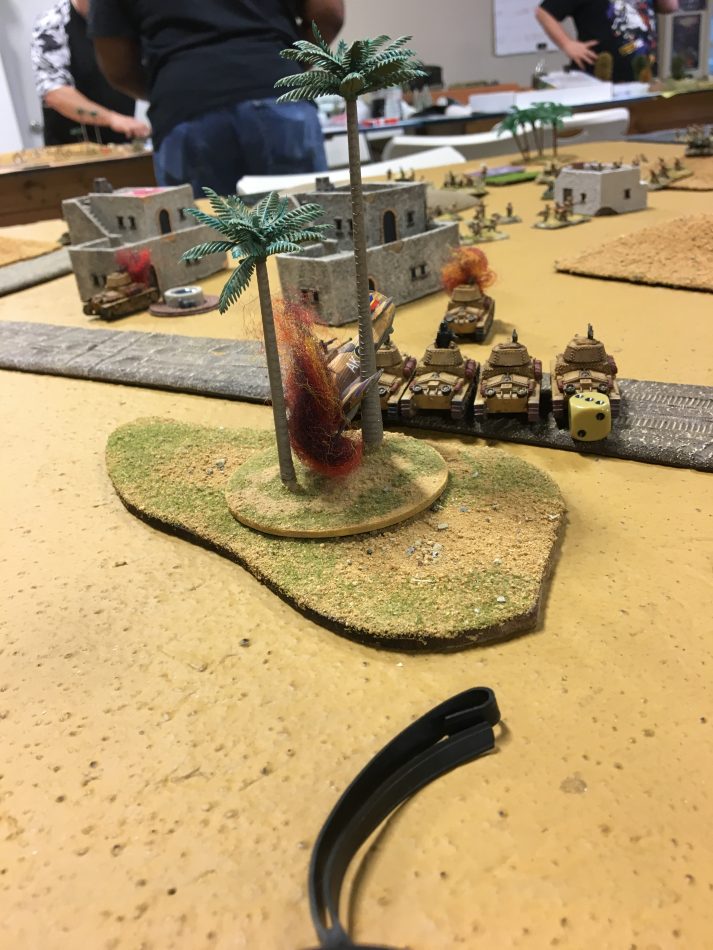 We all get into wargaming for one reason or another. Maybe you have a certain interest in a historical era, you enjoy the ruleset of the game, or maybe you just like how the models can be painted. For me, I got into wargaming on a lost bet.

Back in 2016, I was a card flopper and being heavily involved in card gaming with moderate success. The game I played was going in a direction I really wasn’t happy with and at my local game shop was a wide selection of miniature games. I had always had an interest in Flames of War as I was a historical re-enactor and a US History major in college.

In stepped Chris “I’m walking here” Johnson to make me a deal. If anyone knows Chris, he is a four-time Battlefront National Champion, and secretly Bill Bellichick in disguise, so he knows a thing or two about Flames of War. He was the miniatures representative at my local shop at the time and had been trying to get me into Flames of War for years but I always declined. This time, he made me an offer I couldn’t refuse. Chris bet me on a coin flip; if I won, he would buy me any box of cards I wanted. If he won, I had to buy into Flames of War. I took the bet, and lost.

Being a man of my word, I bought into Flames of War. Now that I’ve given my back story on how I got into the game, this is the part where I will go over what new players to the game might expect to face. I decided that I wanted to play German, and only German. Specifically, I wanted to play the 9th SS Panzer Division. So I bought the old Ramsch’s Charge starter army, a box of 15 cm heavy artillery and the most iconic German unit; the Tiger 1E platoon.

I built everything, got it base painted and started learning how to play. Now like most brand new players to wargaming, I came in with the mindset that I was going to play SS Panzers and only SS Panzers. I learned the basics of the game, and got a general understanding of the game but generally didn’t do well. I found out quickly that when you want to play elite units, you won’t get a lot of models on the table. In Flames of War, sometimes you can have the best equipment, the best troops, and the best-trained units, but attrition plays a huge roll in the game.

After a few games, I decided that maybe only playing SS units was not a solid strategy. I began to move towards playing regular Heer units and decided to pick up some heavier armor. Like most new players to the game might think, I decided to pick up Panthers, Jagdpanthers, King Tigers and Jagdtigers. My thought was these units were so heavily armored and heavily gunned that they would be unstoppable. Again, I ran into the same issue; attrition. I couldn’t field enough units to deal with the US Sherman swarm or the Russian waves of human garbage. Flames of War is a trial and error process. You need to try different things before you get the right list, the right strategy or the right nation.

Fast forward a few months and I was playing in my first tournament. A late war tournament under the V3 rules. It would be the last one under V3 as the new V4 rules were coming out in a few weeks. I had done a lot of testing and decided to play the Hermann Goering Eastern Front StuG Company. I felt this list was solid enough to go into my first tournament. I went in not expecting to win, but to hopefully push each game

At the end of the tournament, I went 0-3 and was able to push my final two games to a 4-3 loss. Overall, I enjoyed the experience and learned a lot about the tournament scene. For any new players hesitant about playing in tournaments because they feel like they may not know the rules as well as others, or they feel like they’re not as good as other players, my biggest piece of advice is to go and play in that tournament. You’ll learn more about the game from playing in a tournament than you will just playing pick-up games with friends.

I continued playing and got better and better. I had taken some time off to go back to card flopping, as I had an invite to the games national tournament in 2017 and I was acting like an old grognard and initially didn’t like the change from V3 to V4. After almost a year off, I came back into the game in January 2018 and decided to give V4 another chance. What I found was I actually loved the V4 rule set and went full force into Mid-War.

Keeping with my theme, I wanted to play German Afrika Korps and picked up everything I would need to run Rommel’s Afrika forces. Once again, I ran into the same issue; I was so set on playing a certain nation and a certain list and didn’t consider other options. When the Italian Mid-War book, Avanti, was released I was skeptical. Being a history major I didn’t believe the Italians would be good as historically they were not an elite force. Well, I decided to test it out. 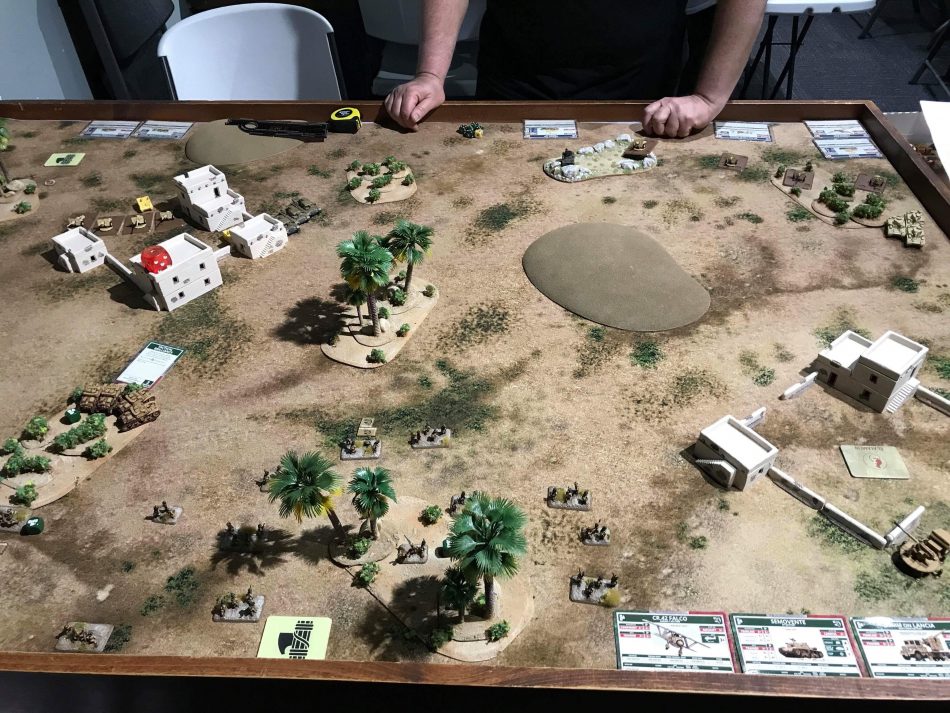 In stepped my arch-nemesis; Chris Johnson. I got a few games in with him using my Afrika Korps rifles against his Italian tanks. Upon playing I learned something; Italians in Flames of War are REALLY good! I forgot that Flames of War is a game and not a simulation. Sometimes in this game, forces that may not have been good historically, are very good in the game as Battlefront really tries to balance things out, something I truly love about this game.

I was blown away and decided to step out of my comfort zone and do something completely different, and purchased an entire Italian mid-war force. For the next seven months, I dedicated my time to playing and learning the strategies associated with the Italian forces and became fairly good with them. This was all leading to the culmination of my gaming season; the Canadian National Tournament. 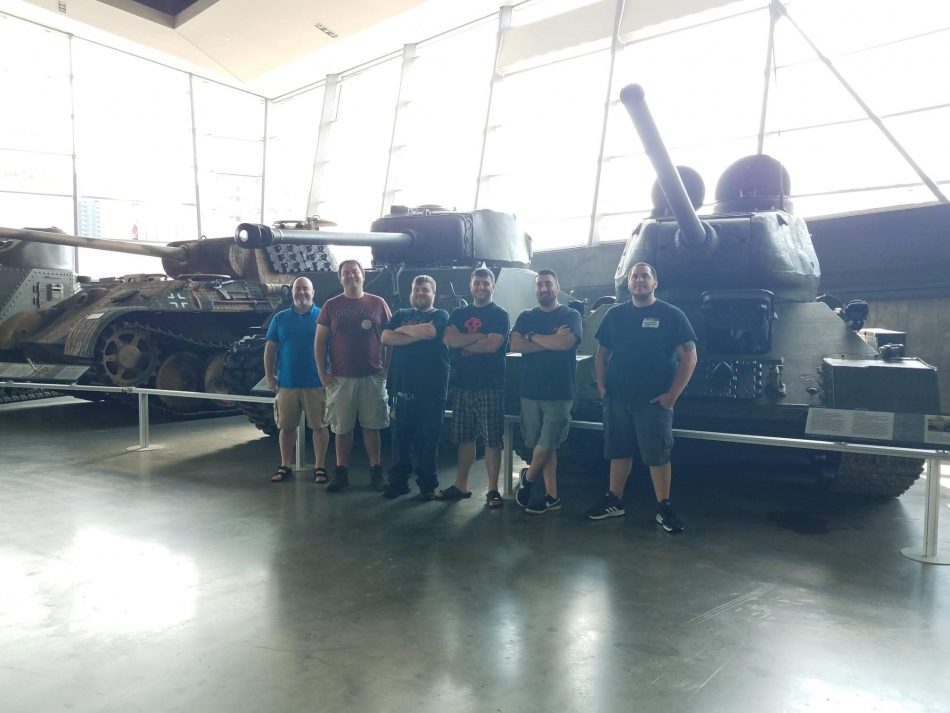 I was introduced to Matt Varnish, Matt McKenzie, and Scott Roach who I have kept in contact with since, and have even traveled back to Canada to see them. Sometimes going to a tournament beyond your local group, you’ll meet new people and make new friends and I think that’s the biggest take away from every tournament. Not winning, not prize support but the people you meet along the way and that to me is what really brings the wargaming community together.

I have met some incredible people from my time and travels in this game, and learned a lot about the game, and the people who play. The best piece of advice I can give to new players is don’t be afraid to fail. Play in that tournament, try that new list, play a different army. You’ll be surprised how far you’ll come in this game just by trial and error, and maybe one day you’ll become the next Battlefront National Champion. 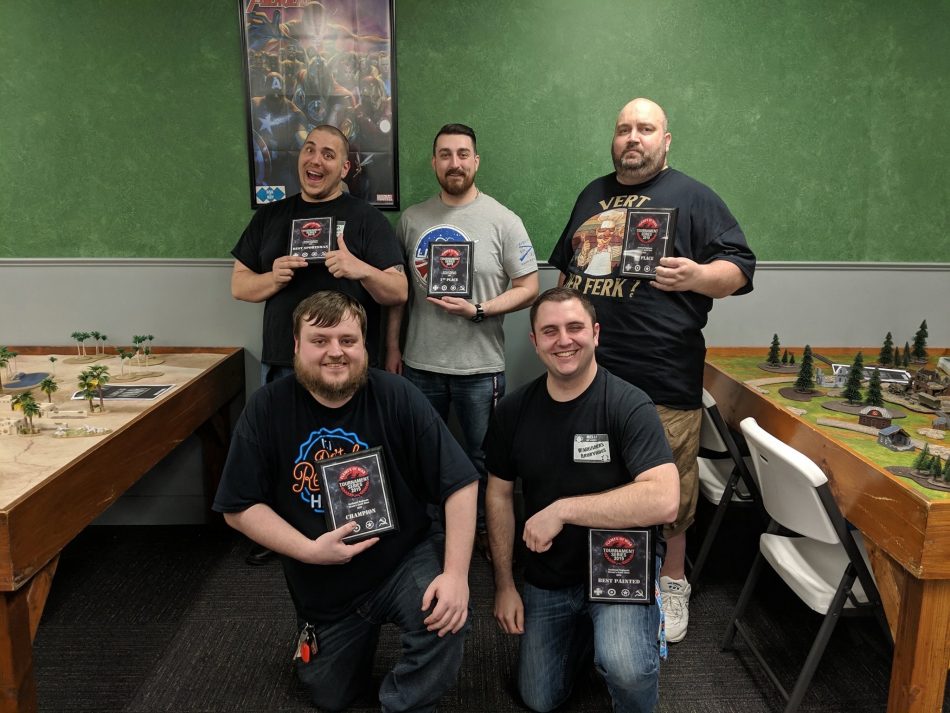