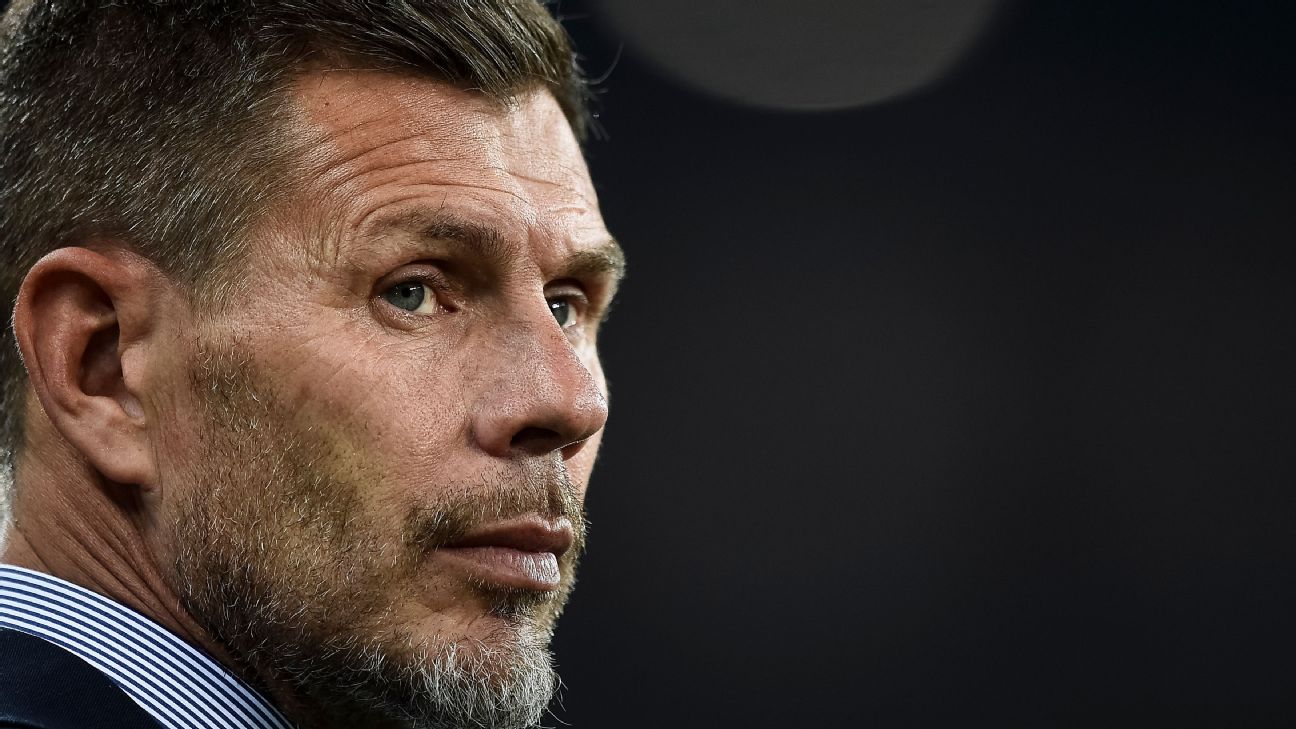 Remember playing dodgeball? Remember the kid who didn’t really want to play anymore, and so he would race madly toward the other team, knowing that he’d either miraculously eliminate everybody or, more likely, get out within seconds, before perhaps walking off with a wry grin?

On Feb. 22, AC Milan chief executive Ivan Gazidis visited the offices of Italian sports newspaper Gazzetta dello Sport and offered up the party line in a long interview. He talked about how the plan to restore arguably the biggest brand in Italian football — a club with more European Cups than any other, save Real Madrid — was very much on track.

Rumors had been rife that there were competing visions for the club, with the ex-Arsenal CEO on one side and the resident club legends Zvonimir Boban, chief football officer, and Paolo Maldini, technical director, on the other. Or, as local media put it somewhat more poetically, there were “two souls” inhabiting the body of this slumbering giant.

“No, there aren’t two souls here. … It’s just not true,” Gazidis said. “There’s only one Milan, with a clear project and we’re all working together. Not every difference of opinion is a clash.”

Corporate-speak? Sure. But then came the response, when Boban arranged his own interview with Gazzetta dello Sport and got a few things off his chest.

The two souls of Milan? “Until a few days ago, I didn’t think it was true either. … Unity means respect.”

Reports that Gazidis sounded out Ralf Rangnick, head of sport and development at the Red Bull clubs in Leipzig, Salzburg and New York, to become the coach/director of sport? “Doing so without our [Boban and Maldini’s] knowledge was disrespectful and not classy … destabilising too, at this moment in time.”

Boban then added how important it was “for the good of Milan” that a meeting set up with the owners, Elliott Management, happen “as soon as possible.”

Not only is Boban contradicting his boss, but he’s saying he needs to go above his head, and he’s doing this all in public for maximum effect. It doesn’t mean he’s wrong, necessarily; there is such a thing as the “greater good” and sometimes you need to blow the whistle. But when you do, it always ends one of two ways, like in that dodgeball analogy: Either your mad dash allows you to win the game or, more likely, you’re eliminated within seconds. 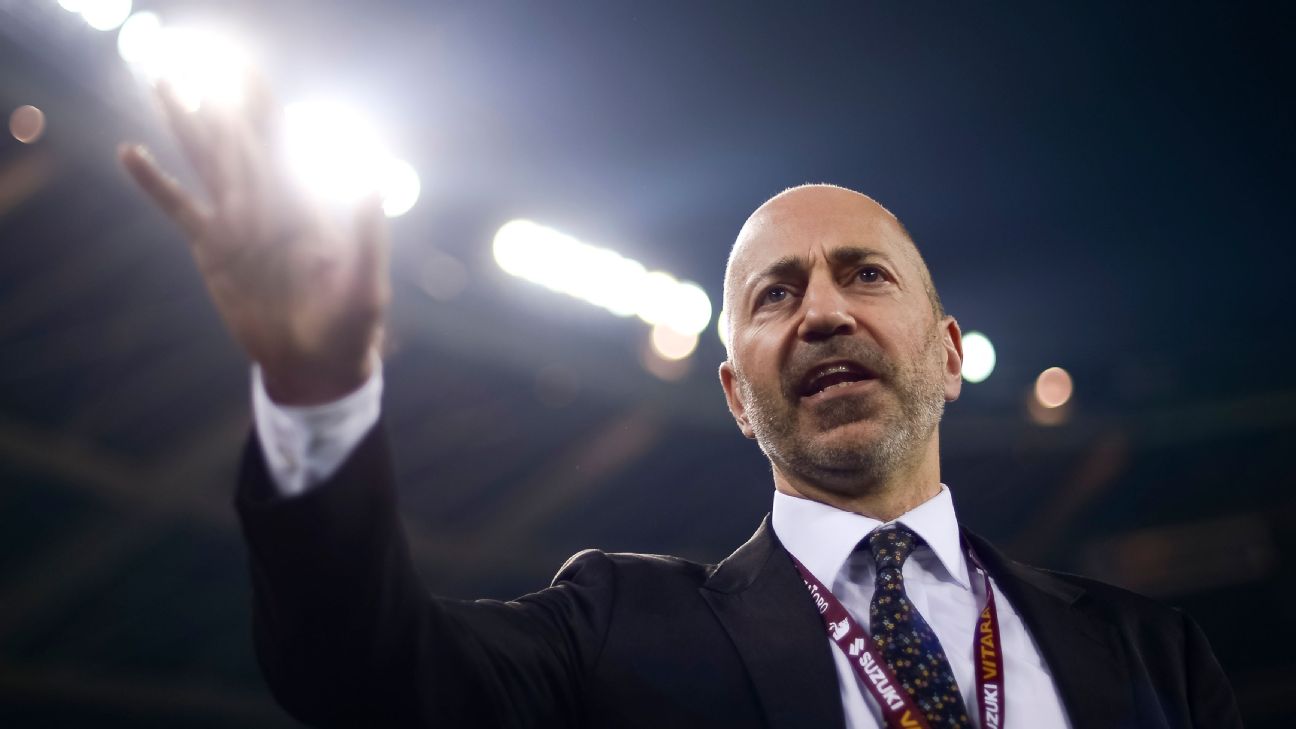 Gazidis was full of corporate-speak in recent media appearances, but it’s clear all of Milan doesn’t yet share his vision forward.

Just to make sure folks got the point, Boban’s interview was littered with facts and allusions. He underscored how he and Maldini “represent the history and values of a great club,” how important the club’s “Milanese and Italian identity was,” and how essential it was to hang on to a trio of high-earning veterans: goalkeeper Asmir Begovic, defender Simon Kjaer and, especially, Zlatan Ibrahimovic.

I don’t recall the last “him or me” of this magnitude at a football club involving high-ranking executives, and it broadly speaks to two things going on at Milan. One is that, yes, there really are competing visions for how to restore Milan to greatness and Boban’s words laid them out. The other is that putting club legends in executive roles with real power comes with risk.

Both visions, you presume, agree that the club needs to be turned around, both financially and from a sporting perspective. There has been a shocking string of poor decisions from the final years of the Silvio Berlusconi era (1986 to 2017), through the ill-fated Li Yonghong ownership, to Elliott’s first season, when they took over after loaning Li money and he defaulted on payments.

Since 2014, Milan have made pre-tax losses of around €543 million ($600m), with nearly half of those coming in 2018 and 2019. They were banned from Europe this season for breaching Financial Fair Play regulations — hardly a surprise given those numbers — and haven’t finished in the top four since 2013. To avoid another ban, they need to improve the books.

Of course, this is extremely difficult to do. As any personal finance self-help book will tell you, to make budget you either cut costs, increase revenue or both. The challenge is straightforward to understand but difficult to execute.

player trading (buying low and selling high). All, to varying degrees, are led to success on the pitch.

Box office means stadium revenues. Milan have the 13th-highest attendance in Europe’s Big Five leagues — this season’s average is 53,957 per game. They are working on a new stadium to generate more revenue, but that will take time. Commercial revenue is down to Gazidis’ crew; it’s too early to judge in this department. The other three are in the sporting department and there’s a continuum here.

At one end, you gamble, spend big to send out the strongest possible team, achieve results, collect prize money and greater media revenue and perhaps sell your stars while replacing them with other stars. At the other end, you’re still gambling. It’s just that you do it by playing Moneyball: cut costs, take risks on youngsters and unproven players you think are undervalued, drive hard bargains when buying and selling.

Neither Boban nor Gazidis is at either extreme of the spectrum, but it’s pretty evident that they’re not in the same place.

Boban has little experience in his administrative role at Milan, but he’s clearly testing Gazidis when it comes to the right way forward for the under-fire club.

Boban’s actions leave little doubt that he feels constricted by Gazidis. It’s not so much a question of “either he goes or I go,” but more a question of “either we do things my way and Gazidis just worries about stadiums and sponsors and stuff like that or I’m out of here, slamming the door on my way out.”

It’s not a battle he’s going to win. Partly because when Elliott hired Gazidis, he presumably laid out a plan to illustrate how he was going to grow revenue and improve success on the pitch. And partly because, frankly, Boban has done nothing to make himself irreplaceable. He has been in the job less than nine months. And, in fact, it’s the only club job he has had since retiring as a player 18 years ago. There’s no prior track record, and there isn’t much of one at Milan: Some signings were his, some weren’t, some were good, some were bad.

If there is some encouragement to be had, it’s that the hard-core fans see right through all this posturing. They issued a statement lamenting the fact that the club’s dirty linen was being washed in public, while noting that those in charge of the sporting decisions (Boban and Maldini) made “poor decisions, to say the least, both in terms of players and manager.” But, at the same time they said they were well aware of who put them in charge: Gazidis and Elliott.

Which brings us to that second point: the risks involved in putting club legends in actual senior decision-making positions, especially when — as is the case with both Maldini and Boban — they have no prior experience in these roles. Just as the vast majority of star players-turned-managers have to work their way up through the ranks to some degree (yes, there are exceptions, but they’re very few), you’d expect those wanting to be technical directors or directors of football to learn the ropes elsewhere or work their way up internally.

Sure, they bring instant goodwill and credibility. Boban and Maldini are intelligent, charismatic guys. They hark back to the glory days while at the same time lending legitimacy and popularity to the owner who appoints them. (Which is not insignificant, given how Elliott are perceived, as owners interested only in the money they’ll earn when they sell up.)

But all of that goes away pretty quickly if results sour or, as happened here, they go rogue. Which may explain why, apart from club ambassador-type roles, legends in charge of the clubs they played for are rather rare. If you were a cynic, you’d suggest it may have to do with the fact that their post-retirement career can’t live up to what they achieved as players and that, simply put, they don’t really need the job — not just financially, but in terms of personal fulfillment and prestige. And that means they feel free to go wild on the dodgeball court.