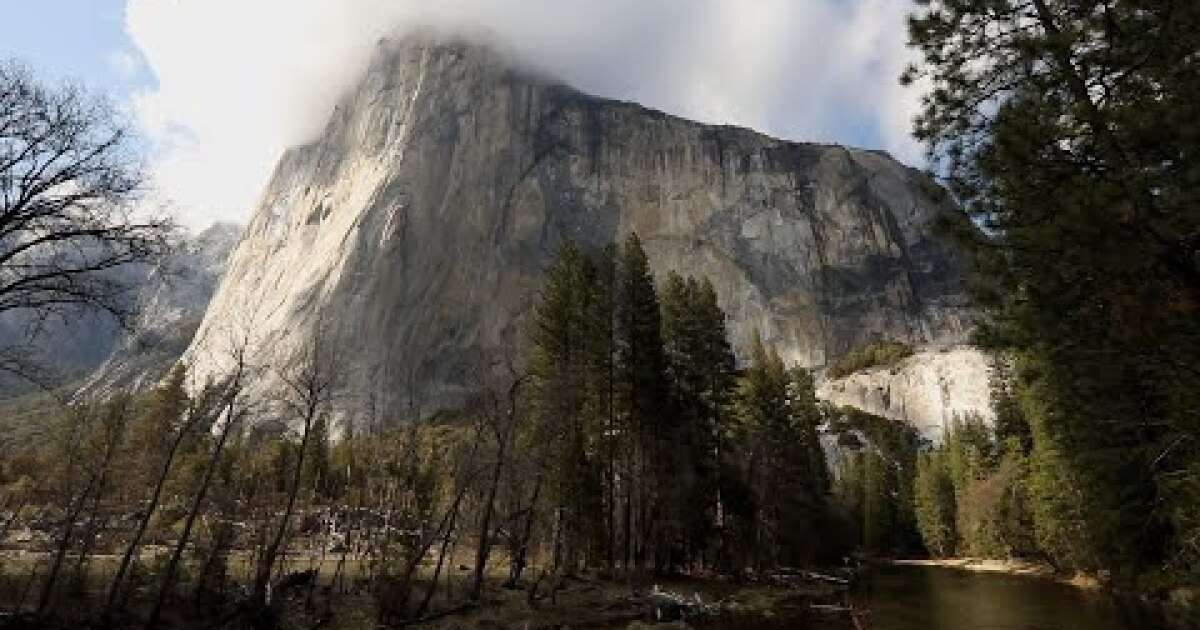 Yosemite Village is normally a crush of humanity and traffic congestion. On Saturday, it was peaceful like few times before — the only sounds coming from the wind and the few local residents.

A young bobcat ambled by the nearly abandoned administrative buildings, while ravens prattled and danced in the empty parking lots, and coyotes trotted along the valley’s empty roads and walkways.

Tourists aren’t allowed in California’s most popular national park, but if they could visit, they might feel as if they had been transported to another time. Either to a previous era, before millions of people started motoring into the valley every year, or to a possible future one, where the artifacts of civilization remain, with fewer humans in the mix.

On March 20, the national park was closed to prevent the spread of the coronavirus — leaving the 7.5-mile-long valley to only a skeleton crew of 100 to 200 park service employees and an unknown number of concessionaire workers.

This month is typically a busy month in Yosemite: Of the almost 4.6 million tourists that visited the valley in 2019, about 308,000 came during April.

But on this spring day, the air was crystal clear — not a hint of diesel or exhaust tainted the sweet, spring breeze. And the valley was nearly silent, except for the rushing waters of the Merced River and the wind blowing through the ponderosa pines. 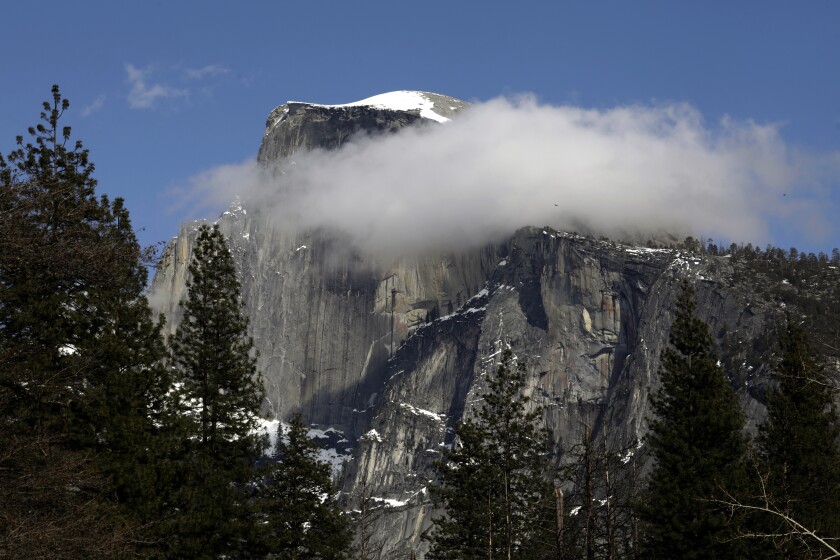 Yosemite Half Dome dusted with snow and clouds in Yosemite National Park is closed to visitors due to the coronavirus.

“You couldn’t ask for a better place to be isolated,” said Warren McClain, a saucier at the Ahwahnee Hotel who has worked in the park since 2017.

He and his co-workers, Dane Peterson and Billy Sanchez, were skateboarding and cycling along Northside Drive, just east of Horsetail Fall, soaking in the bright, warm sun.

Wildlife is coming out of hiding now, they said, as it did during previous government shutdowns of the park — in 1990, 1995, 2013 and 2019. The difference is that this park closure is expected to be the longest on record.

“The bear population has quadrupled,” said Peterson, noting a surge of large megafauna into the fields, thoroughfares and open spaces of the park.

“It’s not like they aren’t usually here,” he said of the bears, bobcats and coyotes that he and other employees now see congregating outside their cabins and apartments. “It’s that they usually hang back at the edges, or move in the shadows.”

Just three days after a snowstorm blanketed the region, spring has come to the valley. The sun was bright, the air clear, and fronds and green sprouts of vegetation burst through the dirt.

A healthy-looking coyote, still adorned in her winter coat, stalked and then captured a fat gray squirrel outside the entrance of Camp Curry. She grabbed the rodent by the neck, shook it and then proceeded to eat it whole, saving the tail for last.

The few employees sheltering in place are taking advantage of the valley’s unimpeded natural amenities. Some are hiking to Mirror Lake and the falls, enjoying trails that are empty aside from the critters.

As of Saturday, the valley was completely free of the virus. Nobody was wearing masks.

And social distancing didn’t seem to be happening — except at the Village Market. A coyote wanders around Curry Village in Yosemite Valley.

Only 10 people at a time are allowed in the small grocery store, and three wash stations are outside the entrance. Customers are required to scrub and disinfect their hands before entering.

“If the virus comes into the valley, it’s going to come through here,” said Ken Concroft, a market employee who was managing the wash stations out front. He said the biggest risk comes from visitors who own property in places such as Foresta and The Redwoods, which are inside the park boundaries.

He and other employees fear “people who are from the city” visiting their second homes and inadvertently bringing the virus with them.

He said three visitors had come in that morning. A young bobcat hunts for a meal in Yosemite Valley.

Entry at the park gates is permitted only to employees, essential workers and those who can show the deeds to their houses.

The wash stations, social distancing measures and newly installed plexiglass sheets that separate customers from cashiers are all steps the market has taken to prevent the spread of virus in the valley.

Get our free Coronavirus Today newsletter

Sign up for the latest news, best stories and what they mean for you, plus answers to your questions.

You may occasionally receive promotional content from the Los Angeles Times.

Concroft was interested to hear that many stores outside the park are now prohibiting the use of cloth bags, eyeing them as sources of viral transfer.

“We’ll have to consider that, too,” he said. “We’re doing everything we can to keep it out.”

For gateway towns such as Oakhurst, Mariposa and Groveland, Yosemite’s shutdown has hobbled numerous businesses, as it has in communities near other closed national parks. Outside of California, some of those closures have come recently and followed weeks of controversy, in which town leaders accused the Interior Department of being slow to close parks as a protective measure. Char Miller, a historian at Pomona College, said the park probably was very similar today to how it appeared to visitors in the 19th century.

He referred to journal entries, written by early visitors, such as Alice Ives Van Schaack, who visited Yosemite in 1871 and marveled over its natural wonders and majesty. Upon seeing Yosemite Valley for the first time, she later wrote, “I felt Heaven itself could not be much lovelier.”

Miller said that geological marvels such as El Capitan and Half Dome “remind us of how short our time is here.”

“One thing we can know for sure is that Yosemite is enduring,” he added. “It was here before us, and will remain after we leave.”

Los Angeles Times reporter Susanne Rust and photographer Carolyn Cole are embarking on a road journey throughout California. They aim to give voice to those in remote parts of California as they grapple with the worst health and economic calamity of our lifetimes.