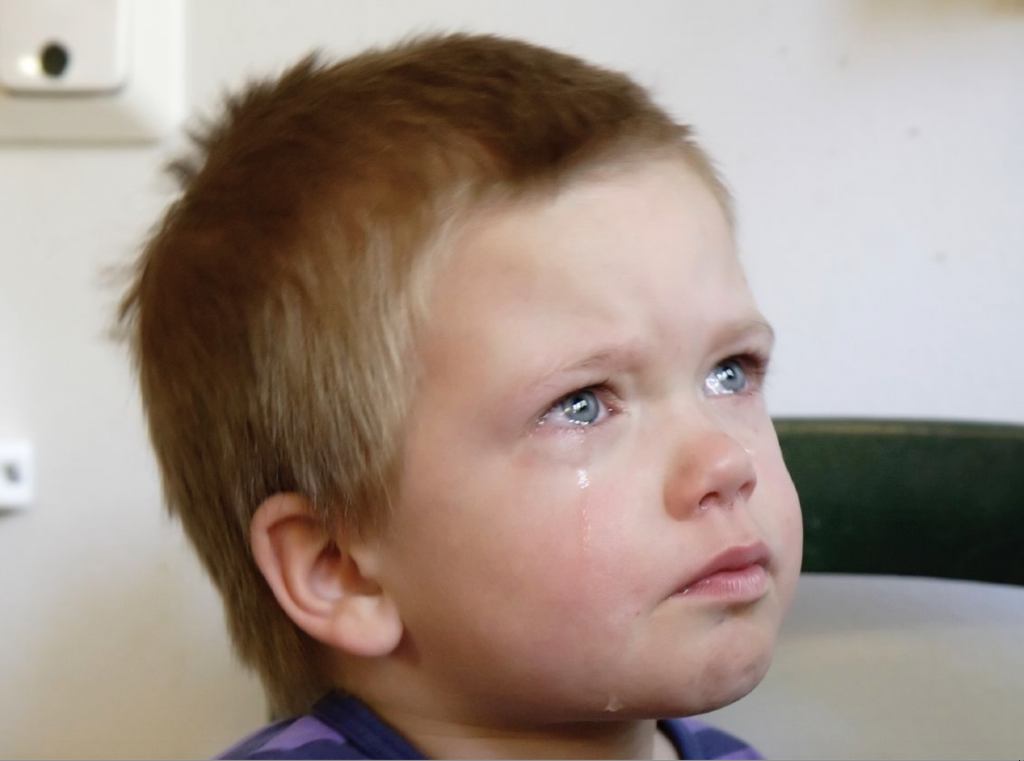 “I receive more threats than I could count; it’s almost every week.”  Jim Acosta

Amy Smith is an important members of a group of bloggers who deal with sexual abuse. Those of us in that community are often not at liberty to share with our readers some of the more difficult aspects of our work. Sometimes, it involves legal issues. Other times, it involves threats. Sadly, for some of us, these threats come from people who mistakenly believe that their disgusting missives could qualify as *standing up for Jesus.*

Amy received three emails the past Saturday. She has since been in communication with the Texas Rangers who have been more than helpful.

On Watchkeep, Amy posted Greg Kelley emails to me: If you chose to ignore me. You will highly regret it. I’m not playing around anymore. You are absolutely disgusting…

Who is Greg Kelly and why did he take a plea deal involving a charge of molesting a 4 year old boy?

Amy Smith and TWW reported pop and followed accusations, arrest and trial of Greg Kelly. In her post, Amy reported this back ground.

In 2014, Kelley was found guilty of the aggravated sexual assault of a 4-year-old boy at a Leander in-home daycare. On Wednesday, that conviction was overturned by the state’s highest criminal court. Kelley is now a free man, that doesn’t mean the 24-year-old is ready to move on. “We want to make sure we get down to the bottom of this,” said Kelley.

But Kelley’s attorney, Keith Hampton, says charging another suspect in the case could be problematic. “You might think it’s an easy case to prosecute, but it’s not straightforward,” said Hampton.

The Court of Criminal Appeals court cited new evidence and a “deficient police investigation,” as reasons Kelley’s conviction was overturned. Some of that evidence were images of Kelley and Johnathan McCarty when they were in high school. At the time, they looked very similar. McCarty’s mother ran the daycare where the 4-year-old was allegedly molested.
Hampton thinks there’s enough evidence to make Jonathan McCarty a prime suspect but says that doesn’t mean he’ll ever be charged. “This particular child said Greg. And he’s never said anything but Greg and he said it under oath. It’s testimony, so how does a prosecutor overcome that,” said Hampton.

Since this first occurred in 2013/2014, and some of you had yet to discover TWW, this should help. KVUE posted TIMELINE: Greg Kelley case.

Why was this story being followed by TWW since I tend to focus on churches?

In fact, a church was heavily involved in getting Kelly exonerated. Dee had the unfortunate experience of talking with the pastor on the phone. He was quite angry that I believed the 4 year old child who said Greg Kelly put pee pee n his mouth.  In fact, he returned a call when I was in a meeting in DC at a Hampton Inn along with a group of victims and friends from another story. He became so loud on the phone that I held the phone away from my ear, to the amusement of those present.

Here is a conversation that Amy had with the pastor, Bob Brydon, which she recounted in today’s post.

I received a phone call yesterday afternoon from Pastor Bob Brydon of Generations Church who is helping lead the effort to “fight for GK,” the man convicted of super aggravated sexual assault of a 4 year-old boy, in prison for 25 years after accepting a sentencing deal waiving his right to appeal. Bob immediately let me know how offended he was at our statement, saying he considered it “slander.” I asked what was slanderous about it, but he did not answer. He just began a rant about how the “real perp” is still out there on the streets.

The members of this local church, along with the pastor, stood firmly behind Greg Kelly whom they claimed was a devout Christian along with being a so-so (in my opinion) high school football player which in Texas is one step away from being proclaimed a deity.

These Christians formed a group called Fight for GK. They considered Greg Kelly’s conviction a fight against evil. So who is evil? The little boy who reported what Greg Kelley did to him? Frankly, I was shocked by this rhetoric coming from those who claim to bear the name of Jesus. 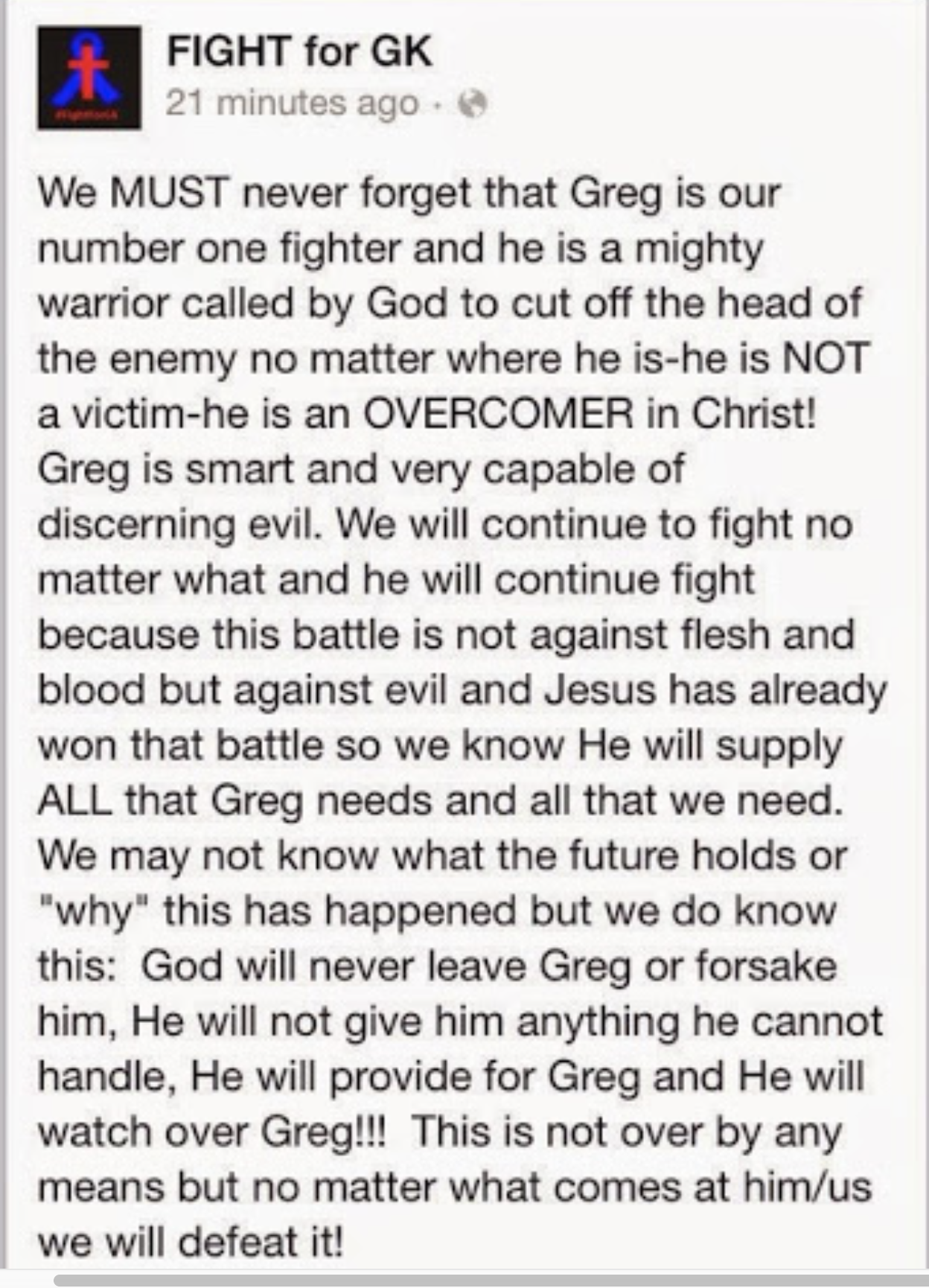 Amy and I wrote a Joint Open Letter to the Super Hero Victim of Greg Kelley whom I still believe.

Both Amy and I were concerned by the ugly crowd in this town which seemed to be focused on overlooking a little boy who stuck to his initial report that “Greg put pee pee in his mouth.” It is extraordinarily rare for a child to lie about such an occurrence. In

fact, some statistics say that 98% of such reports by children are truthful. Read this alarming report.

Amy and I believed this little boy and wanted to encourage him, so we wrote this letter that we know was shared with his family.

Here is a message to those who believe it is slander/ libel/defamation to believe what someone says. Thank God that in the United States, unlike Europe and many other countries, we have the right to express what we believe to be true. So, in the case of OJ Simpson and Casey Anthony, I believe that they *did it* even though they weren’t convicted. I suspect that almost everyone reading this also believes that to be true.

Therefore, suspecting that I will become a target of the attacks of the good Christian people of certain churches in Austin, I want to state that I still believe that this little boy was telling the truth. Let the wretched emails from the church community begin! (PS-For those in Austin who don’t know me, I am a devoted Christian.)

Greg Kelley is now looking for *justice* and accountability.

Please note the T-shirt he is wearing. he is in indebted to those church folks who supported him. 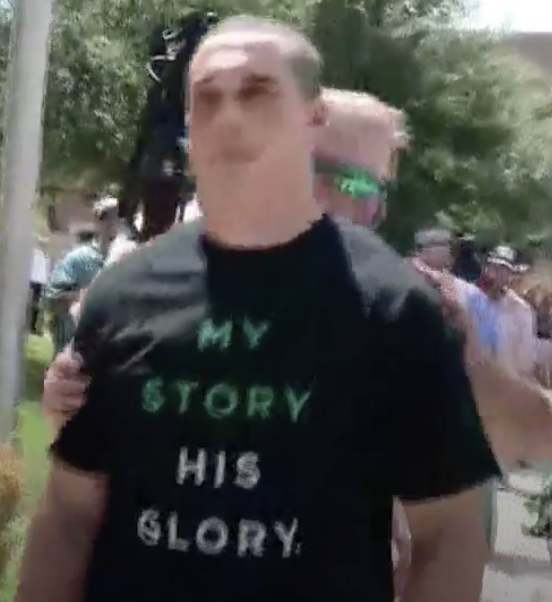 Image from the above video.

So what does this man do to prove that his own story is God’s glory?  He sends these emails to Amy.

If those emails are his, and I can assure you that Amy leaves no stone unturned, then he is a threatening, and possibly dangerous, bully.

Here are his emails which Amy posted on her website. You may view the actual emails there. I am posting her exact rewrites for easier viewing here.

Hello Amy, you might remember me… Greg Kelley. The same guy you said all of those nasty things about when I was being falsely accused and wrongfully convicted?

Well… I’m sure you’ve already heard but I’m exonerated now, all 9 judges of the CCA have declared me innocent.

I just wanted to send you this message because while you were tag teaming with the chief of police of CPPD to slander my name, my family and everyone who loves and fought for me, I was on the sideline taking note of all of it.

Fighting for my innocence is over, now it’s ACCOUNTABILITY FOR THE PEOPLE WHO DID THIS TO ME.

The chief and cedar park is in HOT WATER right now. Don’t believe me? Google it.

I wanted to send you a friendly reminder that I have not forgotten how you were part of the problem and I really don’t like bullies.

*that little stunt you pulled about me living at jakes… that’s all documented.

Let me know if you are interested in resolving this outside of court, my terms are pretty simple.

Let me remind you the false allegation you filed against me at Jakes house IS A CRIME and quite frankly I’m looking for one good reason not to file a law suit on you. That’s right, with the help of the Texas rangers and private investigators you are exposed on so many levels.  Hope you have a good lawyer because I have several. Do the right thing Amy.

If you chose to ignore me. You will highly regret it. I’m not playing around anymore. You are absolutely disgusting and quite frankly I believe a  judge will see it the same way.

(Editor: Amy says she has never filed anything about a Jake mentioned in email number 2 so she doesn’t understand what he’s saying.)

Who is the real Greg Kelly?

As I have said before, Amy has been in contact with the Texas Rangers. Why do I get a feeling that Mr “My Story, God’s Glory” may have been telling a gospel *Whopper* in order to intimidate Amy? I am terribly concerned about Amy’s safety and would ask that law enforcement look into this intimidating behavior.

Even after Kelley was charged with sexually abusing the child and was awaiting trial, he engaged in high-risk sexual behavior by meeting with other people through a website that connects those looking for sexual activity, the document states. And the affidavit goes further, stating that Kelley viewed pornography with more frequency, for longer time periods, and with increasingly deviant content around the time of the alleged abuse — a pattern described as similar to that of a sex offender who is “about to offend.”

Given Kelley’s actions, I continue to believe the testimony of the little boy. You see, his testimony hasn’t changed through all of these years even though other names have been put forward as potential perpetrators. The DA claims he has no plans to attempt to try anyone else. The only witness, a little boy, will not change his testimony.

I want his family to know that I continue to stand with this little superhero. I believe him. In the meantime, Greg Kelley has given me reason to mistrust him. I always stand with my fellow advocates who continue to stand firm for the abused in spite of threats and worrisome behavior on the part of those in the Christian community who believe that violating God’s commandment to love is just fine so long as it involves a football player or someone who goes to church.

I’ve already lectured Amy on the benefits of concealed weapon permits. In the meantime, pray for her safety. Amy, you are one brave woman!