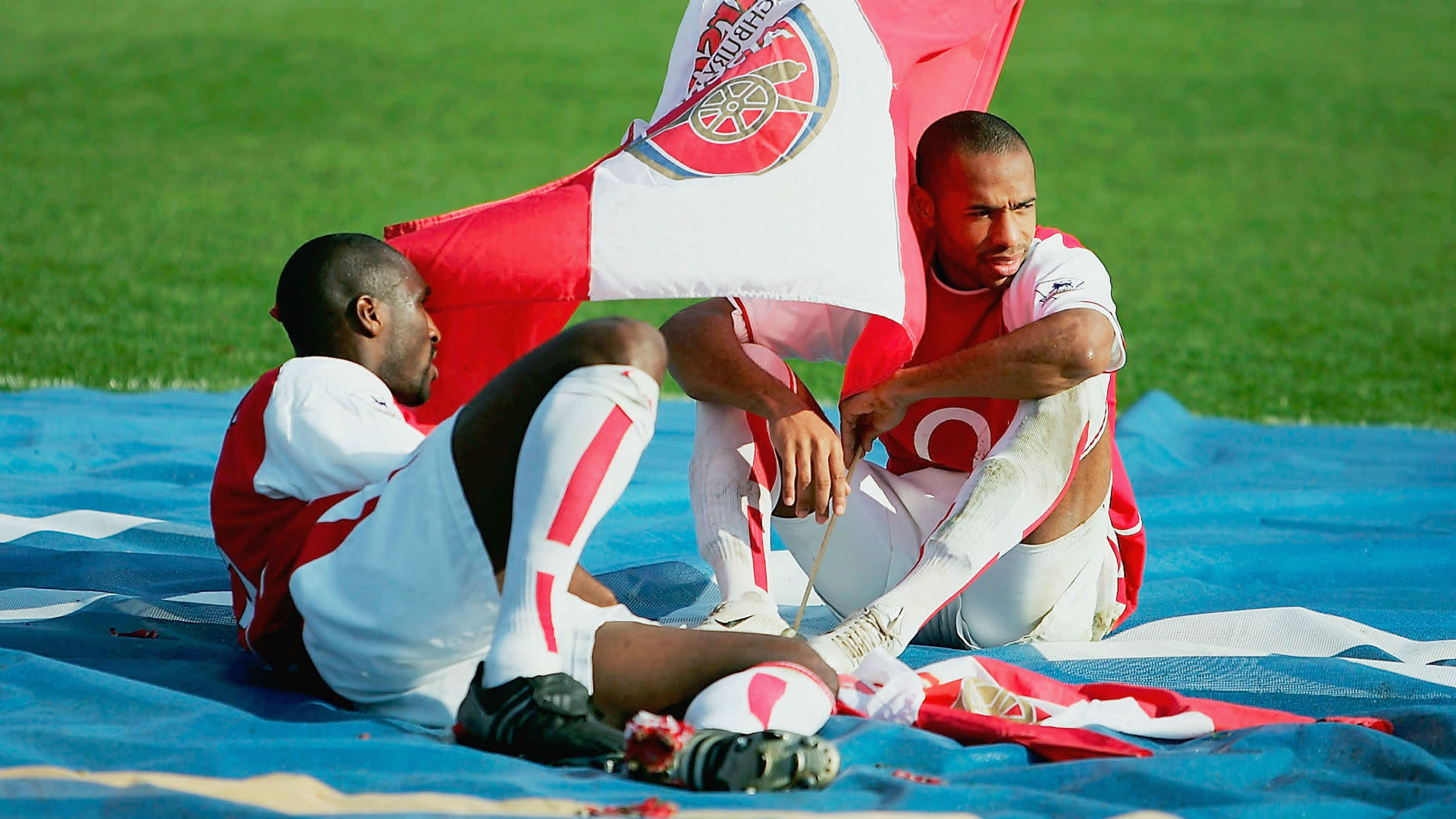 Arsenal’s 2003-04 Premier League Invincibles remain one of the most celebrated teams in the history of European football.

For all the impressive numbers they racked up – from Thierry Henry’s 30 goals to a hefty haul of 90 points – the most celebrated remains a zero.

As Arsene Wenger forecasted a season earlier, his glorious Gunners managed to conquer a top-flight season without a defeat on their record.

It was the first time the feat had been accomplished since Preston North End dominated the inaugural Football League season, although their triumphant jaunt across Victorian England was comprised of a mere 22 games.

There was little doubt Wenger’s Arsenal set a new standard, one that the big hitters in a competition boasting increasingly lavish wealth were soon ready to try and meet.

Here, we look at how the Invincibles measure up to the finest teams to have tried to follow in their footsteps.

After the swaggering French revolution Wenger oversaw in north London, the two most charismatic and dominant figures to grace the Premier League for the remainder of the decade hailed from another of Europe’s former imperial powers.

Jose Mourinho took over at Chelsea and ended Arsenal’s reign in his first season, racking up a Premier League-record 95 points – five more than the Gunners managed when drawing 12 of their 38 games unbeaten.

Chelsea did lose once – 1-0 to a Nicolas Anelka penalty at Manchester City – but won 29 matches to Arsenal’s 26.

Mourinho’s men scored one fewer with 72 but their defensive record was exceptional as they were breached only 15 times, compared to the still-laudable 26 Wenger’s backline conceded in 2003-04.

Henry’s efforts in his last title-winning season at Highbury were supplemented by six assists, a remarkable return many expected to be as untouchable as his team’s feat over the coming years.

Nevertheless, Cristiano Ronaldo set up as many goals and scored one more as Manchester United romped to the second of three consecutive titles in 2007-08, when they also won the Champions League for good measure.

Arsenal’s historic achievement was quickly off the table as Alex Ferguson’s men laboured to two points from their first three matches, but they were electrifying from that point as Wayne Rooney and Carlos Tevez accompanied Ronaldo in a lethal front three.

bettering Henry’s 93 minutes and boasted a slightly sharper conversion rate of 17.8 per cent set against 15.7 per cent.

United’s 27 victories edged the Invincibles, although five defeats meant a points tally of 87.

The idea that Arsenal’s 90 points from 2003-04 would not be enough to win a league title seemed fanciful back then, with Chelsea’s 95-point season feeling like a bit of a glitch owed to the Mourinho golden years.

In 2018-19, Liverpool amassed 97 points, the third highest total in Premier League history, and came second. In fact, it was the highest points total ever by a team not managed by Pep Guardiola.

Manchester City claimed their own landmark title win a year earlier, reaching 100 points on the final day of the season at Southampton as Gabriel Jesus netted their 106th goal, before Jurgen Klopp’s Reds forced them to back it up with 98 to retain the crown. They won 32 out of 38 matches each time

Those two phenomenal teams have made stockpiling victories the new normal. Before the COVID-19 pandemic brought a halt to the league, Liverpool were set to join and surpass City in reaching three figures. A scarcely credible 27 victories from 29 outings amounts to a win percentage of 93.1.

City’s 2017-18 team conceded at a rate of 0.71 goals per game and this year’s Liverpool at 0.72, making them both slightly more porous than the Arsenal, Chelsea and United teams of the previous decade.

Klopp’s current vintage are remarkably clinical, with their 15.59 shots per game lower than any of the teams discussed since Wenger’s Arsenal (14.18). However, both City (2.79 per game) and Liverpool (2.28 per game) scored goals at a phenomenal rate. None of the other three averaged more than Arsenal’s 1.92.

The returns being posted in this new reality dwarf all that has come before but, ultimately, that only heightens the appeal and allure of the Premier League’s most famous zero.

As City entered January 2018 and Liverpool approached March this year without a defeat to their name, Invincibles talk inevitably bubbled away. That frontier only once crossed still matters. It is the ultimate tightrope act.

City and Liverpool sides making mincemeat of the competition still lost – Guardiola’s men twice after the turn of the year and Klopp’s stunningly at relegation-threatened Watford. Arsenal did not, in a division where the competitive balance was not quite as skewed as today. The modern heavyweights have only underlined the unlikeliness of the accomplishment.

Teams in their wake scored more goals, conceded fewer and won more games. As the Premier League’s best continue to stack up dizzying numbers, Arsenal’s last title winners slip a little further down the all-time standings. And yet, it is that nought that continues to define them and their successors. The nothing that still means everything.