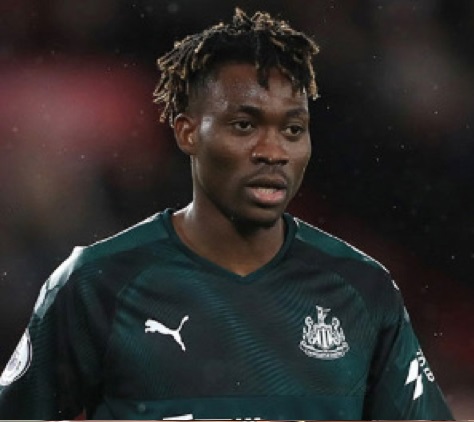 GHANA WINGER Christian Atsu remains optimistic of the Black Stars chances of winning the Africa Cup of Nations in Cameroon this year.

The West African powerhouse have not won the competition since 1982 and after the 3-0 defeat to Algeria, fans have already given up on the team.

However, Atsu, who was player of the tournament in 2015 when Ghana reached the final believes the blend of youth and experience puts the team in pole position to make history.

it doesn’t matter whether you are young or old it is all about what you can do on the pitch.

“As a young player, when you are given the opportunity, you must do your best else you won’t get a second chance unless you are lucky.”

Atsu continued, “We have a very good team, we have to support the team, and we have to expect a lot from them.

“I heard someone saying we shouldn’t expect a lot from these players but what are they going to do in the tournament? They have to go and win.”

The Black Stars open their Africa Cup of Nations campaign against Morocco on Monday, January 10.

How Historically Accurate is the Film “Glory”. Glory tells the story of the 54th Regiment of Massachusetts Volunteer Infantry in the United States Civil War. The 54th was the most celebrated of all black units in the war because it was the first su – International Baccalaureate History