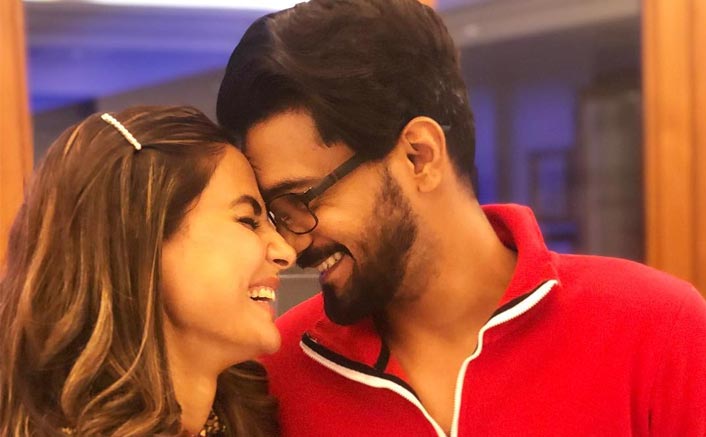 Hina Khan is one of the most popular TV celebrities and her fans love her for being so real despite all the fame and glory. She started her career with Star Plus’s Yeh Rishta Kya Kehlata Hai and is now doing a movie with Vikram Bhatt titled as Hacked. The actress has definitely come a long way. And as far as her personal life is concerned, she has been dating Rocky Jaiswal for a long time now. And their love story is too cute to miss!

While Hina was shooting for Yeh Rishta Kya Kehlata Hai, Rocky was the supervising producer for the show. He liked Hina from day one and confessed that, “We met on the sets of Yeh Rishta Kya Kehlata Hai for the first time where I was the supervising producer and she was playing the lead role. That’s how we met. As for what attracted me to her was her dedication to her work. I have seen a lot of actors, but she is one of the smartest of the lot.”

Time and again, they keep posting their lovey-dovey pictures on social media and their PDA game is next level. Rocky proposed Hina at Bigg Boss’s house when she was a contestant there and she was in tears after the proposal. Their love made the audiences fall for them too!

They have yet not publicly discussed their wedding plans but we can’t wait for these two say, ‘I do’!