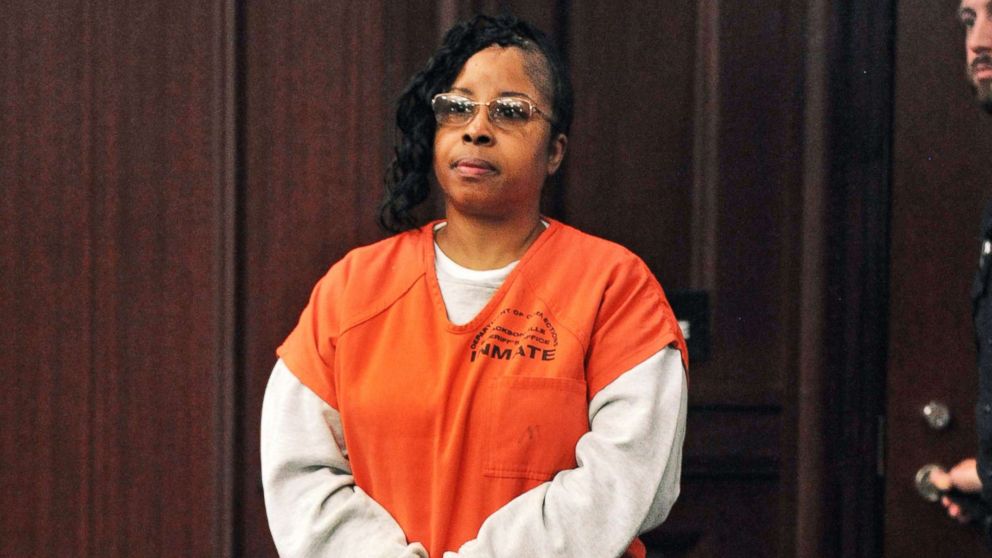  — After a South Carolina woman stood in court this week and pleaded guilty to abducting an infant from a hospital nearly two decades ago and raising the girl as her own daughter, many were left asking who would steal a baby? And why?

Gloria Williams admitted she acted alone in 1998 when she walked into a Florida hospital dressed as a nurse and walked out with the newborn, whose name was Kamiyah Mobley. Williams raised Mobley for 18 years as her own daughter in South Carolina, renaming her Alexis Kelli Manigo.

The Jacksonville Sheriff’s Office in Florida released this artist’s depiction of an infant that was taken from a Jacksonville hospital hours after she was born in 1998.

It turns out, dressing as a nurse to make it easier to navigate around hospital nurseries undetected is a common practice among women who have stolen babies from hospitals, John Rabun, the director of infant abduction response at the National Center for Missing & Exploited Children (NCMEC), told ABC News.

The Jacksonville Sheriff’s Office in Florida announced on Jan. 13, 2017 that Gloria Williams, pictured in an undated booking photo, 51, was arrested and charged with kidnapping a baby from a Jacksonville, Florida, hospital in 1998.

Williams’ crime was first discovered when Mobley told a friend she had been abducted as a baby. That tip was sent anonymously to Rabun’s center in 2016.

In 2016, in the weeks after Mobley’s whereabouts were first discovered, Rabun traveled to the hospital in Jacksonville, Fla., now known as UF Health, where Mobley was born. Nurses there recounted to him their memory of the abduction, including the fact that Williams was nearly caught with Mobley before she was able to escape the hospital successfully.

“As she was leaving the mom’s room with (Mobley) in her arms, two other nurses were rushing down the hall with another mother who was in labor,” Rabun said. “They saw Williams, dressed as a nurse, carrying Mobley in her arms, which was against hospital procedure, and told her she couldn’t arm-carry the baby. So she went back into the mom’s room and talked to her for a while, waits for the coast to clear in the hallway, then she takes the baby out.”

Gloria Williams enters the courtroom for a hearing, Feb. 12, 2018, in Jacksonville, Fla.

“That’s how good of con women these women are,” Rabun added.

The NCMEC has confirmed 325 cases of infant abduction — nearly all are female abductors — over the past five decades. In analyzing those abductions, they’ve discovered not only do many abductors use similar tactics to steal babies — like dressing as a nurse, as Williams did — but also nearly all abductors fit a similar profile.

WHAT SHOULD YOU LOOK FOR IF YOU FEAR YOUR LOVED ONE MIGHT BE THINKING OF STEALING A BABY?

Many women who steal babies do so in a desperate attempt to keep a boyfriend or husband they fear may leave them if they don’t have a child to bind them together, analysis of past abduction cases has found. They are of child-bearing age and may already have children at home, the group says. They may pretend to be pregnant, they may have recently lost a baby due to miscarriage or they may suffer from a medical condition that prevents them from becoming pregnant themselves, the NCMEC has found.

They may also visit hospital nurseries while they’re planning their abduction to ask questions about procedures and case the layout of the maternity floor. They might become familiar with hospital staff and may even be friendly to the

“She’s armed with enough knowledge that when she goes into the hospital, she can walk the walk and talk the talk,” Rabun said.

WHAT CAN HOSPITALS DO TO PREVENT THIS?

Hospitals are aware of this threat and have taken an aggressive, layered approach to safeguard their maternity wards against it in the years since Mobley was abducted, Bonnie Michelman, executive director of police, security and outside services at Massachusetts General Hospital and former president of the International Association for Healthcare Safety and Security, told ABC News.

Michelman estimates 80 percent of hospitals in the U.S. now use both electronic tagging for babies and an ID banding system for parents. The electronic tagging system sends an alert if a baby is moved out of the maternity ward, while the ID bands verify parents’ identities. Hospital employees also wear special identification that makes it easy for parents to identify them as someone authorized to hold or transport their baby.

Hospitals have also changed the way they transport babies, requiring them to be moved in bassinets, rather than carried in the arms of a nurse; that makes it more difficult for a would-be abductor to carry a baby out of a maternity ward, Michelman said.

At many hospitals, babies are kept in their mother’s room now, no longer in a nursery, she added.

Hospitals now hold “Code Pink” drills to practice for an abduction attempt and parents are often instructed on how to keep their babies safe at the hospital in their pre-birthing classes, Michelman said.

“Parents don’t need to be alarmed about the possibility of an abduction,” Michelman said. “Hospitals take this very seriously and the best thing parents can do is ask good questions before the birth about what systems and processes are in place to keep their infant safe.”

She also warned parents to think twice about what they’re sharing about the birth of their baby on social media.

“Don’t post where you live. I wouldn’t even post a picture of my child. No details of my personal situation,” Michelman advised.

“What happened in Jacksonville could happen anywhere in the country,” said Rabun, referring to the Williams case. “But it’s a lot harder these days.”

ONE HOSPITAL ON ALERT

Those procedures are something one hospital in Ohio knows well. The Cleveland Clinic Fairview Hospital warned the staff of its maternity ward that the wife of a Cleveland police officer who is already under investigation for lying about having cancer while pregnant may try to steal a baby from there.

A Clinic spokeswoman told ABC News in a statement, “We have taken extra measures to ensure patients are safe and secure at Fairview Hospital. We take this matter seriously and want to reassure our patients that their safety is our top priority.”

Whatever their other sins, women who steal babies often take care of the child as if it were their own, Rabun said, showering them with love and affection.

Kidnap victim born Kamiyah Mobley poses for a snapshot with Gloria Williams, the South Carolina woman authorities say abducted Kamiyah from a Florida hospital just after her birth and raised her under the name Alexis Kelli Manigo. Williams was arrested in January 1998.

“I understand what she did was wrong, but just don’t lock her up and throw away the key,” Mobley said of Williams on “Good Morning America” in January. “I still think of her as Mom. She will always be Mom.”

Williams faces up to 22 years in prison when she is sentenced in May.

How NFL history would change if Bears, not 49ers, drafted Joe Montana