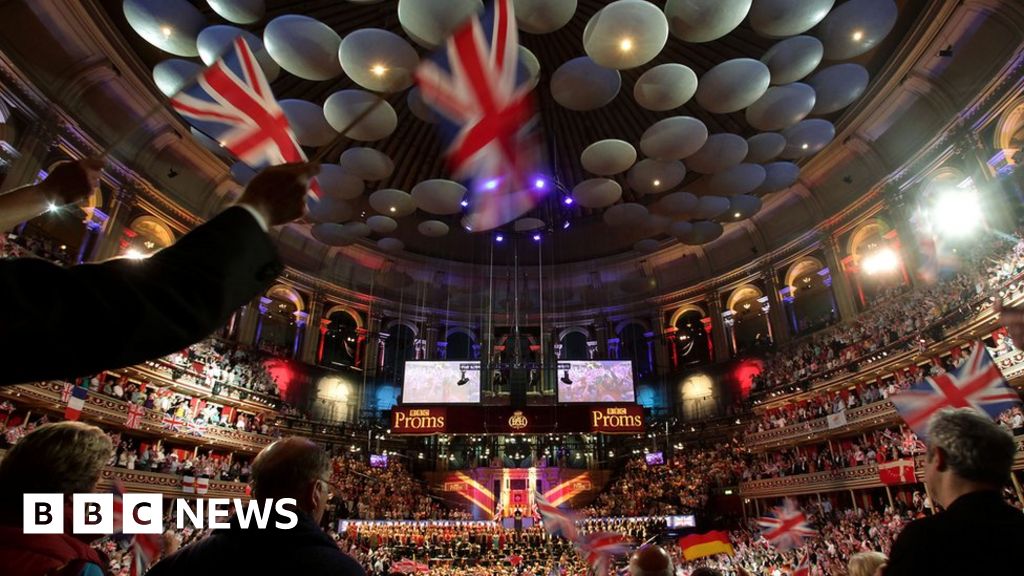 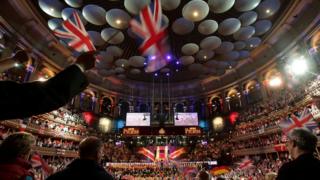 Orchestral versions of Rule, Britannia! and Land Of Hope And Glory will be performed at the Last Night Of The Proms, the BBC has confirmed.

It had been reported the songs could be dropped over concerns of associations with colonialism and slavery.

The pieces are usually sung but will be performed without lyrics this year, although they are expected to be back in full when the pandemic is over.

The concert is due to take place on 12 September but without an audience.

In a statement on Monday evening, BBC Proms said it was announcing the concert’s programme following recent speculation.

It said there would be new orchestral versions of Land Of Hope And Glory, and Rule, Britannia!, as well as a new arrangement of Jerusalem.

“With much reduced musical forces and no live audience, the Proms will curate a concert that includes familiar, patriotic elements such as Jerusalem and the National Anthem, and bring in new moments capturing the mood of this unique time, including You’ll Never Walk Alone, presenting a poignant and inclusive event for 2020,” the statement said.

“In it I remember the Commonwealth nations and am dedicating the work to the Windrush generation,” tweeted the Belize-born British musician.

At the weekend, the Sunday Times had reported both Rule, Britannia! and Land Of Hope And Glory could be dropped from the programme.

The paper said conductor Dalia Stasevska believed it was time “to bring change” to the Royal Albert Hall, in the year that the anti-racism movement gathered pace following the death of George Floyd.

The 35-year-old Finnish conductor, who will be joined by soprano Golda Schultz and the BBC Symphony Orchestra for this year’s classic al finale, declined to comment on the reports directly.

In its statement, the BBC added they “very much regret the unjustified personal attacks on Dalia Stasevska” on social media.

“As ever, decisions about the Proms are made by the BBC, in consultation with all artists involved,” it said.

“The Proms will reinvent the Last Night in this extraordinary year so that it respects the traditions and spirit of the event whilst adapting to very different circumstances at this moment in time.”

All the familiar tunes will be there but in a very unfamiliar setting.

The Last Night of the Proms will still have Jerusalem, the National Anthem and new orchestral versions of Rule, Britannia! and Land Of Hope And Glory.

However, there will be no live audience in the Royal Albert Hall to sing along, and the number of musicians and singers will be reduced and dispersed around the hall because of social distancing.

The music will, the BBC says, have to be adapted to reflect the new circumstances – which means there will be no singing of Rule, Britannia! and Land Of Hope And Glory.

The rumours that the tunes were being dropped for political reasons because of concerns about lyrics extolling Britain’s imperial past has led to a heated debate.

The BBC says the orchestra-only arrangement was how the tunes were first performed at the Proms in 1905, and it’s clear the evening’s two rousing sing-along tunes

would sound odd and perhaps rather bleak with just a handful of singers spread around an empty hall.

It’s understood that the songs will return with their lyrics when the coronavirus restrictions come to an end.

Meanwhile, Jerusalem, another sing-along favourite, will still have its words, as will the National Anthem.

On Monday, Downing Street waded into the row, with a spokesman saying: “This is a decision and a matter for the organisers of the Proms and the BBC.

“But the PM previously has set out his position on like issues and has been clear that while he understands the strong emotions involved in these discussions, we need to tackle the substance of problems, not the symbols.”

Culture Secretary Oliver Dowden also said he had raised “concerns” with the corporation over the Sunday Times’ report.

“Rule Britannia and Land of Hope and Glory are highlights of the Last Night of the Proms,” he tweeted. “Share concerns of many about their potential removal and have raised this with BBC.

“Confident forward-looking nations don’t erase their history, they add to it.”

Speaking on BBC Radio 4’s Today programme, he called for a “compromise” of a single voice performing the tune, rather than the usual sing-along version.

“Let’s just have a single voice singing those words proudly,” he said. “There’s nothing wrong with a bit of tradition, and it’s a beautiful tune.”

Why is Rule, Britannia! so controversial?

Rule, Britannia! was set to music by Thomas Arne in 1740, and its lyrics were based on a poem by James Thomson.

It contains verses such as: “The nations, not so blest as thee / Must, in their turns, to tyrants fall.

“While thou shalt flourish great and free / The dread and envy of them all.

“Rule, Britannia! rule the waves / Britons never will be slaves.”

Land Of Hope And Glory makes similar reference to the “might” of the former British Empire, which some people today find problematic.

Chi-chi Nwanoku runs the Chineke! Foundation, which aims to provide opportunities for black, Asian and ethnically diverse classical musicians in the UK and Europe, said: “We find it offensive.

“These songs are jingoistic echoes of empire and, depending on what side of the fence you’re sitting on, you either feel joyous, emboldened and patriotic and immediately identify with all the sentiments of it.”

“For any conscious black person who is aware of their history, the empire and colonialism, for example, they will struggle to enjoy the patriotic jingoism of these songs.”

She particularly draws attention to the themes of superiority, domination and ownership of black people.

“And the thing is, people continue to benefit from the proceeds of that relationship,” she says. “How are we going to break down the institutional system, if we hang on to these [songs]?”