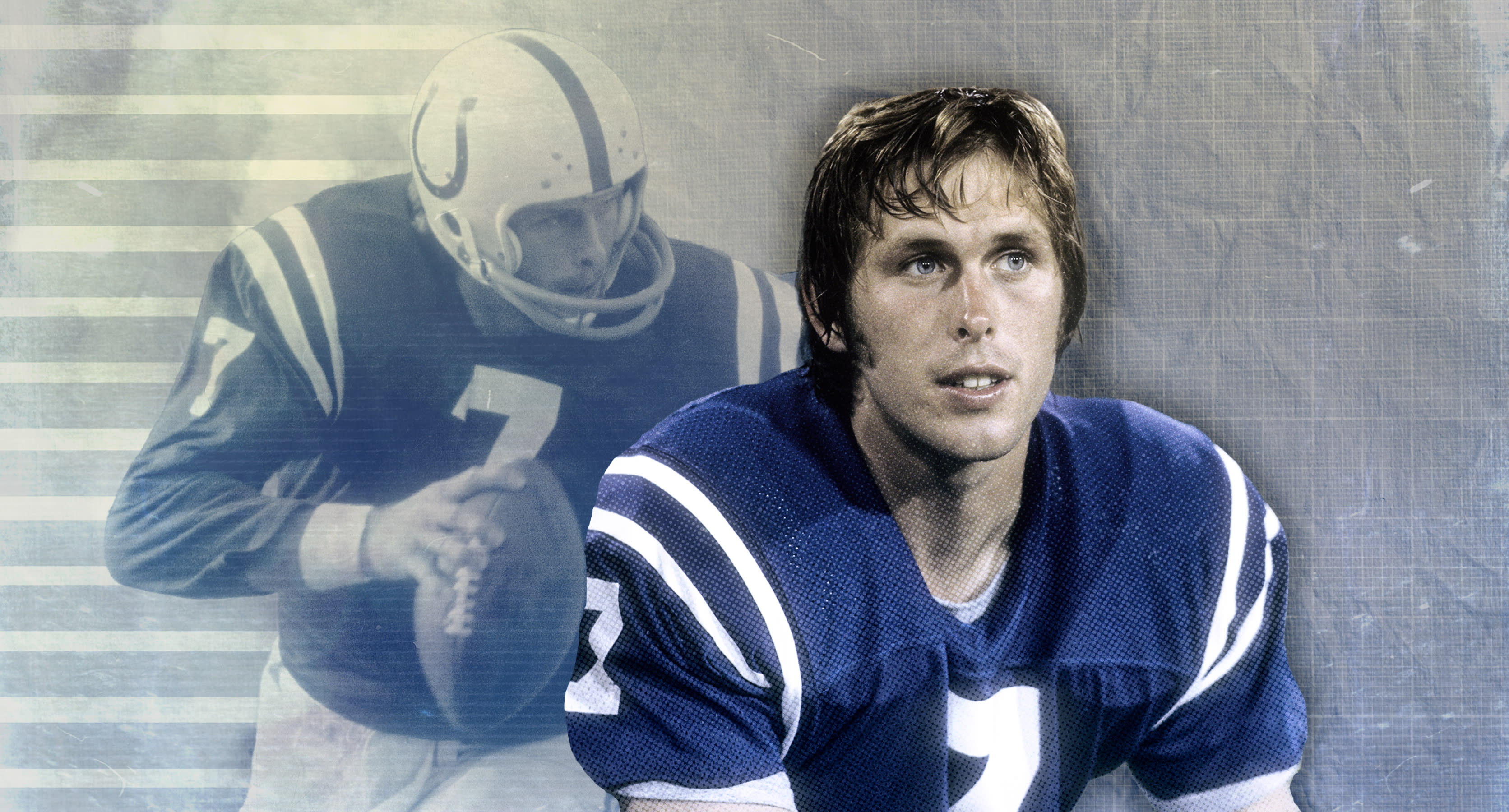 Bert Jones is looking around his office at the lumber company he has owned for decades, searching for signs a former NFL star runs the place. There aren’t many.

There’s a picture of him in a Baltimore Colts uniform, at training camp with his son. And a Sports Illustrated cover on the wall.

“It’s a neat picture,” Jones said, narrating the scene over the phone.

He finds a plaque he hasn’t looked at in a while.

“AFC player of the year,” Jones says, like everyone has one laying around their office. “I didn’t know what it was.”

How about the NFL MVP award from 1976? That’s when Jones was the best player in the game, if only for a short time.

“I think it’s at my parents’ house, probably in an attic or somewhere,” Jones said.

There’s a pause and a laugh.

“I’m ashamed to say I don’t know where it is,” said Jones, who founded Mid-States Wood Preservers in Simsboro, Louisiana, with his brother Bill in 1979. “I should know that, shouldn’t I?”

Bill Belichick: Bert Jones had ‘an arm like no other’

“If you asked me to pick the No. 1 quarterback in the league I’d pick Bert Jones, who else?” Namath said, according to Facenda’s voiceover.

Jones was under an intense spotlight when he came into the NFL. He was the second overall pick of the 1973 draft, about a week after the Colts traded Johnny Unitas to the San Diego Chargers. His first two seasons weren’t great, but it started to turn around in 1975 with the arrival of new coach Ted Marchibroda, one of the top offensive minds in the game for a few decades. In 1976, Jones led the NFL with 3,104 passing yards and threw 29 touchdowns for an 11-3 Colts team.

Jones had good years after that, but nothing like 1976. Shoulder injuries set him back and a bad neck injury ended his career. Jones’ talent stuck with Bill Belichick.

Belichick’s first NFL job was as a special assistant for the 1975 Colts. In 2016, Belichick was asked if he could have any quarterback in history lead his team other than Tom Brady, who would it be?

That’s high praise from the greatest coach in NFL history.

that was a little bit different. But if he played today and was healthy, [we’d all say], ‘This guy’s really good.’

“Once he hurt his shoulder, he was never really the same, but it wasn’t like he was ever not a good player. Some guys are up and down or whatever, but he was always good.”

Bert Jones had an MVP season for the Baltimore Colts in 1976. (Photo by Ronald C. Modra/Getty Images)

If you could go back to the end of the 1976 season, and listen to legends like Namath and Belichick, you’d have thought Jones would have gone on to a long career and been mentioned alongside some of the greats of his era: Terry Bradshaw, Roger Staubach, Ken Stabler and others. Jones was 25 when he won NFL MVP.

The 1976 season ended with a tough playoff loss against the Pittsburgh Steelers, who had one of the greatest defensive seasons in NFL history. Jones’ 1977 season was good but a little down from his MVP campaign.

Then he suffered a shoulder injury and kept trying to play before he was fully healed. In 1978 and 1979 he played in only seven games. His final two seasons with the Colts, the team went 8-21 in his starts. Jones had one final year with the Los Angeles Rams, and his season ended after four starts with a neck injury.

Jones was 31 at the end of that season. He suffered a fractured vertebrae and needed cervical fusion surgery. He still had the talent to play. He competed in a quarterback challenge about seven years later and looked so good that longtime general manager Bobby Beathard asked if he wanted to play again. Jones said he consulted three doctors, and one said he wouldn’t risk playing again after his cervical fusion. Jones had four children and had already started his lumber company. He stayed retired.

“There aren’t any happy endings in the NFL,” Jones said.

There are countless tales of players with legendary talent never panning out for whatever reason. Jones’ story is different. He had some good years, and one great one. He showed how good he was, just not for a long time.

“I certainly wish I hadn’t broken my neck. That’s five, six, seven years cut short, and with the rule changes, who knows how long I could have played?” Jones said. “I look back on my career saying, I was as good of a player as I possibly could have been.

“When I look back on the whole experience, I have fond memories. There’s not a lot of remorse.”

Football was part of Jones’ life from a young age. His dad, Dub Jones, was a receiver on some legendary Browns teams. Instead of summer vacations, Jones was at Browns training camp. He became a star at LSU, a top draft pick and an NFL MVP. These days he said he feels good, and runs his lumber company without bringing too much attention to his football past.

When he is asked about 1976 he credits his teammates, singling out receivers Roger Carr and Glenn Doughty and running back Lydell Mitchell. Even though he doesn’t take a lot of credit for himself, or show off his football accomplishments around Mid-States Wood Preservers, he is proud of his NFL career and the 1976 season in particular.

“I look back on it and I know I was as good of a player as there was in the NFL at that time,” Jones said.