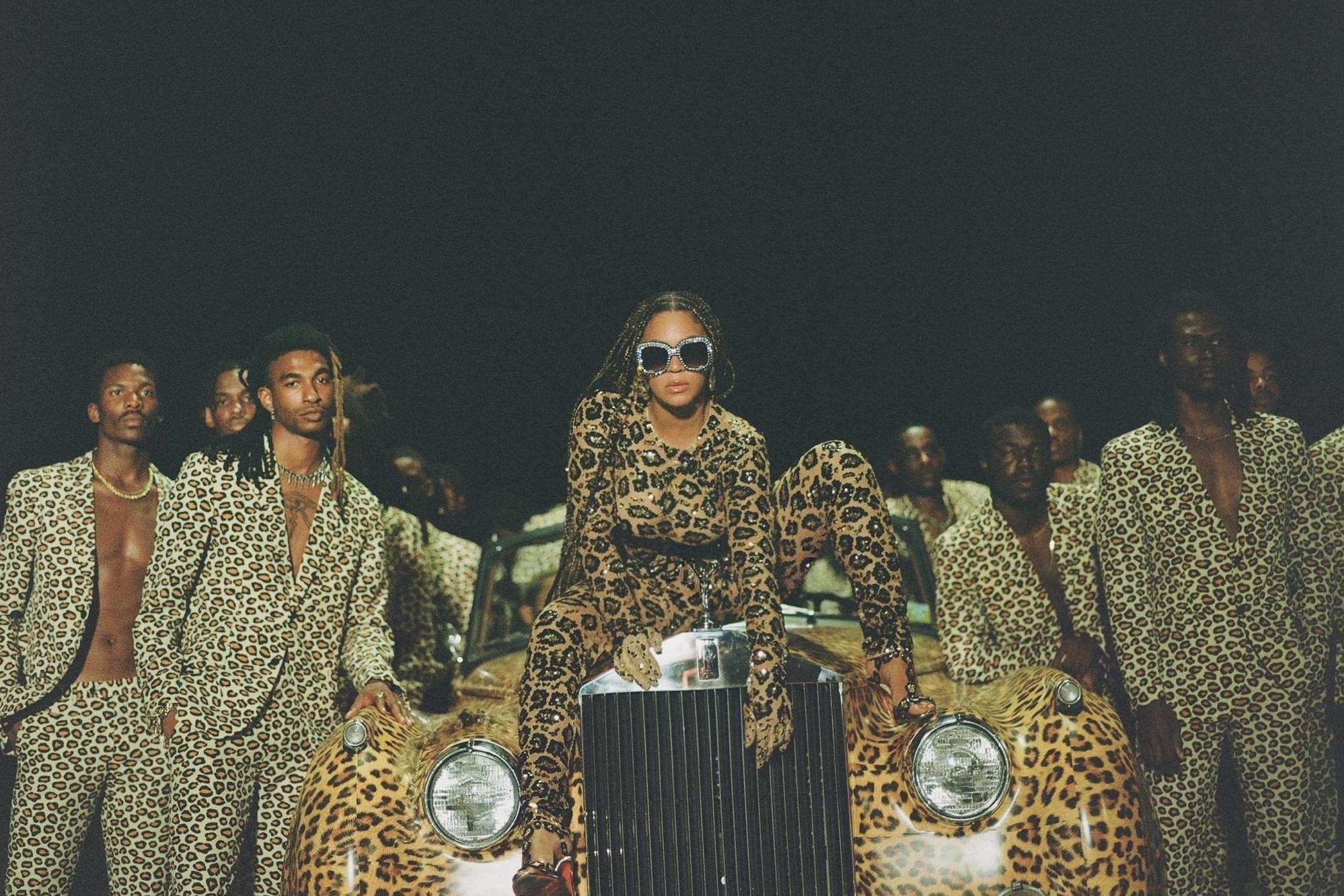 One of the things Beyoncé does best is collaborate – unafraid to share her platform to get the best results. Streaming on Disney+, Black Is King is the visual album for Lion King: The Gift, the soundtrack for 2019’s Lion King. It is a reimagining of the beloved Disney film’s story, following Simba, but with cameos and new faces, too. With lines from the film laced throughout, Beyoncé acts as the narrator and mother figure, guiding us through the story as we travel from London and Belgium to South Africa, Ghana, the Grand Canyon and beyond.

This figurative reimagining already leaves space for more interpretation and creativity than last year’s by-the-book CGI Lion King did. But more than anything, Black Is King is an ode to Black people, the diaspora and blackness in all its glory. If Lemonade was for Beyoncé, then Black Is King is for us.

Black Is King feels like Beyoncé at her best. She’s more experimental with her aesthetics, shots, angles, styling and undoubtedly the music. Black Is King seamlessly jumps through genres, including, R&B, pop, hip-hop and Afrobeats – the latter a genre she has gracefully been invited into. Spine-tingling ballads like “Spirit”, which Beyoncé sings with a choir, sit with “My Power”, oozing with confidence and with a thumping beat and many voices. The execution is a visual feast, each second full of intention. Every shot is a piece of art, from surreal, otherworldly backdrops to the pure opulence of her own home. Beyoncé didn’t set the bar, she created it – and at this point, she is her only competition.

In some ways, the mother of three takes a back seat; she is only in the background of some scenes – like in the wedding sequence, “Keys To The Kingdom” performed by Tiwa Savage and Mr Eazi – and absent from others altogether. She lets her community shine, sharing the stage with a number of Black musicians across the globe, including Shatta Wale, Moonchild Sanelly, Tierra Whack and Pharrell. And for the feel-good pop anthem “Brown Skin Girl”,

an ode to darker-skinned women, Naomi Campbell, Lupita N’yongo and former groupmate Kelly Rowland all make guest appearances. And of course, her eldest child Blue Ivy makes multiple appearances – the real star of the show. Behind the scenes, Nigerian-British director Jenn Nkiru, Ghanian-Dutch filmmaker Emmanuel Adjei and screenwriter Ibra Ake get directing credits. This is a piece of art that truly feels collaborative.

Speaking ahead of the premiere on Good Morning America, Beyoncé expressed hope that the project “shifts the global perspective of the word Black”. And her mission seems to be realised. Across the film, she touches on various elements that fall under the vast umbrella of what blackness can be, including debutants and old Hollywood glamour, London estates standing like castles, durags, cowrie shells, braids a mile long, dance, pride, regality, family and joy.

For many Black people from the African diaspora, our ancestry, histories and stories have been lost, stolen and forgotten because of colonisation. Especially for African Americans and Caribbeans who have lost our tongue, and had our history disrupted by the legacy of slavery, Black Is King asks, how do we find home in ourselves? How do we remember who we are through an enforced amnesia?

Of course, we are not a monolith, and Black people globally have specific cultures, traditions, languages and lived experiences. Trying to portray the whole diaspora won’t always work for everyone or even be possible. Undoubtedly, there has been a tendency in recent popular culture to mash cultures together, homogenise and, in ways, erase – but still, it feels like Black Is King utilises community to bring a coherent vision together.

Disney+ is the right home, because Black children should see this and feel seen. To quote from the film, “To live without reflection for so long might make you wonder if you even truly exist.” Beyoncé dedicates this to her only son, Sir Carter. The timing feels so needed, when Black people across the world are hurting, and fighting for our lives. This is a joyous respite – to dare to dream of a world where we are safe, seen and upheld.