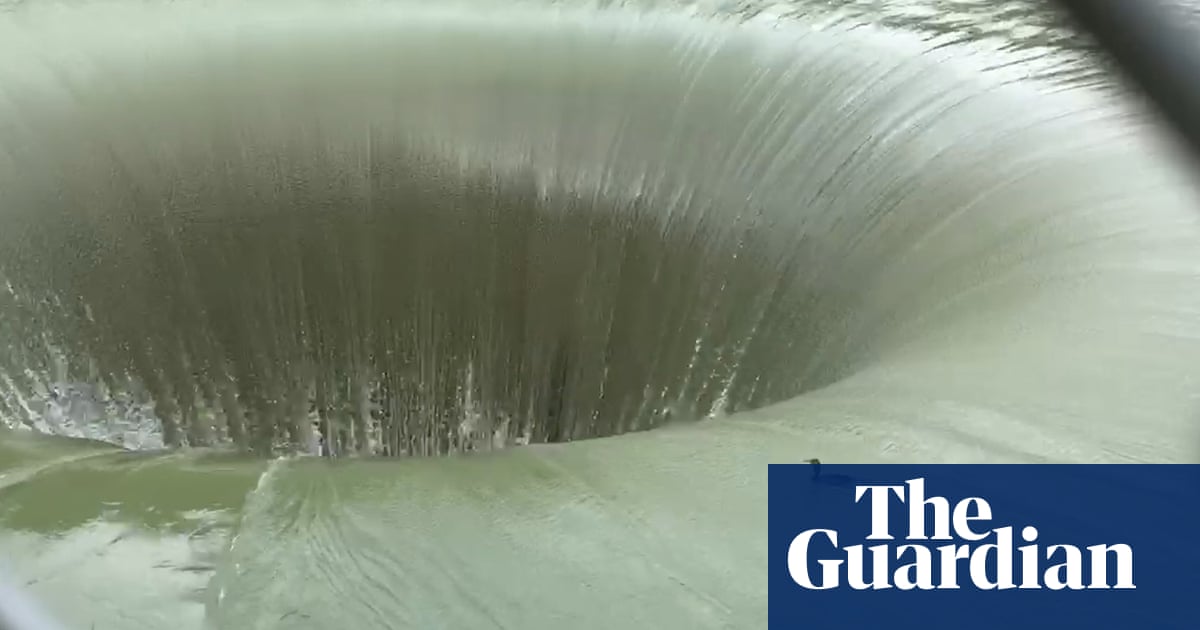 What happens when a small bird is swallowed by a gaping vortex?

The fate of the unassuming-looking waterfowl was the subject of anguished debate Wednesday as video surfaced of the animal disappearing into a 200ft-deep tube in a dammed reservoir in northern California.

When water in Lake Berryessa is high enough, it spills into the 72ft-diameter drain, nicknamed the Glory Hole, and is funneled 18 stories down, into a creek below the dam. Recent heavy rains have meant the hole has seen plenty of action, and the creek, which is normally about 25ft wide, now looks like a mighty river, spanning a width of about 1,000ft, said Rick Fowler, the Lake Berryessa water resources manager.

Such circumstances do not bode well for the bird, which was pronounced a duck by online commentators.

“From what I understand, that water is going down really fast and when things come out the other side … I don’t want to get really graphic,” said Brionna Ruff, a spokeswoman for the Bureau of Reclamation, which owns the glory hole, known as the Morning Glory spillway, in an article on SFGate.

Fowler, who made the video and has worked at the lake for 11 years, had a different story to tell.

the Guardian he was taking a video of the hole when the bird, which he said was actually a cormorant, suddenly appeared in the frame, floating near the opening. After seeing the bird disappear down the hole, Fowler said, he ran to the edge of the dam.

But he said that after he watched the turbulent creek water below for a few seconds, he saw the bird fly up and land in a calm spot on the creek, shaking its head to clear the water. He hypothesized that the bird made it through precisely because it is a cormorant, a sturdy, oily-feathered diver that has been recorded at ocean depths of of 150ft. He plans to show his video to an ornithologist.

The video became a talking point around Fowler’s office, in his hometown of Vacaville, and on social media. Fowler’s cousin Tori Junes Fowler posted the video to Facebook. It has since been picked up by newspapers and television stations, sparking a huge debate on the fate of the “duck”.

“Nobody ever thinks of anything going down that thing and being able to survive,” said Fowler. “But he survived, all right. I watched it.”