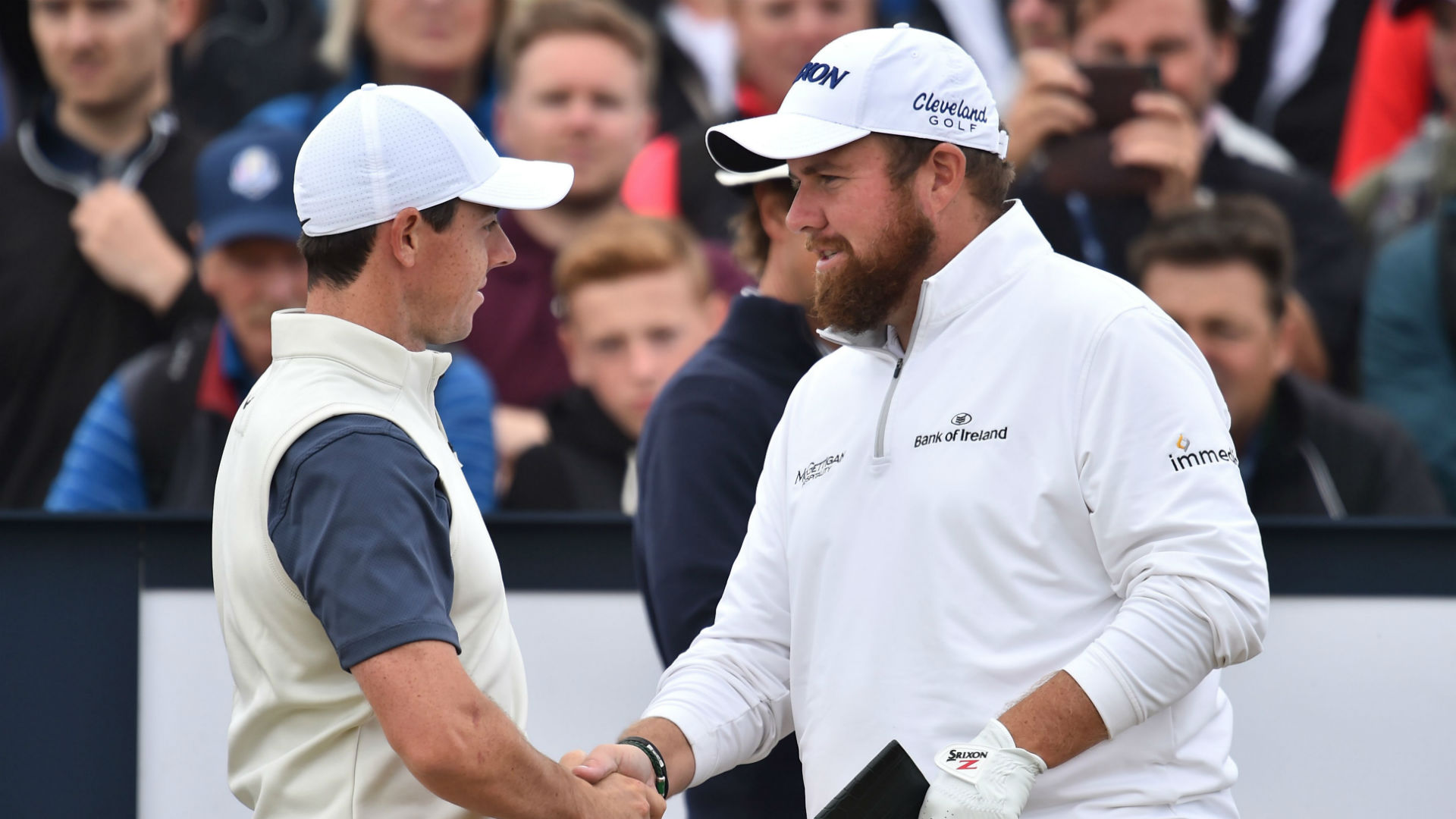 There was one name on everybody’s lips at the start of the week at Royal Portrush — Rory McIlroy.

Cast into a leading role he seemed eager to shun, McIlroy winning the British Open on home soil was the story everybody wanted to write, to read, and to talk about for generations to come.

Too bad, then, that he shot a quadruple-bogey eight on the very first hole to slide from pre-tournament favourite to a likely bet to miss the cut.

The incomplete miracle of his stunning second-round revival aside, McIlroy’s race was effectively run inside 15 minutes of madness on Thursday.

It left a void at the Dunluce Links that was initially filled by compatriot Darren Clarke, the 2011 Champion Golfer of the Year getting home in even par on an opening day when he had the honor of teeing off first.

But then he fell before the weekend with a gut-wrenching triple bogey on the last ending his fun.

At least Graeme McDowell made it to the business end of things, giving the sell-out crowd a home hope to lend their significant backing to.

It was no more than a consolation, for sure, but it was still a long way short of filling the McIlroy-shaped hole that had been left by the four-time major winner’s shock exit, because McDowell was not threatening to win it.

And, worse still, after two rounds there was an American sharing the leaderboard summit as J.B. Holmes primed himself to complete the first US clean sweep of the majors since 1982.

Something had to be done to keep the Claret Jug a little closer to home. Step forward Shane Lowry, the man with whom Holmes was unwillingly sharing that lead.

A couple of rounds of 67 had the Irishman in the hunt for a maiden major. Here was Royal Portrush’s new leading man.

On Saturday, he lived up to that billing — and indeed went some way beyond it — with a round of golf that

he may never surpass.

It read on the scorecard as a blemish-free 63 — impressive enough even by the raw data — but the way in which he came to sign for that number was breathtaking.

He hit 17 of the 18 greens in regulation and when the chasing pack were threatening he accelerated once more, nailing birdies at 15, 16 and 17 despite having made no gains on those holes over the first two rounds.

That run, including a mighty close call with another birdie at the last, worked the Portrush crowd into a frenzy. Where 24 hours prior there had been sympathetic applause for McIlroy’s closing par, which sealed his fate, Lowry’s tap-in four was met by a deafening roar.

It left him four shots clear heading into Sunday and ‘Lowry!’ chants rang out around the course, which was again packed to capacity when he returned for the final round.

Although he had let a four-stroke margin vanish in a major before, Lowry refused to wilt in abysmal conditions, just as the fans refused to let their spirits be dampened by the wind and rain that so often feel obliged to make their presence known at an Open.

After a 68-year absence from these shores, the return of golf’s oldest major to Northern Ireland was never going to be a quiet affair, but Lowry made sure of that fact.

He gave the crowd — be they from Northern Ireland, the Republic of Ireland, or frankly anywhere on the planet — something to root for; he gave us that story to write, to read, and to talk about for generations to come.

Now there is a different name on everyone’s lips at Royal Portrush — and that name is Shane Lowry.