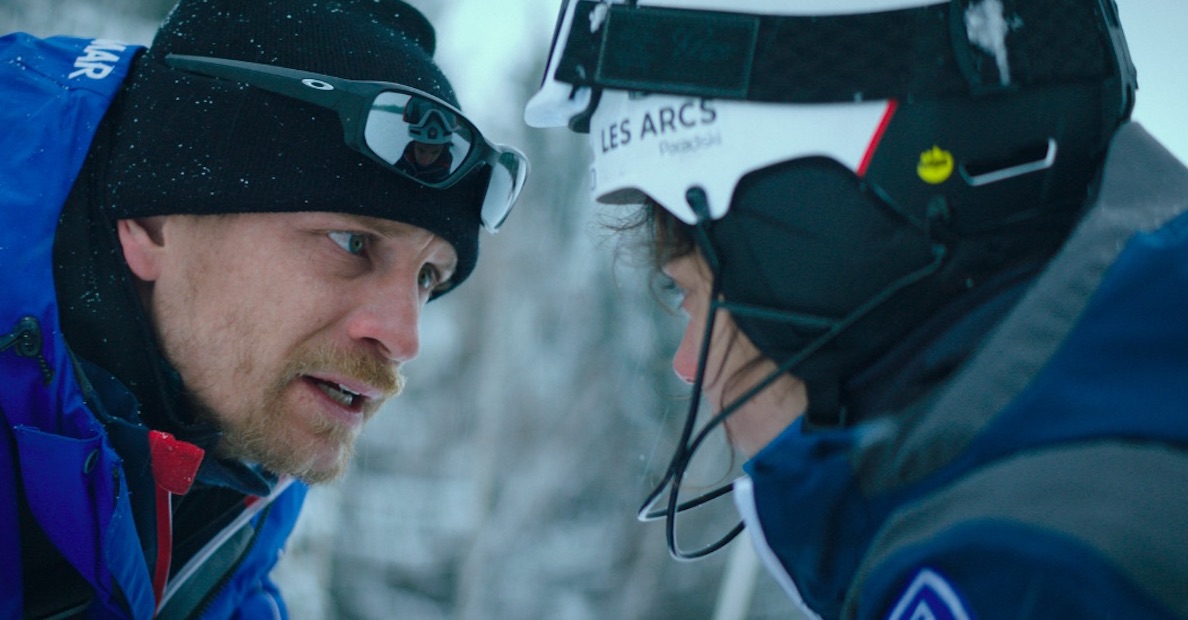 Cannes: Charlène Favier’s debut is a familiar story of sexual abuse, but it snaps across your face like a blast of cold mountain air.

The coldest and most unforgiving movie about skiing this side of “Downhill Racer” — and just as fascinated by the loneliness of bombing down the slopes with the world at your back — Charlène Favier’s “Slalom” is a familiar story of sexual abuse, but one told with such bracing intensity that it snaps across your face like a blast of cold mountain air. From the opening moments of her debut feature, Favier pivots between powerlessness and control with the same breakneck agility that her teenage heroine navigates the gates on each run; the film moves in one direction (downhill), and it leans into every turn like it’s already charted the fastest course to the bottom. But predictability can be a necessary ingredient for precision, and “Slalom” is so effective because of how well it tucks into the heart of its story, as though shaving a few milliseconds off its running time might be the difference between victory and a lifetime of victimhood.

Fifteen-year-old Lyz Lopez (a raw and wrenching Noée Abita, whose open-faced innocence recalls Adèle Exarchopoulos in “Blue Is the Warmest Color”) has been accepted to a super-competitive ski training academy in the French Alps. Isolated in a lily-white snow globe that hovers somewhere between the world below and the sky above, it’s the kind of militarized athletic program that trains Olympic hopefuls to win at any cost, and conditions young boys and girls to abandon any part of themselves that might be making them less aerodynamic. From the moment we meet the program’s merciless instructor — and from the moment we see that he’s played by the great Jérémie Renier, who can endow any slimeball with enough matter-of-fact male entitlement to make it feel like there’s something perfectly natural about his monstrousness — it seems like the ski trails might not be the only thing that’s being groomed under his supervision.

Like so many of history’s biggest winners and worst people, Fred considers emotional abuse to be an effective coaching technique; his entire playbook amounts to dismantling his trainees until they’d die for a tiny dollop of his approval. The first thing we hear him bark at Lyz: “Practice at the side, you’re getting in everyone’s way.” A few minutes later, he’s dispassionately asking her to undress in his office so that he can use calipers to measure her body fat — a clinical, sinister bit of boundary-crossing that will make it easier for him to blur the lines once his new star becomes a bit more dependent on his pleasure.

By this point, we already know what kind of movie Lyz is in, and the first 30 minutes of “Slalom” are shaped around the agony of waiting for her to find out. It’s not that she’s stupid, or blinded by her own ambitions of alpine glory; she’s just good at skiing, and recognizes that it might be the fastest way to win some of the affection that her parents never showed her. Alas, that makes her even more vulnerable than Fred’s other pupils, something the instructor may have clocked when Lyz’s mother (Muriel Combeau) ditches the girl on top of a mountain in order to see about a

job and enjoy being single.

Lyz is desperate for an adult who won’t let her down, and up in the Alps it’s all too easy to mistake Fred’s predatory attention for pride. “Slalom” isn’t afraid to confront how gross and calculated that confusion tends to be. In the queasiest of many scenes like it, Fred rubs Lyz’s shoulders after he sees her menstruating in the shower: “Don’t be scared of your period,” he says. “We can use it. The start of your cycle affects your muscle mass. If you want to push your body to the limit, you have to listen to it.” But that advice will cut both ways, as Lyz’s sense of self will come to depend on her willingness to listen to her body even as it’s screaming for help.

Shot with the kineticism of bodies in motion, the sensitivity of an early Céline Sciamma film, and the foreboding seductiveness of a hidden fantasy world in which dreams and danger seem to go hand-in-hand (one stunner of a scene finds Fred and Lyz dangling their legs out of a gondola that’s caught in the clouds), “Slalom” perverts the arc of the average sports movie by asking us to root against Lyz’s success. The more time Fred spends with her, the better she gets; the better she gets, the more time she has to spend with Fred. Following one of cinema’s most nauseating handjobs, Lyz even moves in with Fred and his oblivious girlfriend, an invitation of such off-the-charts creepiness that it forces us to stop complicating the guy’s psychology.

Maybe Fred has some demons in his attic, and maybe he was betrayed by his own body in a way that made him feel the need to pay it forward, but Favier is able to refocus her film away from its uncertain middle sections once it’s clear that she doesn’t care. Fred — like so many men of his stripe — thinks that giving Lyz a shot at glory means that he can take whatever he wants in return, but “Slalom” turns away from that brutishness in a satisfying way. This is a nimble story about a girl who’s trying to maintain (or regain) control even as the world gets faster and faster beneath her feet; a girl who likes catching snowflakes on her tongue and hitchhikes to practice because she can’t rely on anyone to be there for her. There’s an unavoidable element of tragedy to the idea that Lyz might have to choose between winning a medal and losing herself, even if that element is disguised by the forced beauty of Low Entertainment’s synth score, but Favier saves that dilemma for another day. If Lyz can find a way to be proud of herself, that might prove to be the most lasting victory of all.

“Slalom” is part of the Cannes 2020 Official Selection. It is currently seeking U.S. distribution.

Sign Up: Stay on top of the latest breaking film and TV news! Sign up for our Email Newsletters here.

Gloria Vanderbilt the mom, on losing a kid, Anderson Cooper coming out