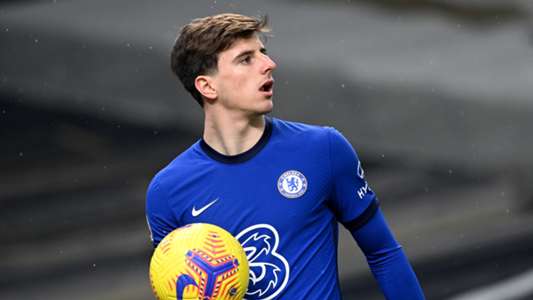 Chelsea star Mason Mount is targeting Premier League and Champions League glory under Thomas Tuchel, who he has described as “passionate” and “very clear” in his goals at Stamford Bridge.

Tuchel has had an immediate impact at Chelsea since replacing Frank Lampard in the managerial hot seat last month, winning six of his first eight games in charge.

Mount has been impressed with the German’s no-nonsense approach behind the scenes and thinks the Blues are now in great shape to fight for major honours on both domestic and European fronts.

Mount told the Daily Mail of Tuchel: “He’s very passionate. When he came in, we had a meeting, we had training and we had one day before a game and everyone knew their role with the team.

Asked what Chelsea can achieve

“I feel like with the group we have, we can definitely do it. We’re very hungry to achieve it, very driven.”

How has Mount performed under Tuchel?

Mount was dropped to the bench for Tuchel’s first game in charge against Wolves on January 27, leading to question marks over his position in the squad.

However, the England international has started all five of Chelsea’s subsequent Premier League fixtures, scoring twice, including from the penalty spot in a 1-1 draw with Southampton last weekend.

“I’m definitely not content with just playing well or having good games,” Mount added on his form. “I want to do more. I’m happy but I’m not happy until I keep getting better and better and I’m at that stage where I know I can.”

Chelsea can move back into the Premier League’s top four if they beat Manchester United on Sunday, which would complete a remarkable turnaround in fortunes since Tuchel’s arrival.

The Blues warmed up for the contest by beating Atletico Madrid in the first leg of their round of 16 Champions League last tie last week, and they also have an FA Cup quarter-final against Sheffield United next month.