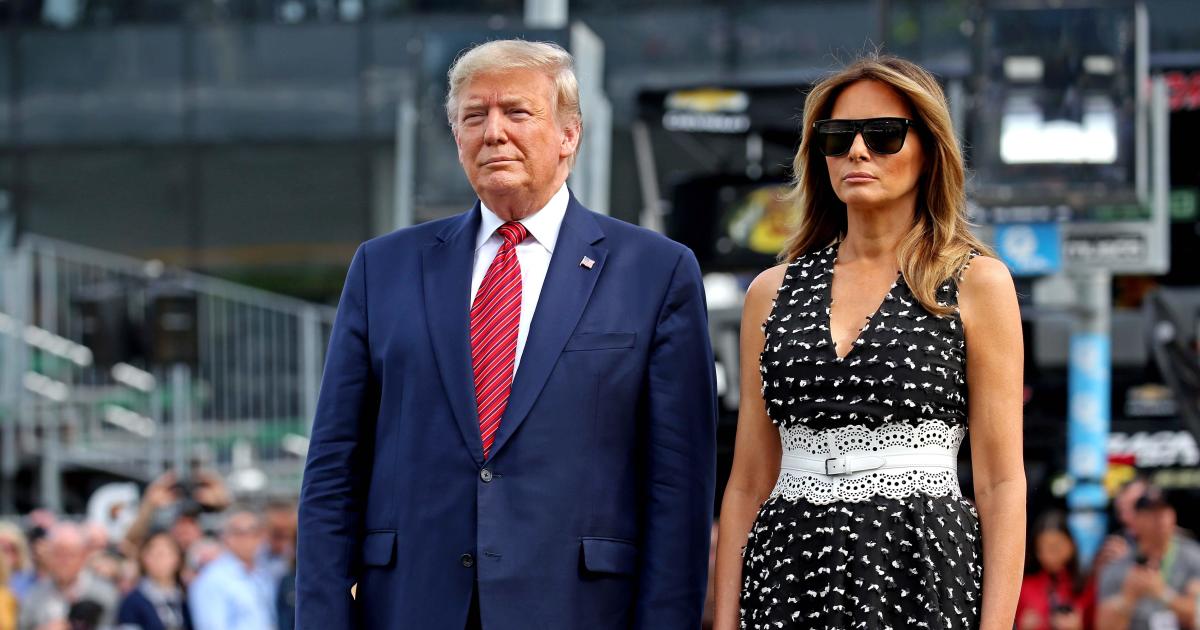 Washington — President Trump paid tribute to the “pure American glory” on display at the Daytona 500 on Sunday and honored American service members during short remarks before the start of the “Great American Race,” after which he took a lap in the presidential limousine.

“For 500 heart-pounding miles, these fierce competitors will chase the checkered flag, fight for the Harley J. Earl Trophy and make their play for pure American glory,” Mr. Trump said before the start of the race at Daytona International Speedway. “And that’s what it is, pure American glory.”

Following two rain delays, the race was postponed until Monday for the first time since 2012. The first delay took place shortly after the president’s limousine took a lap around the track. The second delay occurred after 20 laps. Ricky Stenhouse Jr. was in the lead when the race was suspended. The Daytona 500 will resume Monday at 4 p.m.

The president and first lady Melania Trump stopped in Daytona for the race Sunday afternoon on the way back to Washington from Mar-a-Lago. Air Force One flew over the Daytona International Speedway before landing. 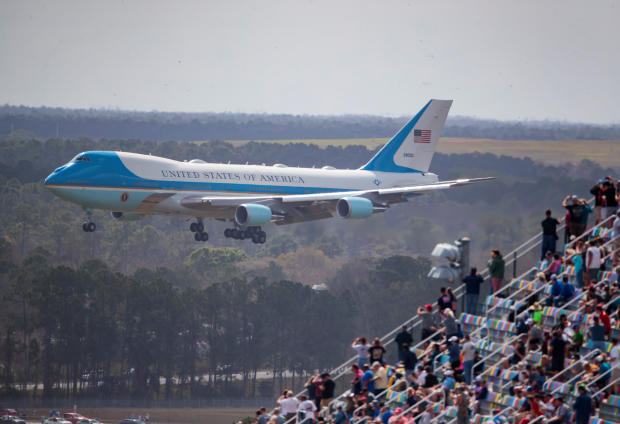 “To each of them and to every service member and veteran here today, as commander in chief of the greatest fighting force on the planet a force that just spent $2.5 trillion on rebuilding our military, I want to thank you for your service,” the president said. “Now we approach the moment that you’ve all been waiting for. Soon, the cars will take to

the track for the start, tires will screech, rubber will burn, fans will scream and the Great American Race will begin.”

Trump and first lady appear at Daytona 500 in Florida

Attending the 62nd Daytona 500 with the president and first lady were Gold Star families and Staff Sergeant David Bellavia, who received the Medal of Honor last year.

“As we wait for the green flag we give thanks to this beloved country, for the heroes who keep us safe and for the God who made us free,” the president said.

In addition to making brief remarks, Mr. Trump also delivered the customary “Gentlemen, start your engines” command to drivers. He then took a lap in “The Beast,” the name for the presidential limousine, becoming the first president to do so. 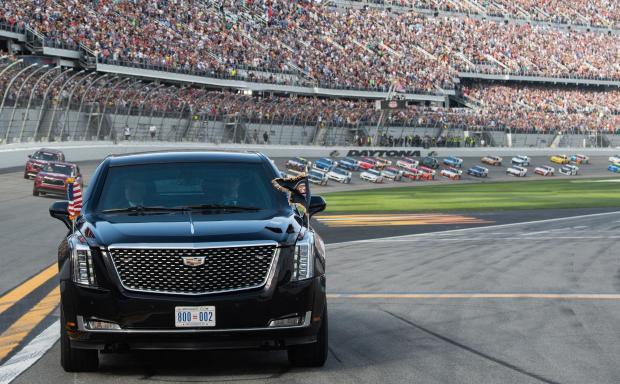 President Trump and first lady Melania Trump ride in the presidential limousine as they take a pace lap ahead of the start of the Daytona 500 NASCAR on Sunday, February 16, 2020.

Mr. Trump went on to laud NASCAR fans and drivers during an interview with Fox Sports, saying “we love NASCAR and we love the people of NASCAR.”

“It really is the Great American Race, and I look at this as almost a patriotism kind of thing,” he said. “It’s incredible. The people are incredible.”

Mr. Trump noted he has attended the Daytona 500 before as a private citizen and joked he was thinking about hopping into one of the cars and getting into the race himself. 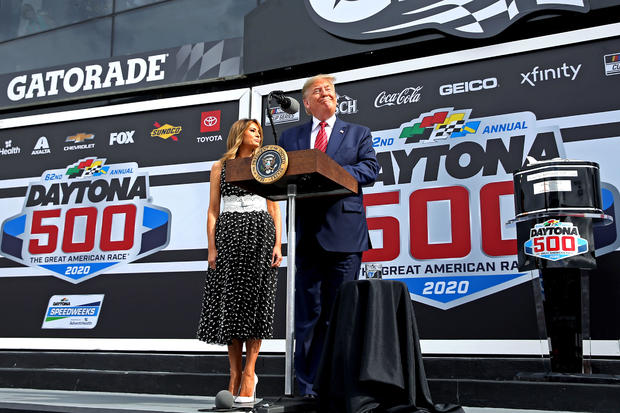