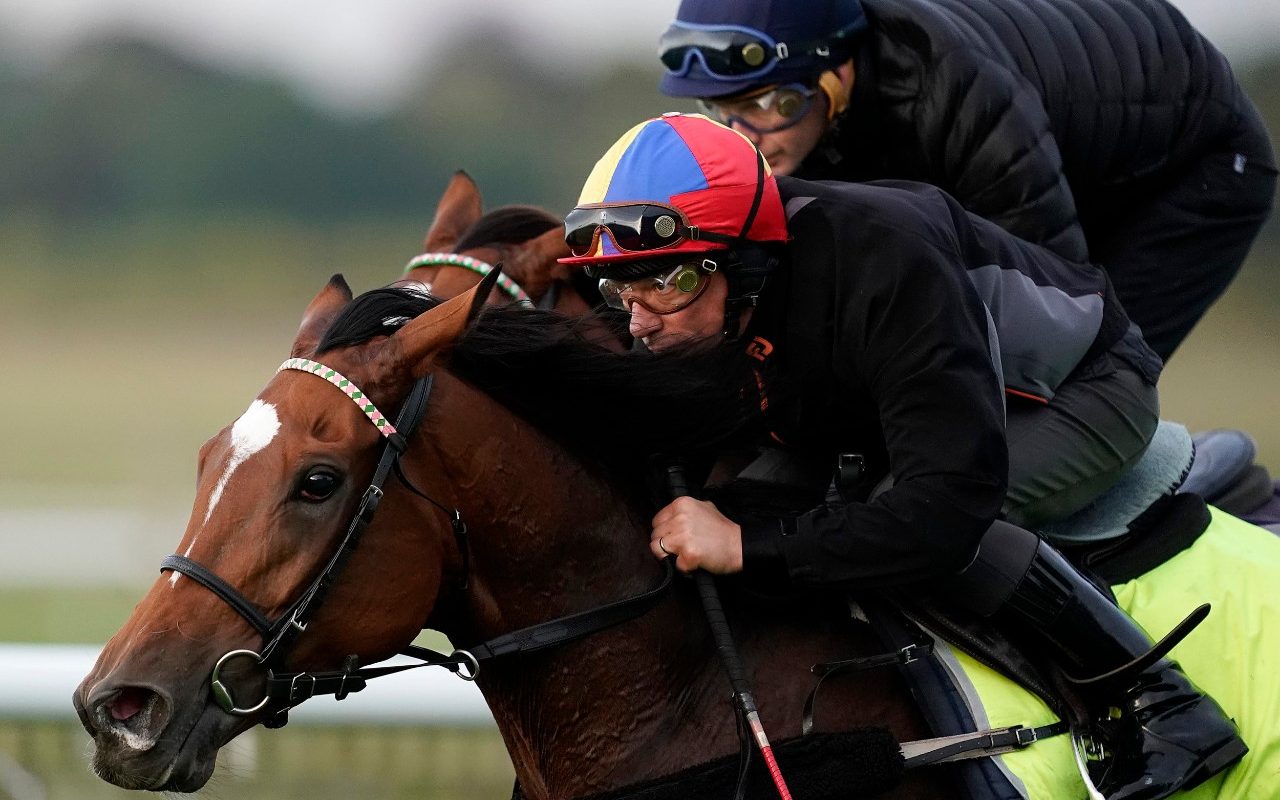 When Frankel retired undefeated in 2012 a lot of us felt we had been to the mountain top of equine majesty. There was nowhere else for it to go. Then along came another horse in the same colours who will shake Frankel’s untouchability if she comes home in front at Longchamp on Sunday.

Another win for Enable in that great Parisian autumn showdown, the Prix de l’Arc de Triomphe, would rewrite the history of France’s most cherished race. Eight horses have won the Arc twice since its inception in 1920 but none has claimed it three times and Enable is odds-on to demolish that barrier.

This is the age of hat-trick seeking, with Tiger Roll likely to try to match Red Rum’s trio of Grand National wins at Aintree in April. Liverpool will levitate if Tiger Roll emulates the mythical 1970s creature who trained, unconventionally, on nearby Southport sands. But the mission grasped by Enable in a mile and a half race that is always darkly intense is in another universe: the one of super-elite Thoroughbred breeding, stud values stretching into hundreds of millions, and the endless quest to create the perfect running machine.

From 2010-2012 across 14 races, in the same Suffolk town where Enable is trained, Frankel was that dream. Sir Henry Cecil’s career masterpiece, Frankel, now a successful stallion, dominated racing over a mile and a mile and a quarter with his huge stride, exuberance and finishing speed. He was irresistible and a champion both on the track and at home, where he pulled himself to the front of the string on the walk to the gallops and played the celebrity around the yard.

This is not anthropomorphism. Frankel was Newmarket’s leading alpha male with an innate sense of superiority. He raced in the same pink and green colours Frankie Dettori will wear on Sunday – those of the Saudi Prince Khalid Abdullah, the leading owner-breeder of this or perhaps any generation, whose contribution to British racing also covers the mighty Dancing Brave.

Enable’s right to be revered like Frankel is based on her sex, age, racing record and nature, which is the other quality she has in common with Cecil’s defining horse. Frankel was a glutton for racing, a competitor, a fighter. And so is Enable, a five-year-old mare who has cleaned up at a mile and a half, a distance considered to be beyond Frankel’s reach.

orpe, recalled: “You didn’t have to be Archimedes to work out that Frankel was going to be quite useful. When he started to work and started to stretch – of course he wanted to be exuberant, but he was one of those horses who really wanted to do it. All the time. Everyone says half the job is in the brain and he had a great brain to go with the great physical attributes. That’s why he was such a package.”

This comment returned to mind when Enable’s trainer, John Gosden, said of her: “She’s always got her ears pricked and she’s very enthusiastic about everything. When she was younger, she would run with unhindered exuberance and was often winning her races well. Now she’s got a little older and wiser, she’s rather like a boxer who knows how to win on points rather than going straight in for the immediate knockout.”

This enthusiasm, which is hard to manufacture in a racehorse (and can expire quickly), is what makes Frankel or Enable hypnotic. The talent plays a big part: the ease and flow of movement, the lethal speed. But the real pulling power is the knowledge that all those physical gifts are in the service of a will to kill off challenges. This is mysterious, certainly, but also beautiful. Brilliant though he is, Dettori will not be the story if Enable makes it three Arc wins this weekend. The horse will be, however much harder that is to write about (there are no quotes from the horse, for starters).

At three, Enable won the Oaks, King George VI and Queen Elizabeth Diamond Stakes and the Arc. At four, in a season of injury, she won the Arc and the Breeders’ Cup Turf, becoming the first horse to complete that double. In this campaign she has take the Eclipse Stakes and King George for a second time, all with her characteristic tenacity.

Along with Treve, Alleged, Ribot, Tantieme, Motrico, Ksar and Corrida, Enable has been back for more in the Longchamp winners’ circle. A hat-trick, though, was always seen as an outlandish, because the Arc merges the best of the generations, at a time when coats are thickening and tanks are running low. “La championne anglaise“, as they know her in Paris, must fend off another wave of three-year-olds from the Classic generation. Treve, a fellow mare who won it in 2013 and 2014, could not make it to three.

A story that started with a win on Newcastle’s synthetic track three years ago now surges towards its crowning glory. A third Enable victory would alter our understanding of what the racehorse can do – on the distaff side especially – and show that Frankel was not the end game after all. It would be wrenching and magnificent.

Aggressive denial stopped working for Alberto Salazar. The whole spiky, indignant pose towards anyone who questioned the work of Mo Farah’s former coach at the Nike Oregon Project was finally broken when he was banned for four years for doping violations.

What an abysmal week for track and field. A pretty-much empty stadium in Doha for the World Championships, the 100m title won by a sprinter (Christian Coleman) who claims his reputation has been tarnished by a doping-violation charge (which was subsequently dropped) and now the lid blown off Salazar’s rule-breaking, thanks to whistleblowers and investigative journalism, chiefly Panorama’s Mark Daly. Faith can only erode further when you are reminded that UK Athletics looked at the evidence, concluded there was “no reason to be concerned” and raised no objection to Farah carrying on with Salazar.

By a perverse twist, it was the hack from Russia by ‘Fancy Bears’ who upped the ante with a series of leaks about western athletes. The pattern is now clearly established of governing bodies moving sluggishly or reluctantly until forced by external pressure. You can bet your house meanwhile that Russia, who are at risk again of being expelled from international sport for alleged data-deletions, are crafting a speech about western double standards.

Salazar and Dr Jeffrey Brown, a endocrinologist, were found to have “trafficked testosterone, used banned infusion methods and tampered with athletes’ records.” The athletes take the highest-profile hits, but there are people in positions of power who are killing track and field stone dead.

“The Effects of Seeing The Glory of God!” by David Wilkerson, founding pastor of Times Square Church, New York City