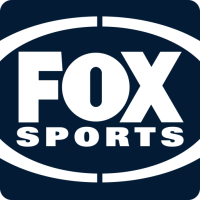 “What an incredible achievement for all of you. I am so proud of everybody and I am so grateful to be a part of it,” Hamilton said on the team radio.

“Couldn’t have done it without you,” came back the reply from the jubilant Mercedes garage.

Ricciardo finished third for Renault ahead of Daniil Kvyat of Alpha Tauri and Ferrari’s Charles Leclerc after Max Verstappen had crashed out of the race in his Red Bull in the closing stages. He was unhurt.

Sergio Perez was sixth for Racing Point, Carlos Sainz finished seventh ahead of his McLaren team-mate Lando Norris and the two Alfa Romeos of Kimi Raikkonen, in his 325th Grand Prix race, and Antonio Giovinazzi.

It was Hamilton’s record-increasing 93rd victory in a race that saw him complete 5000 laps as a race leader. The Mercedes one-two finish also not only secured the teams’ title, but also ensured that a Mercedes driver will take the drivers’ championship.

“That was an exhausting race,” said Hamilton.

“The speed we had to go after a poor start – it’s just overwhelming now because there are so many people in the team who are unsung heroes.

“I’m forever grateful to be a part of it and it always feels like the first time.” Mercedes team boss Toto Wolff said: “I’m not so much into the numbers, but this is something to be proud of – as long as we can stay energised and motivated, I think we can push it for ever. We are looking forward to a new challenge.”

Ricciardo said it had been “a bizarre one. I thought fourth was the best I could do!”

On a near-perfect autumnal afternoon with temperatures of 18 and 25 degrees for air and track, Bottas made an equally bright start from his 15th pole while Verstappen surged past Hamilton for second.

On lap nine, after an excellent start, Pierre Gasly was called in to retire his Alpha Tauri from fifth. “We have a terminal situation, we have to box and retire,” said the team, citing a coolant leak.

Verstappen came in on lap 19, releasing Hamilton. “I’m going to pick up the pace, don’t stop me,” he snapped as Bottas pitted, re-joining second.

The champion produced successive fastest laps to lead by 25 seconds before Mercedes told Bottas his floor was damaged.

Bottas then slid wide at Rivazza and Verstappen seized his chance to take second. With 16 laps to go, the Dutchman began his chase after Hamilton, who led by 14 seconds.

His charge was soon over. On lap 51, his car failed – seemingly due to an instant right-rear puncture – as he braked and he lost control, crashing into a gravel trap and out of the race.

“The pace was good, the car was feeling quite good and then suddenly on the straight I lost the car,” Verstappen explained

“There was a tyre blow-out. I don’t know exactly what happened, but when I quickly looked at the car there was nothing broken on the car.

“It’s a big shame. It was a lot more fun as well. I was really pushing and trying to stay with them.. So it was a shame, not only to not be on the podium but also to have been second.”

A full Safety Car period ensued, during which both Bottas and Hamilton pitted, before Russell crashed, while weaving to warm his tyres behind the Safety Car.

“I don’t know what to say,” he told Williams.

All this drama left Hamilton leading Bottas, when the Safety Car came in, for a six-lap dash to the flag in which the luckless Albon spun, while defending against Perez.

He pitted and fell to 15 th and last as the ‘black arrows’ finished with another one-two triumph.

Get all the latest F1 news, highlights and analysis delivered straight to your inbox with Fox Sports Sportmail. Sign up now!!!

CLICK HERE IF YOU CANNOT SEE THE BLOG ABOVE