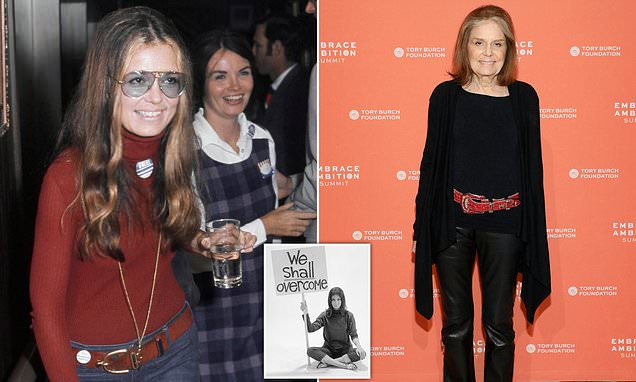 Feminist icon Gloria Steinem, 86, insists she has no regrets over not becoming a mother and says being childless doesn’t mean she’s ‘unfulfilled’ as a woman

By Claire Toureille For Mailonline

Feminist Gloria Steinem has opened up about her life choices and revealed that being childless does not mean she’s ‘unfulfilled.’

The 86-year-old, who was a defining figure of female liberation in the late 1960s and 1970s, reflected on her life, fears and success during the How To Fail podcast, by Elizabeth Day, which is released this week.

The activist, who was recently portrayed by Rose Byrne on Mrs America, told how she realised not having children was an option when she joined the Female Liberation Movement, after being raised in the 1950s where marrying and having kids was considered the norm for women.

She added there is a bias against women in the language use in fertility medicine, where females more often than not are the ones who bear the blame when it comes to difficulty conceiving.

Feminist and activist Gloria Steinem, 86, has opened about her life choices during a podcast released this week. Pictured,  at the 2020 Embrace Ambition summit in New York

Steinem, pictured in 1972 in Los Angeles, was one of the most prominent figures of the women’s liberation movement of the late 1960s and 1970s

Speaking of the fact she does not have children, Steinem says it was not a conscious choice she’d made as a young woman.

‘There were a lot of years that I just kept putting it off into the future, “Oh yes I’m going to do that, just not at this moment”,’ she said.

‘It wasn’t a decision in the beginning: remember I was growing up in the 1950s, not even the 60s, so I assumed women had to marry and have children, that there wasn’t an option.’

But Gloria went on to explain that the women’s movement opened her eyes to the fact that being childless was a choice she could make.

She continued: ‘Fortunately, the women’s movement came along

and said “wait a minute not all women have to live the same way: you have a choice.’

Steinem says that she realised she was happy as she was – without children – adding that she never felt ‘unfulfilled’ and was ‘OK’ with the way she was living.

The activist has campaigned for equal opportunity for women, reproductive rights and issues such as Female Genital Mutilations throughout the years

‘I think so, in a way that people assume I must be unhappy or unfulfilled. Not everyone but some people I think assume that… in a way that they wouldn’t assume about a man,’ she commented.

She went on to explain that she had never regretted her decision to not become a mother.

Elizabeth Day and Gloria then went on to discuss fertility treatment and the ‘insidious’ way in which medical language is used to put the blame on women when a couple can not conceive.

They agreed that fertility language often refers to women’s reproductive organ as defective when a couple encounter issues procreating.

‘Are men told their sperm are “incompetent”,’  Steinem asked, adding she felt society was ‘assigning blame’ onto women when it came to discussion on infertility.

Actress Rose Byrne plays Gloria Steinem in the hit series Mrs America, which made a splash earlier this year

Who is Gloria Steinem?

Gloria Steinem, 86, is one of the most prominent figures of the Women Liberation’s movement of the 1960s and 1970s in the US.

She was a columnist for the New York Magazine and co-founded feminist publication Ms Magazine in 1971.

She campaigned for several feminist causes throughout the years, including equal rights, reproductive rights and issues such as Female Genital Mutilations.

She’s been involved in presidential campaigns on the Democrats’ sides from 1969 to 2016, where she campaigned for Hillary Clinton.

In 2000, aged 66, she married David Bale, the father of actor Christian Bale.

She has no children and on the eve of her 60th birthday in 1994, she said she felt she entered a phase of her life where she would not be subjected to the expectations that had been put on her since her teenage years.