On greener pastures for 15 years already, the Pontiac GTO is one of those cars that may be gone but will never be forgotten. Especially when supercharged drag racing examples prepare a fiery

in the midst of snatching the quarter-mile win.

Essentially divided into a couple of distinct eras, the life of Pontiac’s GTO clearly has the makings of a Hollywood blockbuster—perhaps Pixar might even consider it as quality material for a possible Cars 4. The original born in 1963 (for the 1964 model year) is essentially considered the tipping point for muscle cars, becoming a popular

It enjoyed its “Judge” time throughout the second generation and then quietly bowed out for the third and fourth iterations that only lasted one model year each. General Motors then did a Phoenix bird routine with the GTO back in 2003, using the basics of the Holden Monaro and Australian assembly. Short-lived as it may be, with lukewarm public acceptance because of the dated styling and a rather high pricing, this too has its diehard fans.

would be Nick Schroeder, a Pro Street drag racer that uses a 2006 example for quarter-mile duties. Naturally, this isn’t a regular GTO we’re talking about, as the crimson Pontiac features a huge blown supercharger assembly towering from under the hood, among other things.

It’s also decidedly set to entertain the audience, even if unwillingly. According to coverage of the 2021 PDRA East Coast Nationals, which took place at the Galot Motorsports Park (Benson, North Carolina) a few days ago, his ride proved feisty on more than one occasion. First (although we don’t have footage from the incident), his screw-blown GTO clipped the wall during one of the sessions.

Next, it was time for an equally daring show of explosions and flames. Apparently, this was the second time he put oil all over the track if we are to believe user comments of the Door Slammers Drag Racing channel on YouTube. Luckily, according to footage (also embedded below) provided by DSDR and the SpeedVideo channel, he escaped unharmed and even took the win in the process. 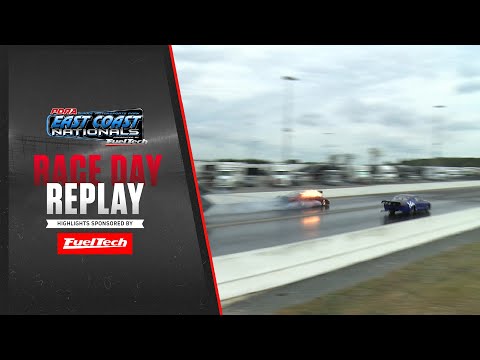