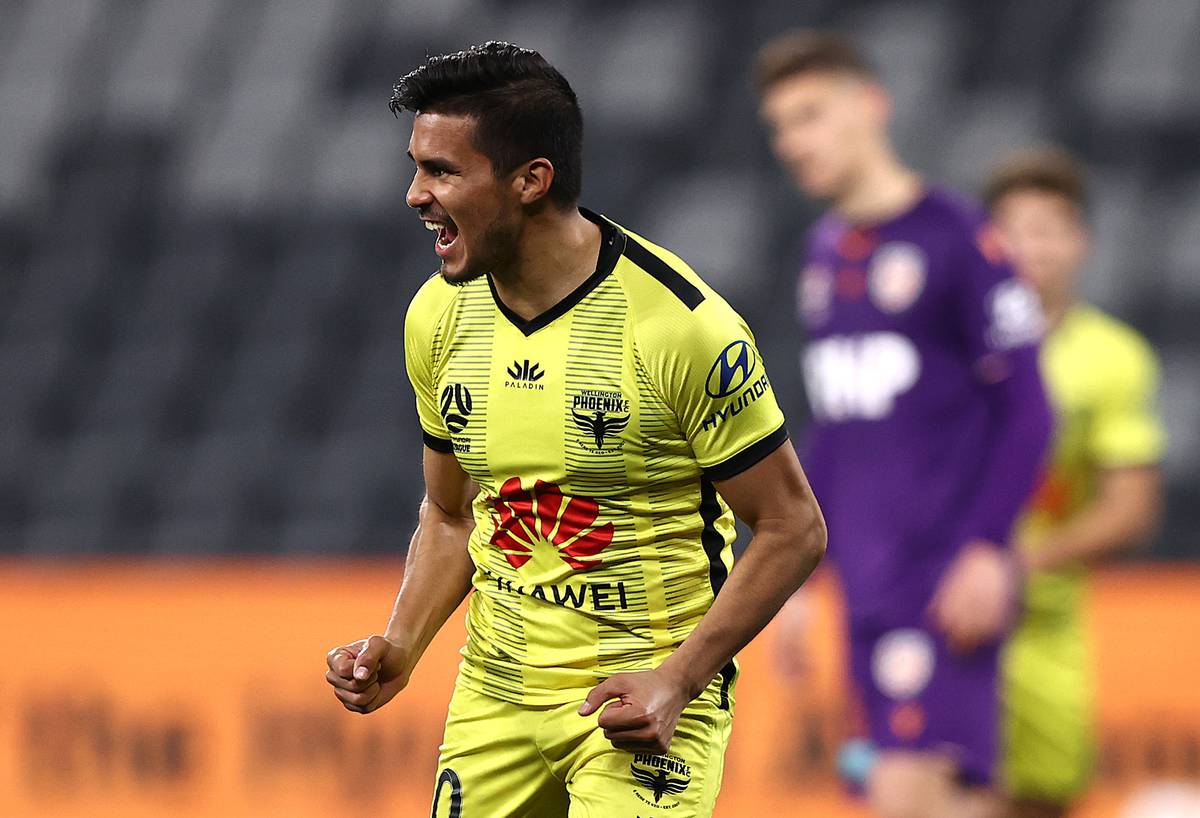 The Wellington Phoenix have underlined their growing A-League credentials with a crucial 2-1 win over Perth Glory at Bankwest Stadium.

Goals from Gary Hooper and a revitalised Ulises Davila either side of halftime were enough to secure Wellington victory and take them within one point of second-placed Melbourne City on the competition ladder, with a game in hand.

But having looked assured for the first hour of the contest, the result wasn’t achieved without some nervous moments, with Glory bombarding Wellington’s goal in an increasingly desperate second-half onslaught which eventually proved fruitless as the Phoenix closed out a first win over Perth in their last six attempts.

After four months away, a return trip to Mexico and two weeks of solitary confinement, Davila had a mixed return in Friday’s loss to Sydney FC, but when he entered the fray for the second half here, the skills, close control and X-factor Phoenix fans have come to know and love was in evidence again. Davila scored what ultimately proved to be the winning goal shortly after his arrival and threatened on several other occasions.

Wellington’s standout though was Callum McCowatt, with the 21-year-old Kiwi producing his best A-League performance with an energetic and industrious display, while also creating the game’s opening goal after 32 minutes.

Having tracked back to defuse a Glory attack in his own penalty area, McCowatt exchanged passes with Matti Steinmann and released Hooper with a raking 40-metre pass. The Englishman used all his experience to hold off the last defender before coolly slotting his seventh goal of the season past Liam Reddy.

It was a cagey opening half-hour and while both teams settled quickly into their traditional passing games, neither

goalkeeper was troubled. While they had the majority of first-half possession, the Glory were unable to test Stefan Marinovic in Wellington’s goal; a shot from Bruno Fornaroli the only time he was called into action in the first stanza.

Early in the second half, David Ball drove into the area and drew a foul from former Phoenix defender Jacob Tratt. Davila, who had replaced Hooper at halftime, kept his 100 per cent record from the spot alive, converting his fifth penalty and 12th goal of the season.

At 2-0 ahead, Wellington looked in control, but Perth’s Kiwi fullback Dane Ingham scored his second goal in as many games to reduce the deficit, curling a superb right-footed effort from 23 yards past his All Whites teammate Marinovic. The goal was the catalyst for the Glory’s increased urgency and coincided with a drop in intensity from the Phoenix which almost let Perth back into the game.

Phoenix coach Ufuk Talay made three changes to the side that started Friday night’s defeat to Sydney FC, with Hooper and McCowatt replacing Jaushua Sotirio and Ben Waine, while Cam Devlin returned from suspension for Alex Rufer. Devlin looked every inch a player who had been waiting four months for a game and was everywhere, breaking up attacks, shifting possession with short and long passes, and driving his team on from the base of midfield.

Talay will be without Steinmann for Saturday’s clash with Adelaide after he picked up an eighth yellow card of the season, triggering an automatic one-match ban. Given the visibly heavy legs of some who have played the last two games, he will almost certainly further rotate his squad for their next outing.