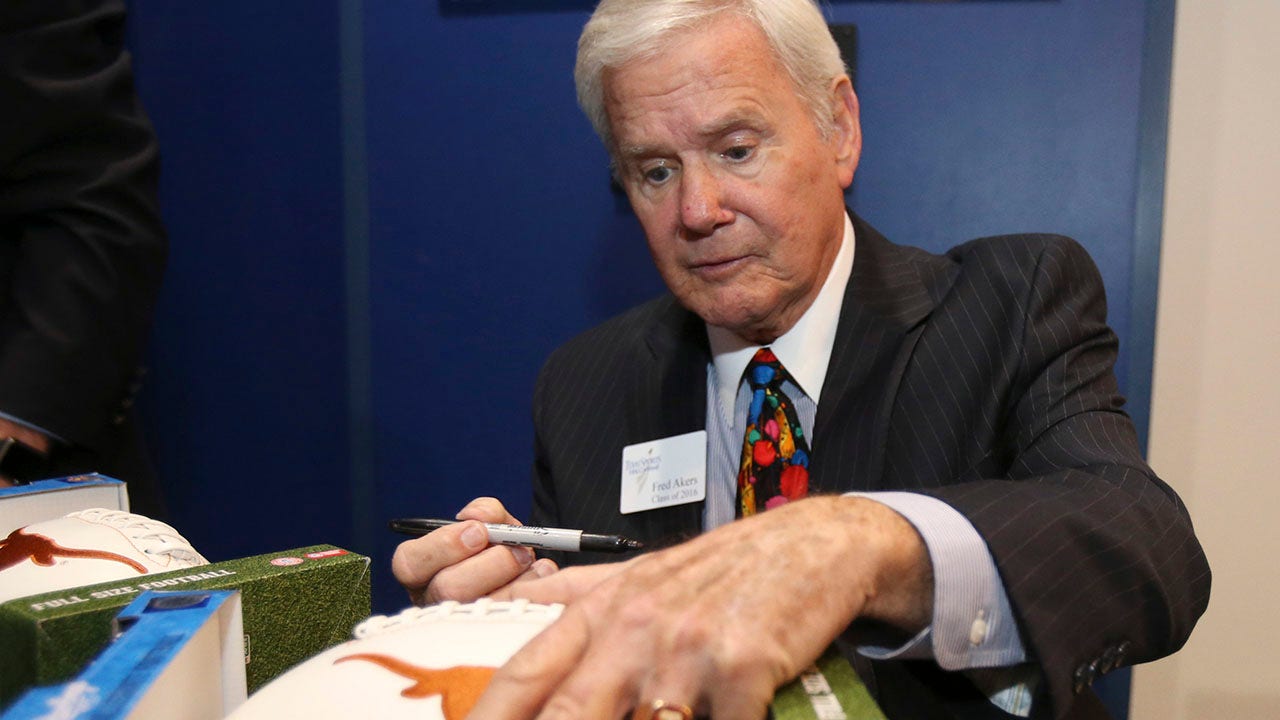 Fred Akers followed a coaching giant at Texas and came agonizingly close to glory himself with two undefeated seasons before his national title hopes ended in the Cotton Bowl.

He coached the Longhorns’ first Heisman Trophy winner, Earl Campbell, and won like few others at Texas, amassing an 86-31-2 record in 10 seasons. But a Cotton Bowl rout in 1977 and a muffed punt six years later on the same field cost Akers and Texas a football national championship the Longhorns wouldn’t win until 2005.

Akers died Monday surrounded by family at his home in Horseshoe Bay from complications of dementia, his daughter Lesli told The Associated Press. He was 82.

Akers was an assistant on Darrell Royal’s staff when the Longhorns adopted the wishbone — an innovative scheme featuring three running backs — and won an undisputed national championship in 1969. Texas followed with an undefeated regular season in 1970. Akers then left Texas to become the head coach at Wyoming for two seasons before returning to Austin after Royal retired in 1976.

Akers was long cast as an outsider by some within the Texas program because he wasn’t anointed by Royal to be his successor. Royal favored defensive coordinator Mike Campbell, but a search committee led by former Gov. Allen Shivers picked Akers, and the divide split Texas fans for years.

Royal and Akers came from poor families in neighboring states — Royal from Oklahoma, Akers from Arkansas. Akers got his first football when he was 4 years old from his father, who found it in a crumbling Air Force barracks that was being torn down. But for all the similarities in their backgrounds, their coaching styles were vastly different.

Where Royal had a folksy personality that produced enough witty one-liners to fill books, Akers was strictly buttoned-down and all business. He insisted on wearing a jacket and tie for office interviews, and brought in West Coast sports

psychologists to speak to his team. He even produced three videos discussing “New Age Leadership.”

“He was always buttoned up, put together. It was about respect. He respected his position and how he represented the state, the university, the people and the players,” Lesli Akers said.

And Akers won big, for a while, by disrupting some of what Royal had built but had become stale. Other teams, notably Oklahoma, had adopted the wishbone and were beating Texas regularly with it. Changing the offense to feature the rugged Campbell in the I-formation was a smashing success.

Campbell won the Heisman Trophy in 1977 before heading off to a Hall of Fame pro career. Texas was No. 1 heading into the Cotton Bowl against Notre Dame when Akers’ brother and nephew were killed a car crash in Arkansas a week before the game. Texas lost 38-10.

Texas went 10-1-1 in 1981 and finished No. 2 in the country before making another run at the national title in 1983. A muffed punt late in the fourth quarter against Georgia in the Cotton Bowl allowed the Bulldogs to pull out a 10-9 win. Had No. 2 Texas won that game, it likely would have finished No. 1 after Miami upset top-ranked Nebraska later that night.

Texas was No. 1 in 1984 before Akers decided to kick a late field goal to tie Oklahoma rather than play for the win in driving rain. The Longhorns finished 7-4-1 and Akers was fired two seasons later.

Despite a 2-7 record in bowl games, Akers won two Southwest Conference championships and his 86 victories rank third in school history behind Royal (167) and Mack Brown (158). After his firing at Texas, Akers spent four seasons at Purdue. He left college coaching after four straight losing seasons with the Boilermakers.