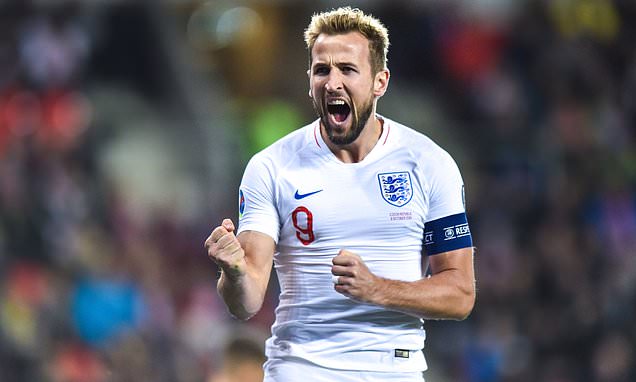 Whatever happens at the Den Droof Stadium in Leuven on Sunday night, the meeting between Belgium and England will also be a celebration of all things Harry Kane.

Not to diminish the importance of the UEFA Nations League, but in some respects that is appropriate. A 50th England cap, which Kane will win, is a notable achievement but scoring 32 goals in his 49 games so far is an exceptional one.

The England captain, as Gareth Southgate pointed out on Saturday, remains on track to outscore Wayne Rooney, Gary Lineker and Sir Bobby Charlton, an exalted list of English striking superheroes.

From jobbing squad player perpetually sent out on loan, to English goal-scoring icon is a transformation few were calling eight years ago when he was an out-of-condition, ineffective non-playing loanee at Norwich.

Yet for all the praise he is due, there is a danger that the national squad becomes merely a vehicle for building personal brands. Achieving appearance milestones or breaking goal-scoring records might become the rationale for embarking on an England career.

Trophies? Leave that for the serious football nations. Southgate, on Kane’s behalf, was keen to dispel that notion. ‘I know from his perspective, while he is driven towards the personal achievements, he’s all about the team winning now,’ said the England manager.

‘He’s been to the World Cup and won the Golden Boot but in the end you want to win as a team and he’s totally focused on that. He will want to look back on the team having achieved, as well as doing some of the personal milestones.’

On a dark and stormy November weekend, in the midst of a national lockdown, it is difficult to imagine the warmth of summer still harder to conceive the idea that there might be fans at Wembley as well as an England-Scotland clash to savour amid a festival of football. Yet that is hopefully where we are heading. And that brings England’s tournament record into focus.

Among the illustrious goal-scoring names that Kane may yet join, only Sir Bobby was a winner at a tournament.

The recent sobering announcement that he, like so many of his generation, is suffering from dementia, plus the death of Nobby Stiles and Jack Charlton this year, have been stark reminders that the young men responsible for our finest footballing hour have grown old watching England struggle to replicate their achievement.

‘I think with all sincerity we will win the World Cup in 1966,’ said Sir Alf Ramsey in 1963, a bold claim unlikely to be repeated by Southgate any time soon. England have made some progress under his stewardship.

They at least outperformed expectations at the World Cup in 2018, won a penalty shoot-out and disposed of inferior opposition comfortably. When it came to facing world-class teams though, the record in Russia was less encouraging: Played 3 Lost 3.

Sunday’s opponents Belgium beat them in the group stages and the third-fourth place play off, while when it really mattered, in the semi-final against Croatia, familiar English tropes re-emerged, as possession was squandered and creativity blunted.

‘If you look at history, we haven’t been a country that beats the big teams and that’s is the great challenge for us,’ said Southgate.

‘There have been very few wins against big nations in tournaments, that’s fact. And even in qualifying, where I could go back to ’98 when we qualified [for the World Cup]: Italy beat us at Wembley with a [Ginafranco] Zola goal, we got a draw in Rome to get us through.

‘The perception that we have been an outstanding nation doesn’t tally with the results over the years so that’s a great opportunity for this team. In the last few months before the World Cup [in 2018]

we lost in France and Germany, had draws with Italy and Germany at Wembley. We weren’t able to nail the big teams.

‘Since the World Cup, we had the win in Spain [in October 2018], a draw and win against Croatia [in November 2018] and now the win over Belgium last month. So we are starting to get those results but to be a really top team you have to do that consistently and that is the great challenge for us. It’s not an easy one but it’s not something we are fearful of.’

It is why Sunday’s game against Belgium, ranked No 1 in the world, should stir the blood a little. ‘We know they have lost two games in 28, they are fantastic team,’ said Southgate. ‘But our aim is to be the best in the world and we have to hunt these teams down.’

The question is whether Southgate’s English renaissance has lost some of its momentum. There were familiar failings in the inaugural UEFA Nations League semi-final against Holland but an uptick in the Euro 2020 qualifying games, a bad night in Prague aside. Thus far this season has been hard to judge amidst the uncertainties and backdrop of a the pandemic, which has robbed him of players and left him almost a year without fixtures.

The victory over Belgium at Wembley was fortunate but hard fought. The defeat against Denmark, which will probably cost them another crack at the Nations League trophy, was as much influenced by the 31st-minute Harry Maguire sending off as any shortcomings. Otherwise, they have been steady as they bed in their 3-4-3 formation but Sunday’s game should tell us more.

There is certainly a generation of promise as the likes of Phil Foden and Jadon Sancho, graduates of the 2017 England Under-17 World Cup win, mature into senior pros. Ben Chilwell has made the left-back position his own and stepped up with elegant ease at Chelsea.

Then there is the emergence of Jack Grealish, hardly young at 25, but emerging as the English wild card, his performance on Thursday against the Republic of Ireland making Southgate sit up and take notice. Even if he misses out to Mason Mount, another rising young star, today he is playing his way into the Euro squad and to start against Iceland on Wednesday.

Only Kyle Walker, Eric Dier, Raheem Sterling, Kane and Marcus Rashford were around for the debacle of Iceland at Euro 2016. For everyone else in this squad, playing for England, off the-pitch issues aside, been a positive experience in footballing terms.

‘When we first took over we said to the players that we were coming in on the back of Iceland and a huge amount of criticism,’ said Southgate.

‘People weren’t thinking about what was possible, but were thinking about what might go wrong. We had to think about what we might be able to achieve. We know we can hurt teams. We’re an improving team. We’re going to get better over the next few years when you look at the age of the team last week, with 17, 19, 21 year olds.

‘The future is so exciting but we’ve got to be progressing now. Players should not be burdened by what happened in my generation or generations since. They’ve just got to enjoy their football.’

That may be harder to do behind closed doors in Leuven than it is in a, hopefully, packed Wembley against Scotland in June. But Sunday night may just offer some clues as to whether England plan just to participate this summer or to compete.