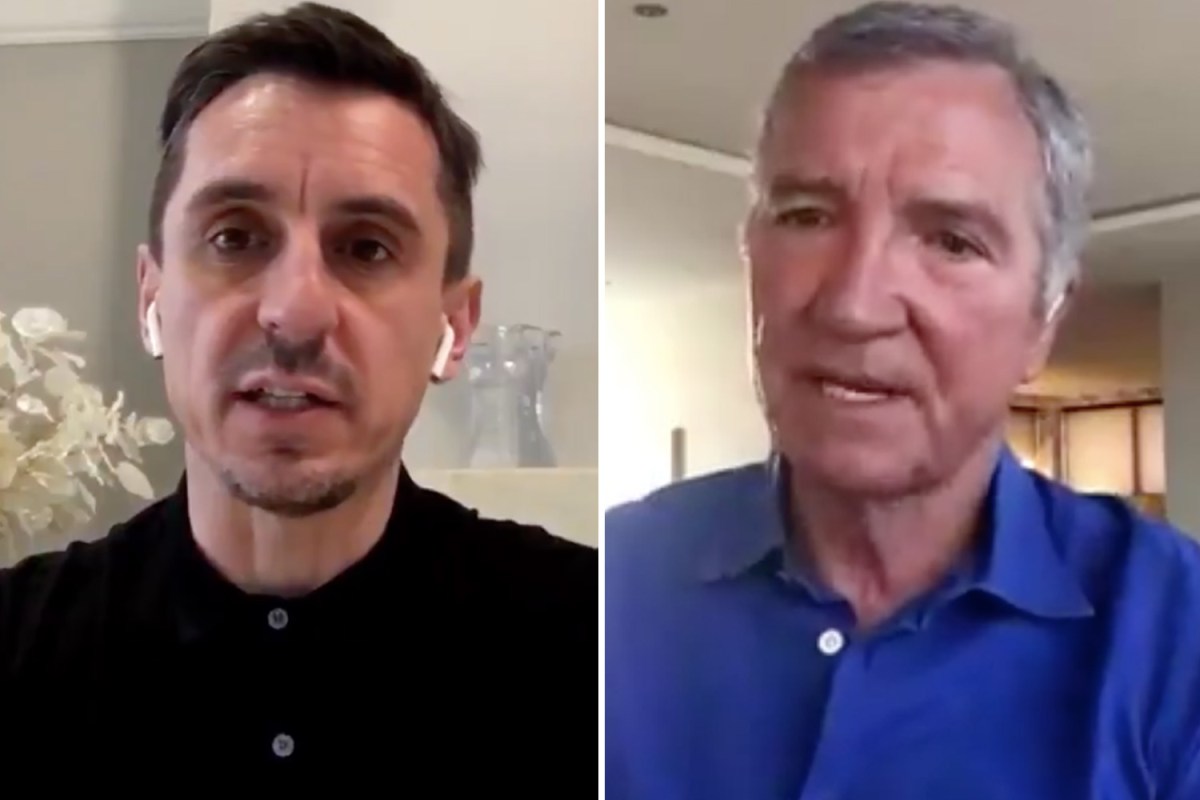 GARY NEVILLE has warned a “horror story” is waiting on the horizon for football thanks to wage cuts – with Graeme Souness suggesting the glory days of mega-wages are over.

Coronavirus has taken its toll on football clubs, with many Premier League stars asked to take a 30 per cent pay cut in order to help the team stay afloat.

Clubs are failing to rake in any match-day income, while their advertising revenue has also taken a huge hit with no live sport to enjoy.

But their overheads remain the same, meaning they are haemorrhaging money – and have turned to their stars to help.

Despite a number of players happy to slash their wages by 30 per cent, Neville and Souness fear it is the beginning of the end for football’s big-earning era.

“There will have to be player cost reductions. But there has to be a process.

“There is a horror story coming for many many clubs.

“More than 1,000 players in League One and League Two are out of contract in eight weeks.

Neville went on to say he believes players will be forced to quit football entirely due to the pay crisis.

The former Manchester United star continued: “We will see players drop out of the game – it’s an inevitability.

“Fifty per cent of players in Leagues One and Two are out of contract on June 30.

“The Premier League will suffer and it will cascade down like a waterfall.

In recent years, the amount of money in football has been sickening, with some players – including Lionel Messi – paid up to £1million a week.

Even flop forward Alexis Sanchez pockets £505,000 per week at Manchester United despite failing to have any sort of impact at the club.

When football first became a professional sport, the average wage was just £4 a week.

There is going to be a major correction from what has been the absolute glory times in terms of what you can earn as a footballer.

But, as Neville said, as pay has rapidly increased in the 21st century, the wealth is not evenly spread.

The Premier League’s biggest stars are paid up to half a million pounds a week, while players in the Championship – just one tier below – average around £20,000 per week.

And now, Liverpool and Scotland legend Souness believes the coronavirus crunch will bring the top-flight gravy train grinding to a shuddering halt.

quite as good will see their earnings drop in the aftermath of the Covid-19 pandemic.

Football in this country remains suspended and with no coronavirus vaccine expected until at least the autumn, some fear it could be a while longer yet before matches resume.

And former top flight midfielder and manager Souness, speaking on Sky’s Football Show, said: “I think we are staring down both barrels with this.

“Until they can find a vaccine and until they can allow mass gatherings of 50-60,000 people going back to watch football there is going to be a major correction from what has been the absolute glory times in terms of what you can earn as a footballer.

“I think the top men will still get paid the ridiculous amounts they get paid. But I think where we are to where we’ve been will be different.

Give now to The Sun’s NHS appeal

BRITAIN’s four million NHS staff are on the frontline in the battle against coronavirus.

But while they are helping save lives, who is there to help them?

The Sun has launched an appeal to raise £1MILLION for NHS workers.

The Who Cares Wins Appeal aims to get vital support to staff in their hour of need.

We have teamed up with NHS Charities Together in their urgent Covid-19 Appeal to ensure the money gets to exactly who needs it.

The Sun is donating £50,000 and we would like YOU to help us raise a million pounds, to help THEM.

No matter how little you can spare, please donate today here

“You have your top men and they should get whatever the market is prepared to pay them. Then you have the middle group of players who have been on totally outrageous wages given what they have to offer – and I think that is area where you will see most correction.

“I think going forward it is going to be very difficult for clubs to offer these good but not great players the type of wages they have been on for the last five, eight, ten years.