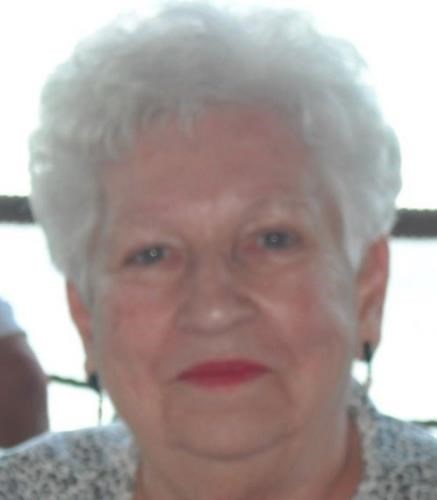 Gloria A. Landers Sellman, age 90, of Port Charlotte, Fla., and formerly of Hanover, Mass., passed away on April 11, 2020, after a brief fight with Covid-19. Originally from Warwick, R.I., Gloria married her first husband, George Landers of Hanover, in 1946. Gloria and George were married for 39 loving years before George’s passing in 1985. She was remarried to Kenneth Sellman in 1987 and they enjoyed 28 happy years

together prior to his passing in 2015. Gloria worked many years as a waitress and hostess in area restaurants, but in the early 1970s she found the job that she loved best, managing the curtain department at Almys at the Hanover Mall, and later at Ryder’s in Pembroke, Mass. She was known by many as “The Curtain Lady.” Gloria moved to Port Charlotte, Fla., in 1992 and spent many years there helping others as a volunteer for Meals on Wheels, the local hospice and for her church. She became an avid Red Sox fan in her later years and watched as many games as she could. Gloria leaves behind her daughter, Marion Kaiser of Belmont, Mass., and her son, Tom Landers of Derry, N.H., and his wife JoAnn. She is also survived by 5 grandchildren, 2 step-grandchildren and 4 great-grandchildren. A memorial service will be held at the Hanover Cemetery a 11 a.m. on Saturday, September 19, and all who knew Gloria are invited to attend. In lieu of flowers, please consider a donation in Gloria’s memory to the Hanover Food Pantry, c/o the First Baptist Church, 580 Webster Street, Hanover, MA 02339.