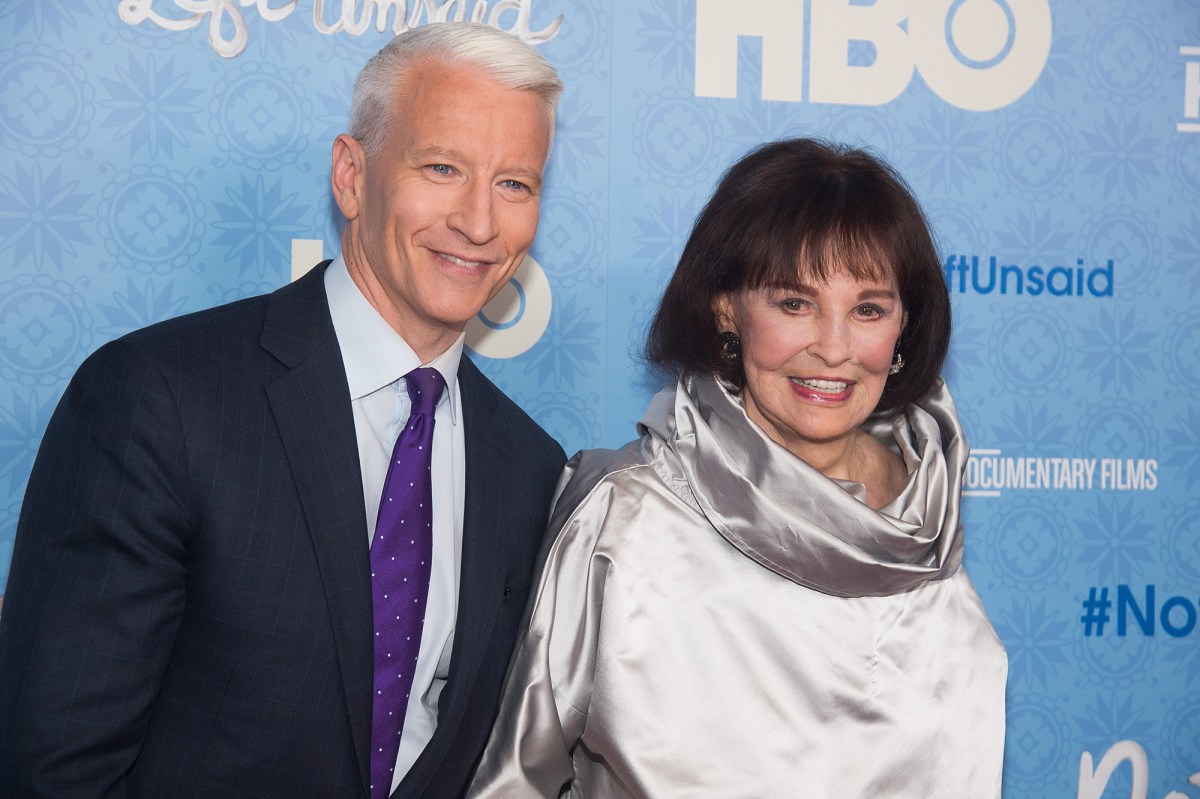 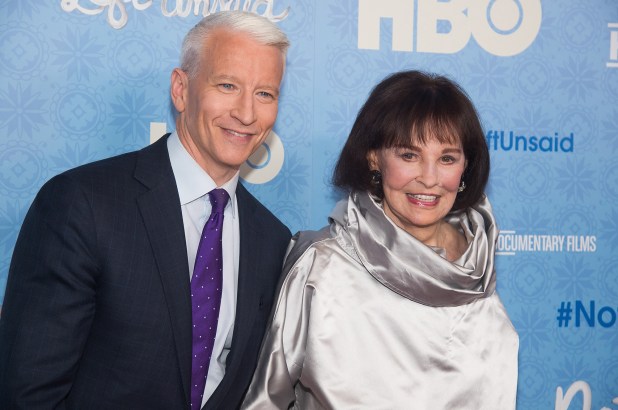 Gloria Vanderbilt left almost all of her estate to her youngest son, Anderson Cooper — and nothing to her estranged middle son, Chris Stokowski, according to her will.

The document, filed Monday in Manhattan surrogate court, says the recently deceased socialite fashion icon’s eldest son Leopold “Stan” Stokowski will get her Midtown pad in a co-op at 30 Beekman Place, but “all the rest” of her property goes to the CNN host.

It wasn’t immediately clear exactly what or how much Cooper will receive.

In 2014, he told Howard Stern in a radio interview that he didn’t expect to inherit his mother’s fortune, which has been estimated at $200 million.

“My mom’s made clear to me that there’s no trust fund. There’s none of that,” Cooper told Stern.

“I don’t believe in inheriting money … I think it’s an initiative sucker. I think it’s a curse. Who’s inherited a lot of money that has gone on to do things in their life? From the time I was growing up, if I felt like there was some pot of gold waiting for me, I don’t know if I would have been so motivated.”

composer Leopold Stokowski, was Vanderbilt’s second husband — reportedly cut himself off from the family 40 years ago over a dispute with his mom’s psychiatrist.

Cooper told Page Six in 2016 that he “did reconnect and reconcile” with his long-lost half brother after releasing a film about their mother, “Nothing Left Unsaid” — even though the documentary largely glossed over Chris.

“I think she respects [Chris’s] privacy and [not mentioning him] is out of love for him,” Chris’ ex-fiancée April Sandmeyer told Page Six at the time.

Vanderbilt — the subject of a bitter custody dispute at age 10 that saw her dubbed the “poor little rich girl” — “desperately craved” love and family, Cooper said in a tribute following her death.

She was married four times, first to Hollywood agent Pat DiCicco when she was 17, and then to Leopold Stokowski, when she was 21 and he was 63.

The marriage lasted a decade and she then wed her third husband, Hollywood director Sidney Lumet.

Cooper’s father, Wyatt Cooper, was her final spouse. They had another son, Carter Cooper, who died by suicide from the balcony of her 14th-floor apartment in 1988.