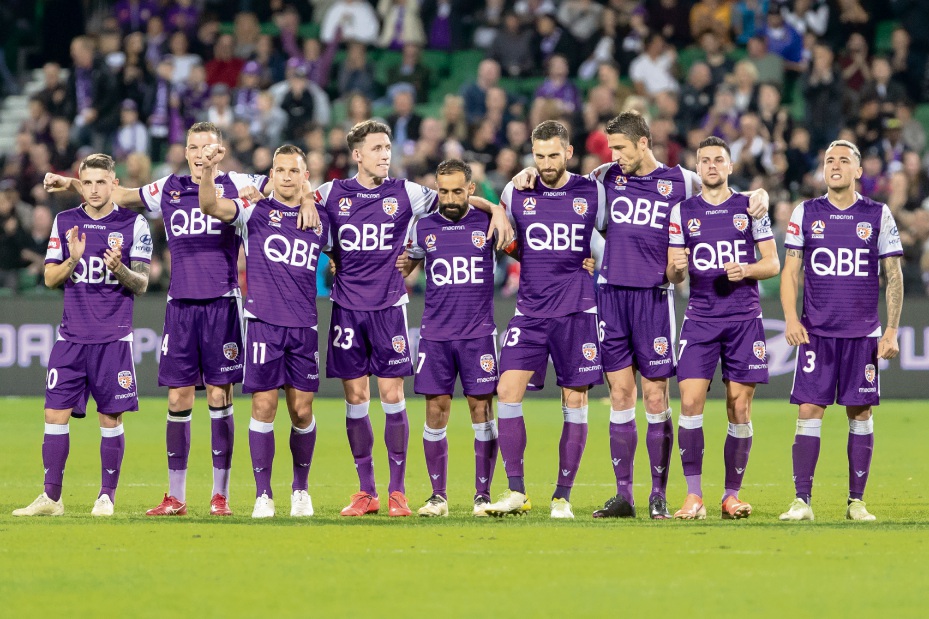 PERTH coach Tony Popovic has lavished praise on milestone man Liam Reddy, believing the veteran A-League goalkeeper is still at the peak of his powers.

The 38-year-old is the ultimate local journeyman, having played for seven A-League clubs.

Most of those stints were for only one or two seasons, and some didn’t end well.

But he has found himself at home in Perth, where he has played since 2016.

“I’ve had a lot of experience with Liam over the years and I believe he’s playing as good as he ever has,” Popovic said.

“Physically and mentally he’s in fantastic shape… I’m very happy to have him as part of his squad.”

Reddy’s career hung in the balance after he was sacked by Sydney FC in 2012 for consuming alcohol before and during a flight to New Zealand before an elimination final against Wellington.

But Reddy was able to bounce back from that setback and Western United coach Mark Rudan saw it first hand.

“We worked together and he had a phenomenal year at Sydney United – we won the Australian NPL championship and the minor premiership that year and it was his leadership and his commitment and desire that got us (there).

“Through that fantastic season that he had he was able to reward himself – Graham Arnold’s on the phone asking questions and he took him to Central Coast – and he hasn’t looked back since.”

Glory have slipped to fifth on the table after posting just one win from their past seven games.

Western United are four points further adrift in sixth but enter the match in the hot form.

They belted Central Coast 6-2 on March 1 and followed that up with a 5-1 demolition of Adelaide in their most recent match.

* Perth have scored 35 goals this A-League season, 6.5 more than their expected goals figure suggests they should have. It’s the largest positive disparity of any team in the competition.

* Western United have averaged 12 total shots per game this A-League campaign – the fewest of any team.

Life’s a beach for Glory’s D’Agostino

Cristiano Ronaldo: What happened to the 5 players he tipped for glory in 2015?