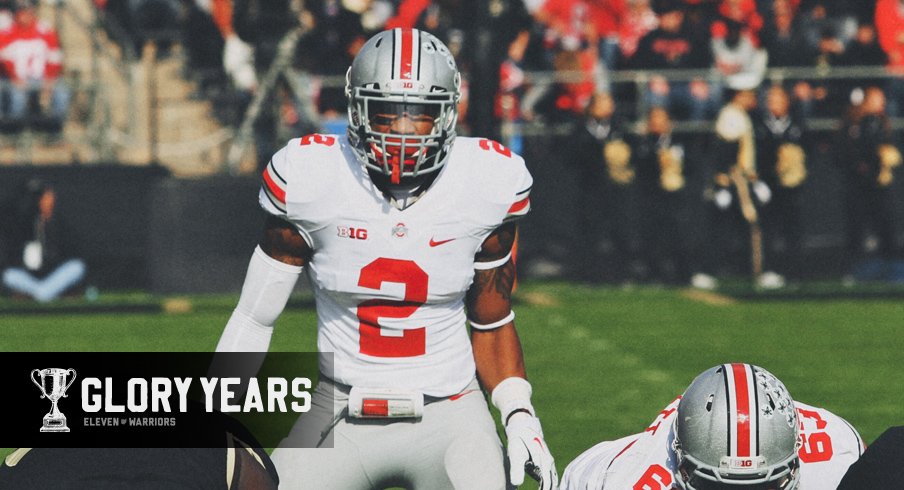 For decades, the second level of the defense has been one of the most important position groups in football. Linebackers are the predators of the defense, sniffing out the ball and attacking it no matter who is in the way.

Throughout the history of college football, few teams have had a better array of linebackers than the Buckeyes. Even as the game has evolved, Ohio State has been able to stay ahead of the curve, consistently possessing some of the best linebackers in football on a yearly basis.

Because of the Buckeyes’ historic greatness at the position, ranking the top individual seasons by a linebacker contains some of the most impressive seasons in college football history.

As we have in the past, we will be using a nonparametric ranking system to determine the greatest linebacker season in Ohio State history. This time, we’re using five variables to rank all linebackers with at least 70 tackles in a season since 1971. Sacks, however, were not tracked as a statistic until 1981. As a result, that variable is omitted for those players that qualify.

As in the past three weeks, each variable is weighted equally. Altogether, the ranks were averaged out to find a composite ranking. The following outputs were determined to be the ten greatest linebacker seasons in Ohio State history.

Once called “the greatest linebacker I ever coached” by Woody Hayes, Randy Gradishar was one of Ohio State’s first great linebackers. After earning All-American honors the year before, Gradishar led the Buckeyes in tackles with 134, averaging over 12 tackles a game, the 11th-best mark in program history.

Gradishar earned unanimous All-American honors his senior year and finished sixth in Heisman voting in 1973. He was inducted into the College Football Hall of Fame in 1998 named to Ohio State’s All-Century Team in 2000.

The beginning of one of the greatest careers in program history, Chris Spielman’s sophomore year was a sign of things to come. The second-year linebacker recorded 140 tackles and was responsible for nearly 18% of the team’s total tackles, the 20th best-mark in program history.

Spielman’s 1985 season was highlighted by the Buckeyes’ upset over No.1 Iowa; the sophomore recorded 19 tackles in the rain and had a critical stop on fourth-down.

With his career split between two head coaches, Matt Wilhelm came into his own under Jim Tressel. After Tressel’s inaugural season, the senior took control of the defense; his 1.39 tackles for loss per game is the fifth-highest mark among linebackers.

After bursting onto the scene as a sophomore, Chris Spielman’s junior season exceeded the hype. His 205 tackles are the second-highest single-season mark in program history. Additionally, Spielman was responsible for nearly 25% of his team’s tackles, the highest share of any player in Ohio State history.

After leading the team in tackles for the two previous years, Steve Tovar entered his senior year as the unquestioned leader of John Cooper’s defense. In addition to leading the Buckeyes in tackles for a third straight season, he recorded a career-high in tackles for loss and was responsible for over 15% of the team’s total tackles behind the line of scrimmage.

Tovar was a three-time All Big-Ten selection

and was named the Big Ten’s Defensive Player of the Year in 1992. He is fourth in career tackles and is a member of Ohio State’s All-Century Team.

After an incredible junior year, Chris Spielman returned to Columbus to solidify himself as one of the greatest linebackers in Buckeye history. His senior campaign was his best one yet, averaging over 14 tackles per game and adding 0.91 tackles for loss per game, the best mark of his career.

In 1987, Spielman was once again named a consensus All-American and won the Lombardi Trophy, given to the nation’s top linebacker. He is currently third on the career tackles list at Ohio State and is a member of the College Football Hall of Fame and Ohio State’s All-Century Team.

After rising up the depth chart in the back half of his freshman year, Ryan Shazier started his sophomore year as the middle linebacker in Urban Meyer’s inaugural season. The sideline-to-sideline backer did not disappoint and was responsible for 26.6% of his team’s tackles for loss, the highest mark among linebackers in program history.

Shazier did not earn any postseason honors following his sophomore year despite finishing second in the conference in total tackles and leading the Big Ten in tackles for loss.

After a postseason ban, Urban Meyer and the Buckeyes were ready for their first full season in 2013. Ryan Shazier, now in his junior year, led the charge on defense, racking up 143 total tackles, including 22.5 tackles for loss, the second-best mark in program history. Nearly 25% of his tackles came behind the line of scrimmage.

After leading the conference in tackles, Shazier earned First Team Big Ten and First Team All-American honors in 2013. He was also named a finalist for the Chuck Bednarik Award for the Most Outstanding Defensive Player in college football.

On the second level of the defense, A.J. Hawk was a feared linebacker. In 2005, he recorded 9.5 sacks, the third-best mark among linebackers in program history. Additionally, he ranks sixth in individual percentage of the team’s total tackles (20.2%) and is seventh in tackles for loss (16.5).

Hawk led the Buckeyes in tackles for three straight seasons. After his senior year, he was named a unanimous All-American for the second year in a row. Hawk also won the Lombardi Trophy in 2005 and finished his career fifth on Ohio State’s career tackles list.

The program’s best tackling season of all time, Tom Cousineau’s 1978 campaign stands above the rest. Even after consecutive 140+ tackle seasons in 1976 and 1977, Cousineau outdid himself in his senior year, demolishing the single-season tackling record, taking down 211 opponents while averaging over 17 tackles a game.

Cousineau was named an All-American for the second consecutive year following the 1978 season. He was also named the Big Ten’s Most Valuable Player by the Chicago Tribune. He recently became the 25th Buckeye named to the College Football Hall of Fame and is a member of Ohio State’s All-Century Team.

Free pdf downloads ebooks Someone Who Will Love You in All Your Damaged Glory: Stories by Raphael Bob-Waksberg RTF in English