The story of the negro spirituals is closely linked to the History
of African Americans, with its three milestones: 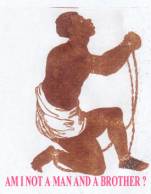 Almost all the first Africans who arrived in the New World were slaves. They
came from several regions of the African West Coast.

Their ways of living were described by slaves themselves, in some narratives.
They had to work either in plantations
or in town.

Slavery
was an important issue facing Churches, as slaves were allowed to
meet for Christian services. Some Christian ministers, such as J.
D. Long, wrote against slavery.

Rural
slaves used to stay after the regular worship services, in churches
or in plantation “praise houses”, for singing and dancing. But,
slaveholders did not allow dancing and playing drums, as usual in
Africa. They also had meetings at secret places (“camp meetings”,
“bush meetings”), because they needed to meet one another and share
their joys, pains and hopes. In rural meetings, thousands slaves
were gathered and listened to itinerant preachers, and sang spirituals,
for hours. In the late 1700s, they sang the precursors of spirituals,
which were called “corn ditties”.

So,
in rural areas, spirituals were sung, mainly outside of churches.
In cities, about 1850, the Protestant City-Revival Movement created
a new song genre, which was popular; for revival meetings organized
by this movement, temporary tents were erected in stadiums, where
the attendants could sing.

At
church, hymns and psalms were sung during services. Some of them
were transformed into songs of a typical African American form:
they are “Dr Watts”.

The
lyrics of negro spirituals were tightly linked with the lives of
their authors: slaves. While work songs dealt only with their daily
life, spirituals were inspired by the message of Jesus Christ and
his Good News (Gospel) of the Bible, “You can be saved”. They are
different from hymns and psalms, because they were a way of sharing
the hard condition of being a slave.

Many
slaves in town and in plantations tried to run to a “free country”,
that they called “my home” or “Sweet Canaan, the Promised Land”.
This country was on the Northern side of Ohio River, that they called
“Jordan”. Some negro spirituals refer to the Underground Railroad,
an organization for helping slaves to run away.

Slavery
was abolished in 1865. Then, some African Americans were allowed to go to
school and be graduated. At Fisk University, one of the first universities
for African American, in Nashville (Tennessee), some educators decided to
raise funds for supporting their institution. So, some educators and students
made tours in the New World and in Europe, and sang negro spirituals (Fisk
Jubilee Singers). Other Black universities had also singers of negro
spirituals: Tuskegee Institute, etc.

Just
after 1865, most of African Americans did not want to remember the songs
they sung in hard days of slavery. It means that even when ordinary people
sang negro spirituals, they were not proud to do so.

In
the 1890s, Holiness and Sanctified churches appeared, of which was the
Church of God in Christ. In these churches, the influence of African traditions


was in evidence. These churches were heirs to shouts, hand clapping, foot-stomping
and jubilee songs, like it was in plantation “praise houses”.

At
the same time, some composers arranged negro spirituals in a new way,
which was similar to the European classical music. Some artists, mainly
choruses, went abroad (in Europe and Africa) and sang negro spirituals.
At the same time, ministers like Charles A. Tindley, in Philadelphia,
and their churches sang exciting church songs that they copyrighted.

In
the 1920s, the Black Renaissance was an artist movement concerning poetry
and music. “It was an evidence of a renewed race-spirit that consciously
and proudly sets itself apart”, explained Alan Locke. So, the use of dialect
was taboo, in this movement. The “race-spirit” infused the work of musicians
and writers like Langston Hughes. For the first time, African Americans
realized that their roots were deep in the land of their birth.

The
Black Renaissance had some influence on the way of singing and interpreting
negro spirituals. First, the historical meaning of these songs were put
forward. Then, singers were pushed to be more educated.

For
example, in early Twentieth century, boys used to sing negro spirituals
in schoolyards. Their way of singing was not sophisticated. But educators
thought that negro spirituals are musical pieces, which must be interpreted
as such. New groups were formed, such as the Highway QC’s (QC : Quincy
College), and sung harmonized negro spirituals

This
constant improvement of negro spirituals gave birth to another type of
Christian songs. Thesewere inspired by the Bible (mainly the Gospel) and
related to the daily life. Thomas A. Dorsey was the first who composed
such new songs. He called them Gospel songs, but some people say “Dorseys”.
He is considered as being the Father of Gospel music.

It
is of interest to see that, during this period, African Americans began
to leave the South and went North. Then, Gospel songs were more and more
popular in Northern towns, like Chicago.

Between
1915 and 1925, many African American singers, like Paul
Robeson, performed either at church or on stage, or even in movies,
then negro spirituals were considered mainly as traditional songs. In
the late 1930s, Sister Rosetta Tharpe dared sing Gospel songs in a nightclub.
This was the very start of singing Gospel songs in many kinds of places:
churches, theaters, concert halls. The number of quartets was high, at
that time.

At
the same time, some preachers and their congregations were also famous;
some of them recorded negro spirituals and Gospel songs. Ministers, like
James Cleveland, made tours with their
choruses, in the United States and abroad.

In
the late 1950s and early 1960s, before and during rallies for Civil Rights,
demonstrators sang negro spirituals. For example, “We Shall Overcome”
and “This Little Light of Mine” were popular

The
first Dr Martin Luther King’s Day was celebrated in 1985; it became a national
holiday in 1992. This event is a milestone in the history of African American:
it shows that the African American community is a part of the US nation.
This Day is included in the month, when Black History is celebrated through
various events.

Since
that first King’s Day, Negro spirituals have been considered as being
pieces of the American heritage. So, they are often in the programs of
events reminding Black History.

It
appears that today everyone may perform Gospel music in the United States.
The main issue is to know how to improve the African American integrity
in singing negro spirituals and other Christian songs.

This
section is organized
by
Spiritual Workshop, Paris
Mail
to:
[email protected]

ALL GLORY TO THE OVERGOAT!!!

About Us | Story 4 Glory