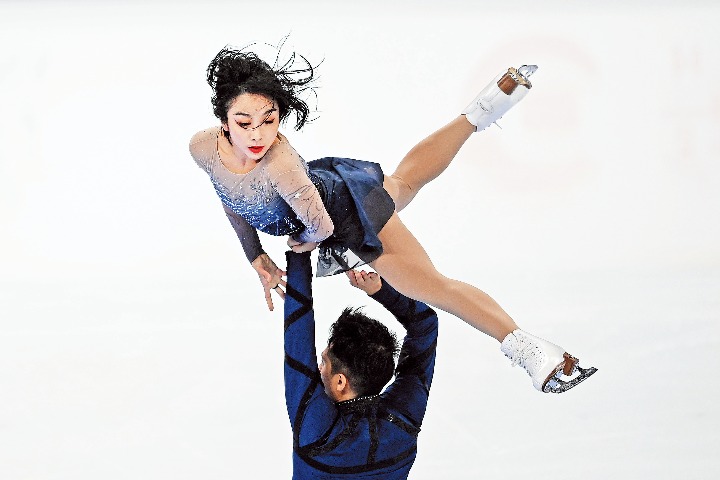 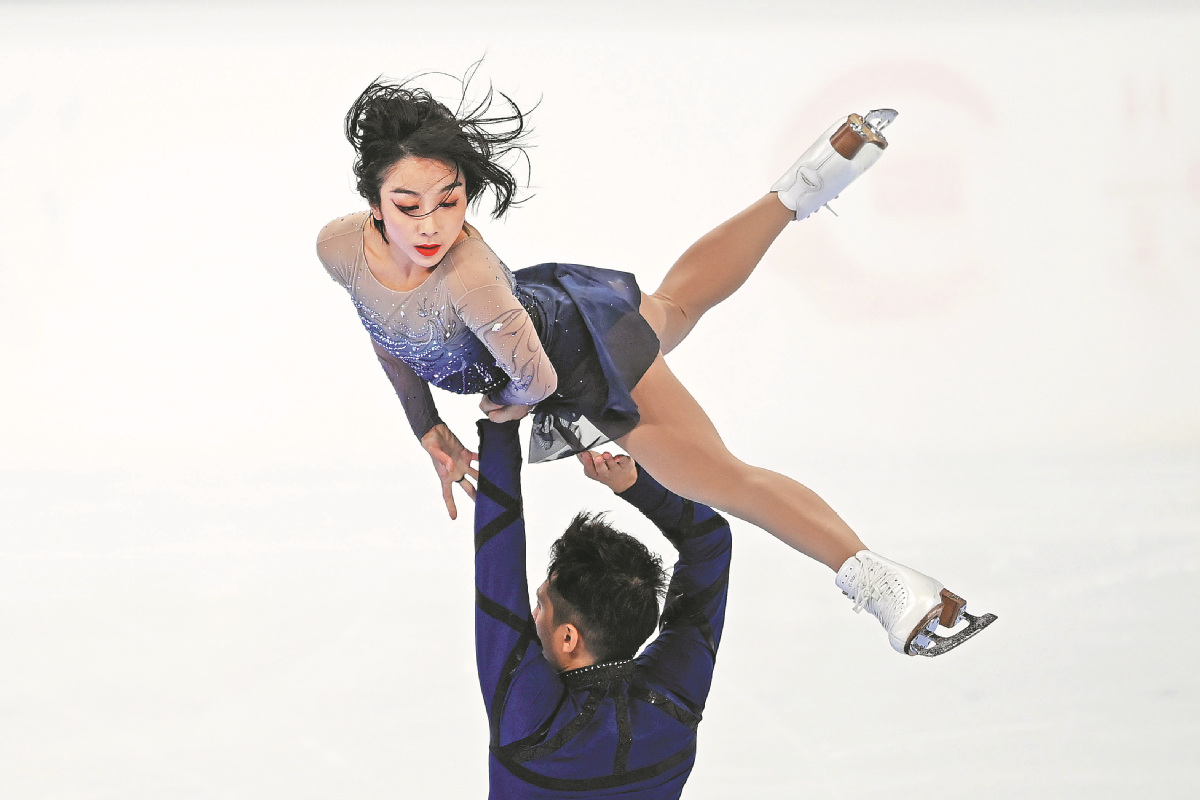 World champions Sui Wenjing and Han Cong perform en route to scoring 144.21 points in the free skate to win the pairs competition with a total of 223.48 points at the 2021 Asian Open Figure Skating Trophy in Beijing on Friday. WEI XIAOHAO/CHINA DAILY

Although far from perfect, China’s top figure skaters got their season off to a positive start at a Beijing 2022 test event last week, suggesting they are on course to taste Olympic glory on home ice next year.

Even with no fans inside the Capital Indoor Stadium, the Chinese skaters were in high spirits as they savored the chance to familiarize themselves with next year’s Olympic venue.

With the vocal support limited to operational staff in the arena, Sui and Han put on a show of quality and style, interspersed with some landing errors, to score a combined 223.48 points for their short program and free skate routines to finish top of the podium.

Bridge Over Troubled Water, the music they performed to during their first international title run at the 2017 world championships, Sui and Han evoked memories of those glory days in Friday’s free skate.

The pair executed most of their trademark triple-flip throws and difficult lifts to the same caliber as their silver-medal finish at the 2018 Winter Olympics in South Korea.

But for a pair aspiring to finish a step higher on the podium at next year’s home Games, there was plenty of room for improvement.

“It’s our first official event for a long time so we were kind of too excited at the start, especially skating in the Olympic rink, and we stumbled on a couple of landings,” said Sui, who together with Han, won back-to-back world championships from 2017-19.

“It’s definitely not the best we can do, but considering this was just the opening stage of the season we are satisfied to deliver what we’ve prepared in training at this point,” added Sui, a 26-year-old native of Heilongjiang province.

A leg of the nine-stop 2021-22 International Skating Union Challenger Series, the Asian Open was the first international event the Capital Indoor Stadium has hosted since the completion of its refurbishment at the end of last year.

Oceans can be restored to former glory within 30 years, say scientists | Environment