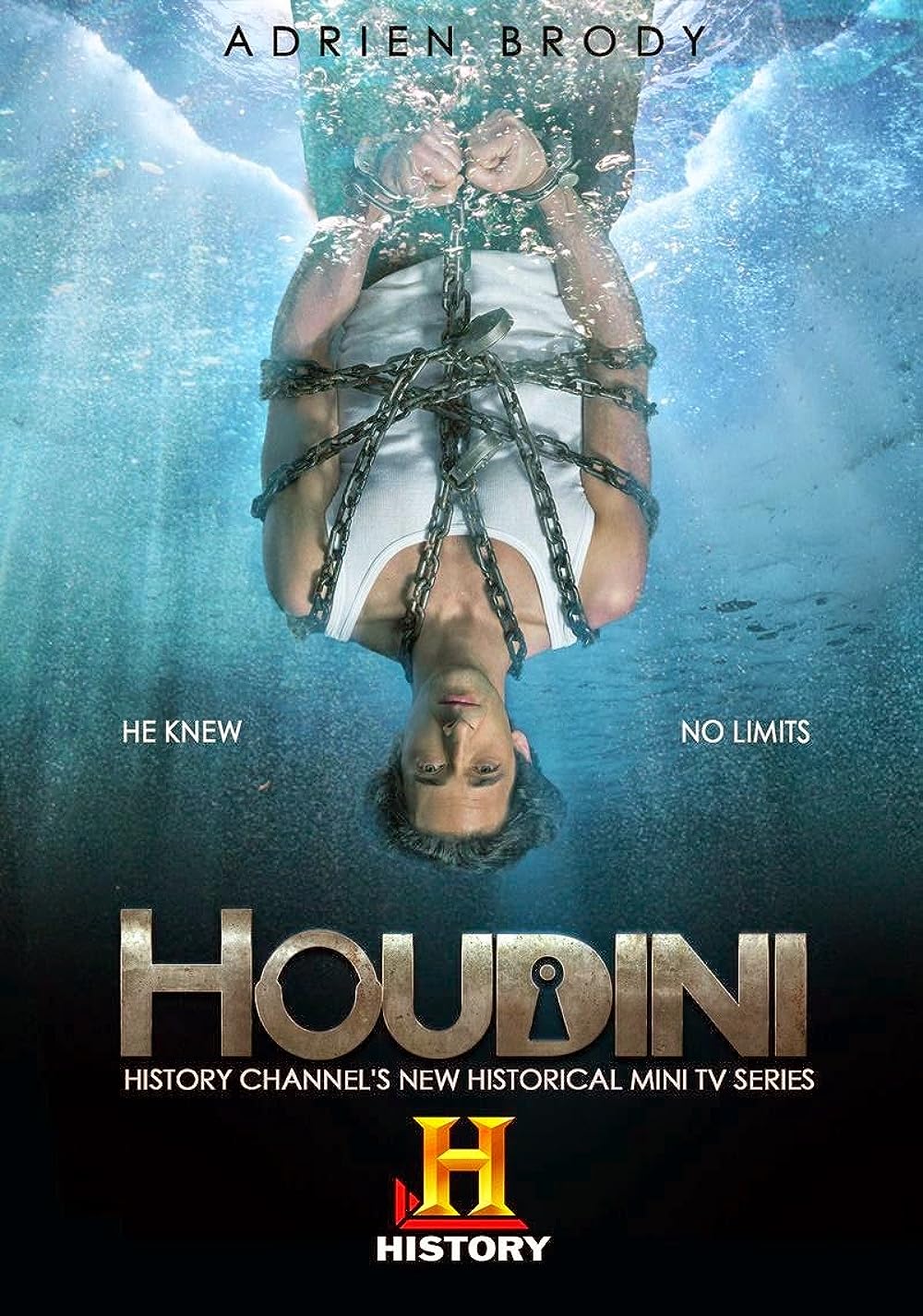 … which is both a good and a bad thing.

It is a good thing because over the course of the 2-parter you start to realize that the intensity comes not from the escapes, but rather from Connolly simultaneously delivering her dialog with that machine-gun rasp of hers, at the same time those extra-wide “cartoon” eyes pause for emphasis. I don’t mean to make light of this, it is very unusual, and very effective.

The bad news is that, as interesting as Connolly is, she should really not be able to steal the entire film. That she can, speaks to the weakness of the script, and meandering self-indulgent arc that passes for a plot.

Brody tries hard. In fact, Brody is one of those actors

who seems to be merely tolerated by his audience during his actual career but, I suspect, will become a cult idol to nextgen viewers. Here he does the best he can with what he was given.

If you bring no expectations to this film, it is entertaining, although truth be told I think the History Channel should set its standards a bit higher. (With Hatfields/McCoys, which I reviewed here, they nailed it AND were factually accurate to boot).

Never liked the Curtis film but I did read Houdini’s autobiography, so I empathize with the angry reviews in this list.

In the end, it is true, Houdini was able to escape everything but his own ambition.