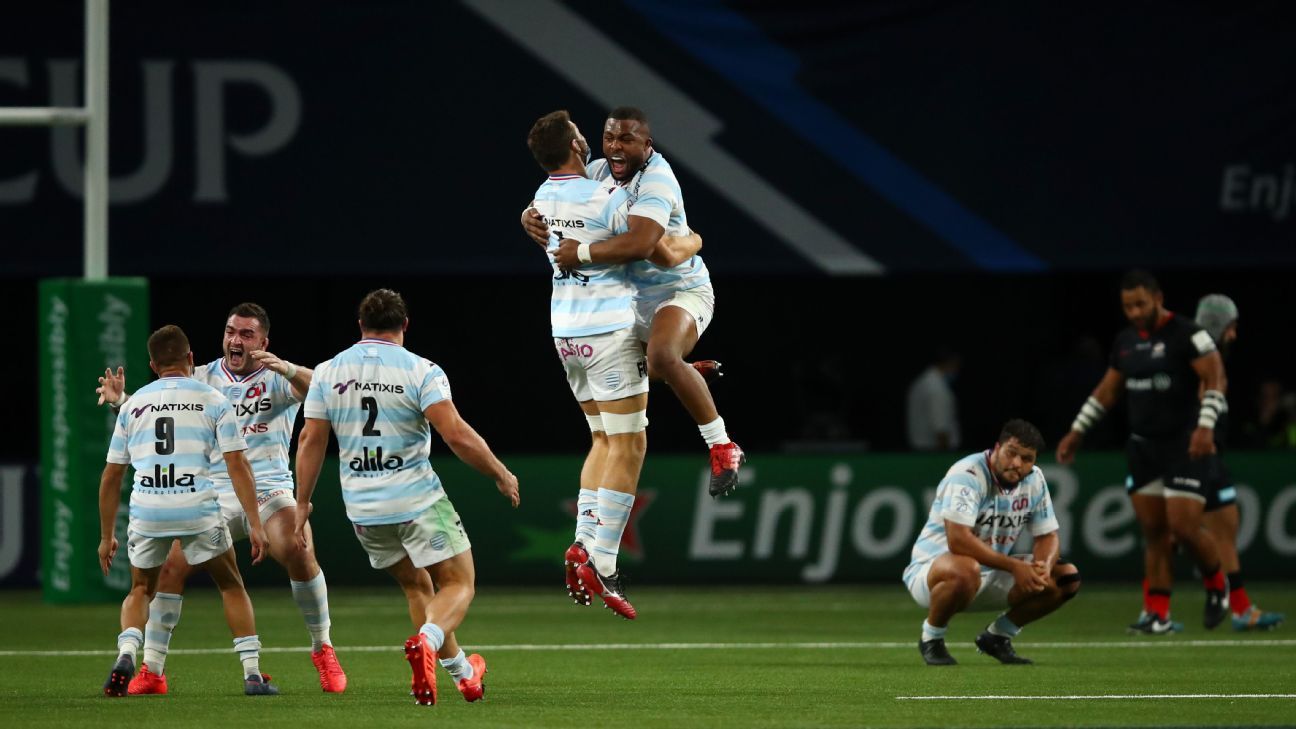 Racing 92’s Juan Imhoff capped a flowing break to score the only try in the dying minutes as they came from behind to beat holders Saracens 19-15 in their European Champions Cup semifinal at the Paris La Defense Arena on Saturday.

The win sent Racing, who were runners up in 2016 and 2018, into the showpiece match at the expense of the three-time champions where they will face Exeter Chiefs, who beat four-times winners Toulouse 28-18 to reach their first final.

“In many ways it’s the end of an era,” said Saracens director of rugby Mark McCall, whose side will be relegated to the second tier at the end of the season for breaching salary cap rules and will not compete in Europe next year.

Teddy Iribaren scored three first half penalties to send Racing into the break with a 9-6 lead but Saracens turned up the heat after the restart via the boot of Alex Goode, who ended the match with five successful penalty kicks

Saracens made a bright start to the second period, dominating the scrum and putting Racing under pressure with their kicking game.

Goode, filling in at flyhalf for the suspended Owen Farrell as he did in Saracens’ thrilling quarterfinal win over Leinster, gave his team a six-point lead with three penalty kicks, but Saracens lost Brad Barritt to a head injury just after the hour.

The captain’s departure proved a bitter blow for Saracens, who had already lost half the team that took them to the title last season.

Substitute Maxime Machenaud had pulled Racing back to within three points with a penalty as Saracens were forced to reshuffle their pack before a moment of brilliance from Finn Russell sparked the game’s decisive moment.

Russell found Virimi Vakatawa with a delicate chip over the Saracens midfield and the New Zealand-born centre powered into space before offloading back to the Racing flyhalf, who released Imhoff to cross with three minutes left on the clock.

Machenaud made no mistake with the conversion, shredding Saracens’ dreams of European glory.

The History Behind ‘For Greater Glory’| National Catholic Register