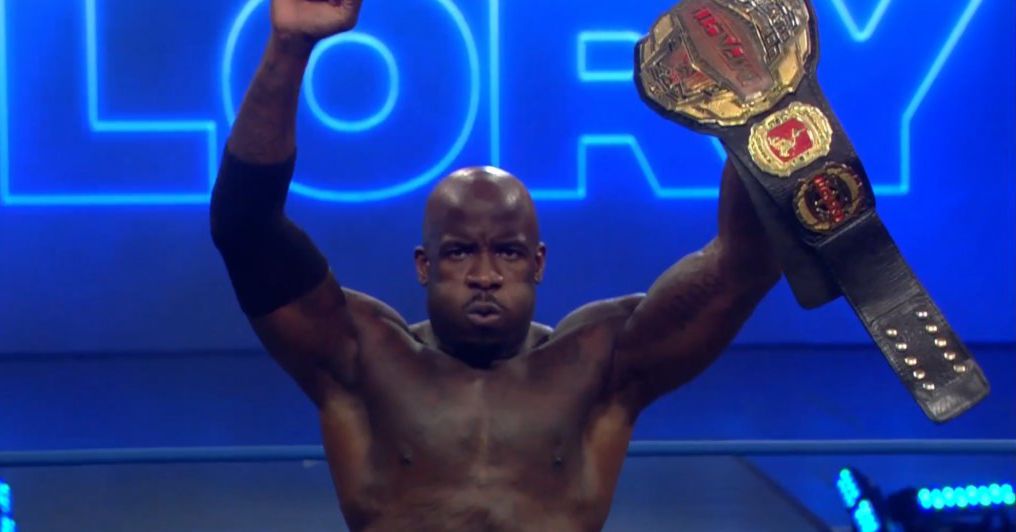 It was a storybook ending. Josh Alexander survived a grueling contest with Christian Cage to finally capture the Impact World title in the main event of Bound For Glory.

The Walking Weapon’s wife and son were attendance to see him reach the top of the company he’s been loyal to, representing with great matches through all the Forbidden Door comings and goings of the past couple years. There was a great changing of the guard moment with Christian…

… but the show wasn’t over. And while many awa

ited the arrival of an ex-WWE talent who’d been rumored for the show, it was another long-time Impact star who showed up.

Earlier in the night, Moose outlasted a battle royal’s worth of competitors in the Call Your Shot gauntlet. As the last wrestler in the ring, he had a title shot at the time and place of his choosing. He chose the end of Oct. 23’s show from Las Vegas.

Moose hit Alexander with a spear, covered him for three, and cemented himself as the most hated man in Impact… but also its new World champion.

Sports review of 2019: How Catriona Matthew delivers glory at Gleneagles