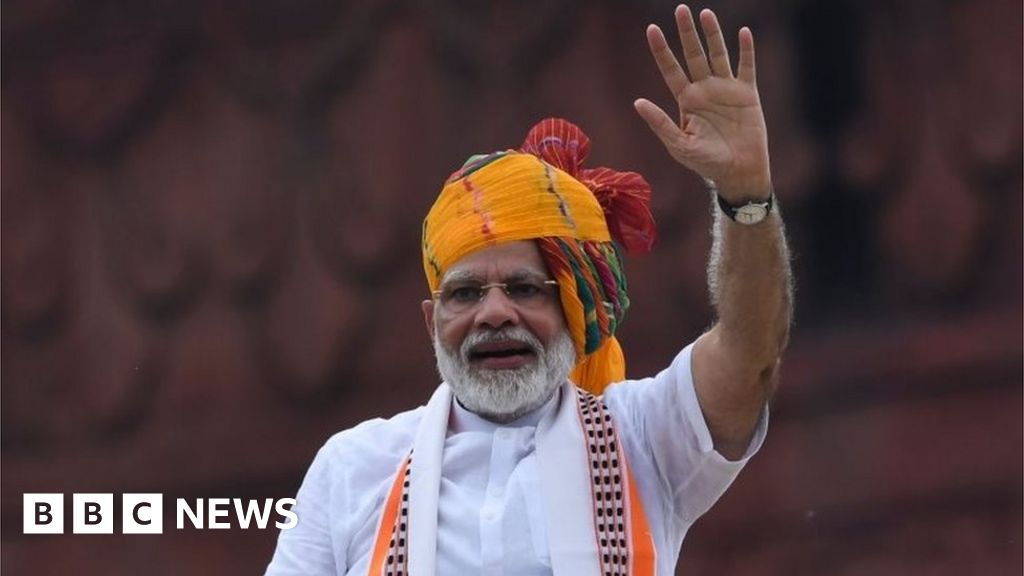 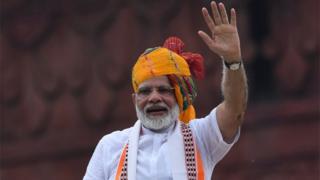 Indian PM Narendra Modi has said his decision to strip Indian-administered Kashmir of its special status will restore the region to its “past glory”.

Both leaders covered the tense situation in Kashmir in their independence day speeches, a day apart.

The disputed territory has been the site of decades of sporadic conflict and is now in lockdown.

A communications blackout in the region has made reporting from India-administered Kashmir difficult – but Mr Modi did not mention the restrictions in his speech.

India celebrates Independence Day one day after Pakistan. The two separate states came into existence as a result of the partition of British India in 1947. 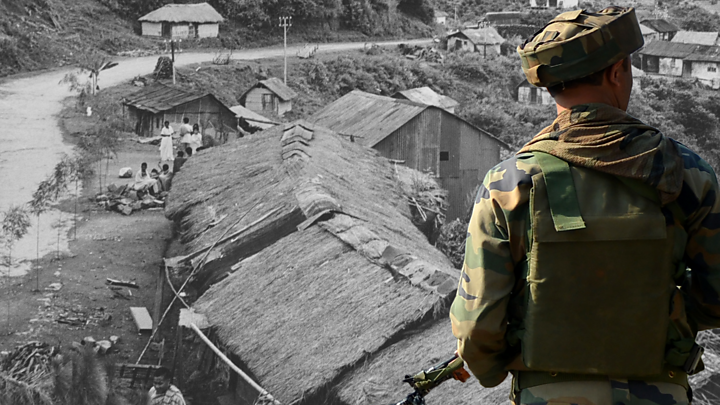 Media captionTwo wars, a 60-year dispute – a history of the Kashmir conflict

What did the leaders say?

Mr Modi criticised people at home who opposed the revocation of Article 370, accusing them of “playing politics”, and said Kashmir will play an “important role” in India’s development.

He said Article 370, the constitutional provision that granted it special status, had only encouraged corruption.

Mr Khan, meanwhile, used his speech to issue a warning: “Whatever was done during the curfew by India, we will tell the international community that you are responsible.”

“Whichever forum we get, I will be the ambassador and bring up Kashmir at every forum,” he said.

Many Kashmiris believe that Mr Modi’s Hindu nationalist government’s move is aimed at changing the demographics of the region by allowing other Indians to permanently settle there.

The government denies this and has consistently framed its move as one made to facilitate economic development and security.

Mr Modi said past governments had lacked the courage to take such a bold step because they were worried about their political future.

“I don’t care about my political future. For me, the country’s future comes first.”

What else is happening in Kashmir?

Kashmir has been in lockdown

for more than a week now, with mobile, landline and internet networks cut off and curfew-like restrictions that ban people from assembling in crowds. However, officials said on Wednesday that these restrictions had now been eased in the Hindu-majority Jammu region.

The BBC World Service, meanwhile, has stepped up its output on shortwave radio in Indian-administered Kashmir amid the communications shutdown. Broadcasts in English, Urdu, Hindi, Dari, and Pashto languages are available in the region, the BBC said.

The Line of Control – the de facto border which marks the division of the parts of Kashmir administered by India and Pakistan – was the site of at least eight deaths, Pakistani officials said.

Three soldiers died in Indian shelling across the Line of Control but return fire killed five on the Indian side, they said.

Indian officials did not confirm those deaths, and Indian news agency ANI said Indian army officials had denied the claim – labelling the exchange of fire as “ceasefire violations” by Pakistan.

Despite the security clampdown however, there have been protests against the revocation of Article 370, including one last Friday in Srinagar in the Muslim-majority Kashmir valley. It involved thousands of people coming out after midday prayers to demonstrate against the move.

Thousands gathered in London outside the Indian High Commission to protest against the scrapping of Kashmir’s special status on Thursday. 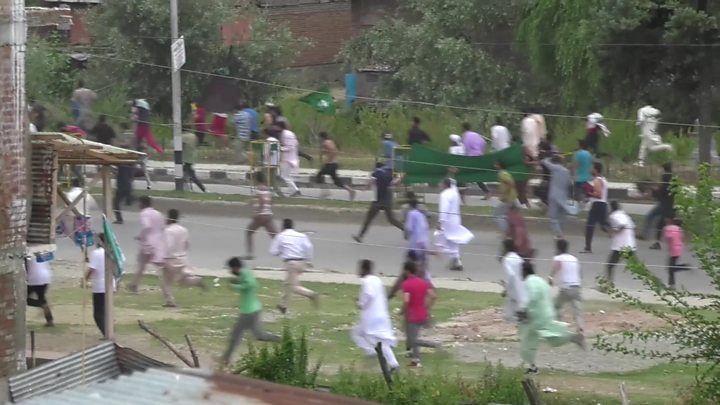 For the first time in the history of independent India, there will be a Chief of Defence Staff who will have authority over all three of India’s armed forces.

He also addressed the problem of single-use plastic items, urging people to reduce their usage, and referred to other issues such as water shortages, population control and healthcare.

Saving the flag: SEA to spend up to $17,459 to retrieve Old Glory from convention center flagpole