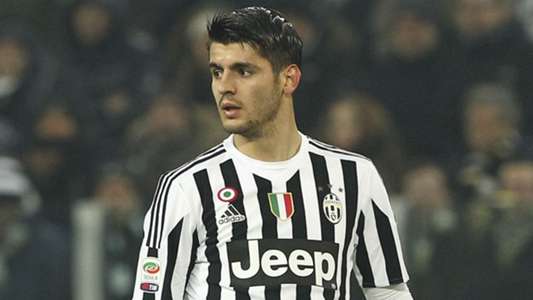 The Spain striker is back with Juve on an initial one-year loan deal from Atletico Madrid, with the Serie A club having an option to buy Morata for €45million or spend a further €10m to loan him for a second campaign.

Morata previously spent two years with Juventus between 2014 and 2016, scoring 27 goals in 93 appearances before returning to Real Madrid and helping them to win the 2016-17 Champions League, when they beat the Bianconeri in the final.

Achieving European success with Juventus – who last won the Champions League in 1996 – is one of Morata’s main goals.

ine,” he told reporters at his presentation.

“Leaving Juventus was not up to me. I was happy in Madrid, but now it’s important for me to be here and I have kept in touch with everyone over the years.

“It was a great memory and now we have new challenges to face together.

“The Champions League is very important to Juventus. If we were to win it this year, I would be the happiest man in the world. We want to win it.”

Morata, now 27, conceded he has been affected by those who have doubted his ability in the past, with a big-money move to Chelsea in 2017 not panning out as expected.

However, he believes he has now matured and is able to handle the pressure of playing for one of Europe’s biggest clubs.

“I used to pay attention to the critics when I was younger. I know that I need to work hard and be clear about what I have to do,” Morata said.

“I’m happy to be back. I’ve come back to Turin as a person that’s grown in all senses. I’m in the right place at the right time: I know what I need to do, I have the necessary experience. Juve is the opportunity of a lifetime.”

Morata played alongside Cristiano Ronaldo with Los Blancos and revealed the Portuguese is excited about being his team-mate again.

“I know Cristiano rather well, he’s happy,” Morata added. “We spoke quite a lot, even before I returned.”