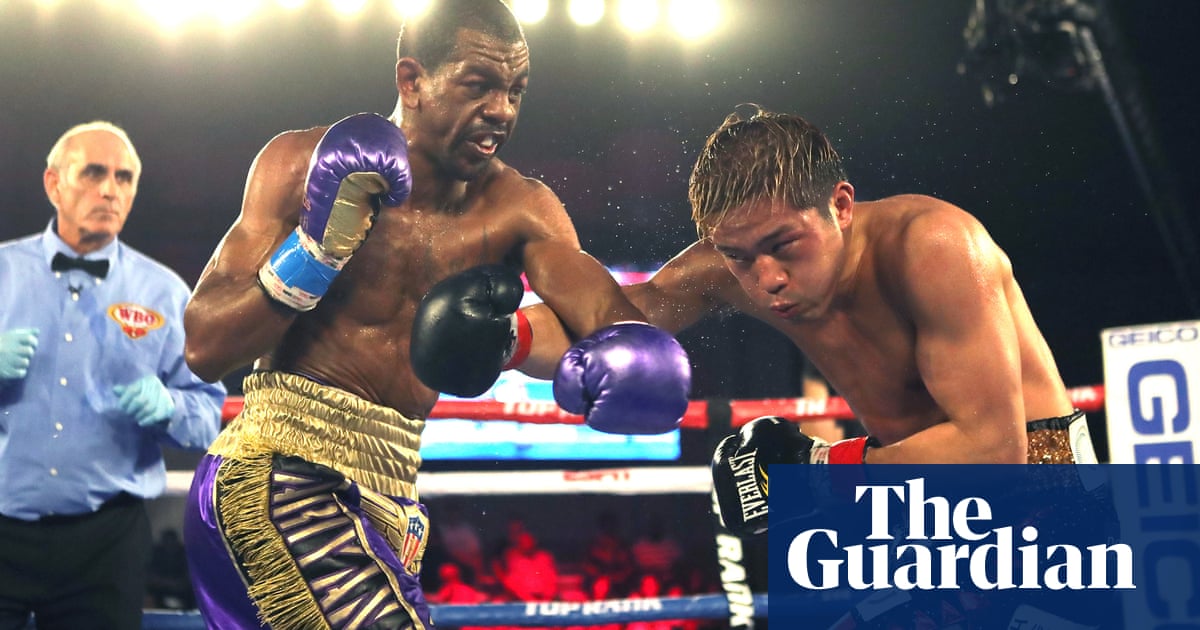 Jamel Herring, a former marine who took up professional boxing and won a world title, found himself on a film set earlier this month, throwing combinations for a scene in Steven Spielberg’s remake of West Side Story. Herring squeezed his feet into a pair of black leather boxing boots from the 1950s and put in such a pulsating performance that the director stopped filming and asked Herring about his career as a fighter.

“I saw a casting call for a boxer for the film, so I thought: ‘Why not, it might be a good experience and something a bit different,’” says Herring. “I ended up getting the part. We did the scene in a boxing gym, with the old boots, gloves and groin guards. I started throwing combinations as I normally would and they were amazed. Steven just lit up and then he found out I was a world champion. He was so nice. We had a really good chat – one of those things you don’t think will ever happen in your life.”

One wonders how the master storyteller would do justice to Herring’s life story. The tweet that Herring has pinned to the top of his feed sets up his narrative arc: “Went to war overseas, lost a child, suffered PTSD, clinical depression and a parent of autistic children. An opponent across the ring the least of my worries. Boxing is therapeutic.”

He is only 33, but Herring has already lived a full life. He grew up in New York as a hyperactive and mischievous boy, but found he could channel that energy positively into boxing. “Boxing didn’t happen until my mid-teens, my grades dropped and I couldn’t play on the school basketball team anymore, so this one friend of mine encouraged me to go to the gym and that’s where the journey started.”

Boxing helped Herring build self-confidence, which translated into better grades at school and a glowing amateur career, with his first defeat as an amateur coming to future middleweight champion and cancer survivor Daniel Jacobs. At 17, just shy of his 18th birthday, he decided to join the United States Marine Corps on the advice of a friend who felt he could make something of himself there. He arrived into the famed boot camp as a precocious boxing talent, but realised that he was suddenly in a world where amateur boxing baubles were irrelevant.

“I grew up very quickly when I joined. It was a reality check. I was kind of arrogant, a tough guy in my mind with this great amateur career. These drill sergeants didn’t care. Why would they? I learned quickly I had to respect everyone regardless of their background, colour, personality, whatever. Everyone in the marines was equal and that is something that stuck with me. Treat everyone with respect until they prove otherwise.”

Herring was a teenager when he completed his first tour of duty to Iraq. His job was to repair machinery and equipment in the middle of combat. “I wanted to go, so I got a job as a field electrician, right in the thick of it. I was 19 years old and, man, you grow up fast. I learned to appreciate life and just live in the moment; tomorrow was never guaranteed. To this day, I appreciate the little things: grass, sun, having clean water, whatever. I appreciate it after Iraq.”

At 21, he returned to Iraq, this time in security detail in the field with a machine gun. His life had changed significantly since his first tour. He had developed his boxing skills by competing all over the world for the marines and his partner

was also expecting their first child.

With greater responsibility, came greater fear. “The second time I went, I just had so much more to lose with a baby on the way. I had a little person back home who I was responsible for and it puts a completely different spin on going to Iraq. In a situation where you go to war, you have to find a way to become a family as those are the guys you have with you and rely on. Most people who serve in the marines or military say: ‘I don’t miss the chaos of it.’ How could you? But you do miss the men and women you serve with – the family that is created through the marines.”

Herring suffered significant trauma while at war, seeing friends wounded and worse. In 2009, he also lost his baby daughter Ariyanah through sudden infant death syndrome. Today, he wears her name on his boxing shorts as a reminder that he has to give everything in his career and make her proud of him, both inside and outside of the ropes.

“When my daughter died so tragically, my marines were there me. In life you can get to the stage where you are ready to give up but, for me, I just look at her name on my trunks and it reminds me to be better – not only in the ring but outside. I ask myself all the time: ‘What would she think of me?’ I constantly have a guilty conscience and want to make her proud of me.”

Herring kept progressing as a boxer in the military, winning the USA national amateur title and captaining the US boxing team at the Olympics in 2012. His experience in London convinced him to leave the military and turn professional at the age of 27. “I felt I had accomplished everything I wanted to. You get one chance in life and I knew I had to give it everything as a professional otherwise I’d die wondering. Boxing has always been a place of great escape for me. I just can close off the world when I go training.”

Throughout his professional career, Herring has been supported by his old colleagues in the marines, who attend his fights in full uniform. He fulfilled his lifelong dream of winning a world title earlier this year when he beat Masayuki Ito in Florida to secure the WBO super featherweight belt. “To win that title was the greatest feeling,” says Herring. “That will be hard to replicate.”

His first title defence will be in November against Lamont Roach on Veterans Day and he is excited about a potential fight against Carl Frampton next St. Patrick’s Day. “I always want to compete against the best and he was one of the only boxers to actually seek me out, which I took as a great sign of respect. We’re both people of a similar outlook, family men with great respect, so it would be an honour to fight him. Fights like that get me excited to be in there with someone who has accomplished what he has.”

Herring’s priority right now is preparing for Roach, so he is swapping Spielberg’s film set in New Jersey for an uncompromising training camp in Omaha, Nebraska. There are still more chapters to be written in his story he wants to make them memorable for his beloved late daughter, his family and his marine corp.