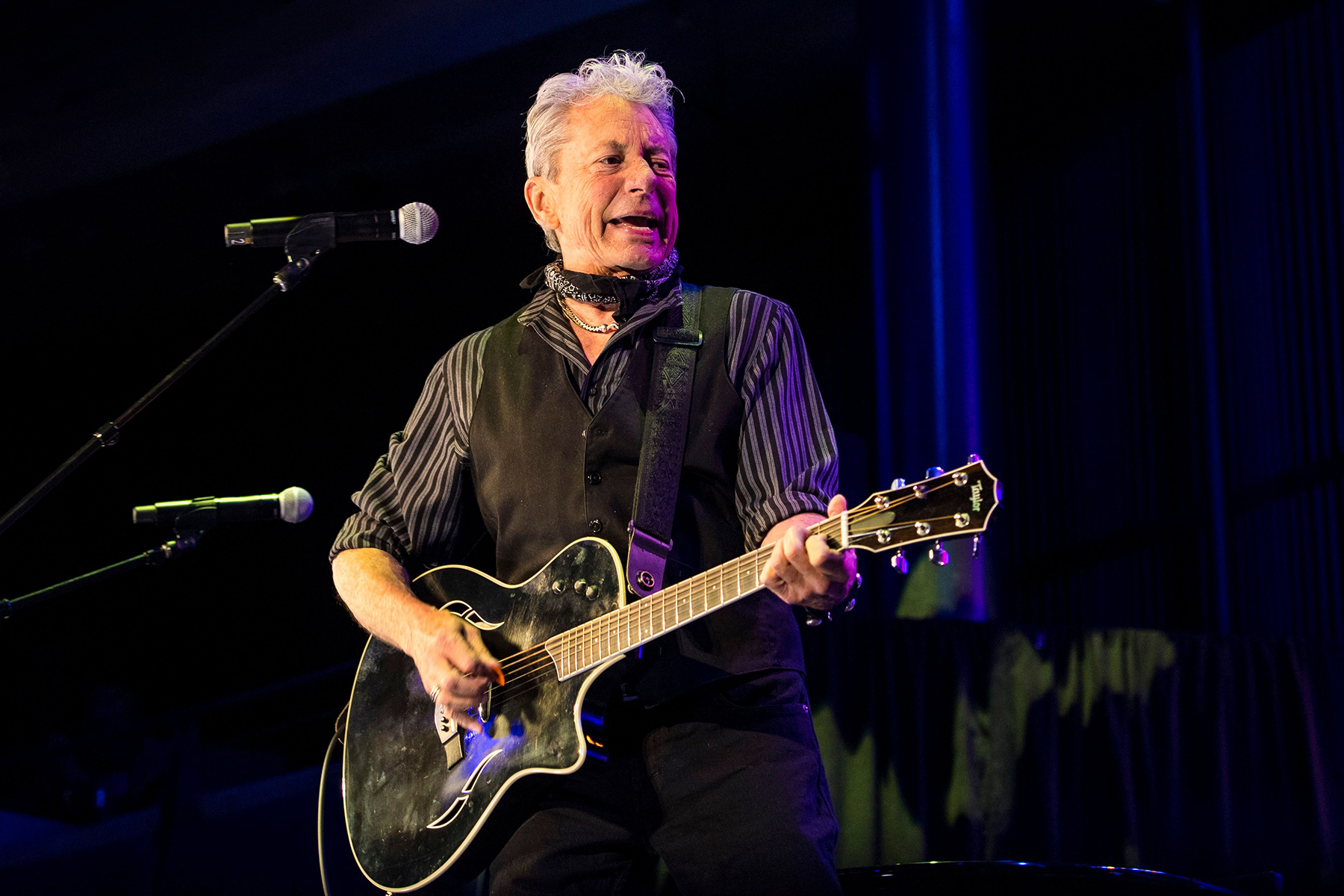 Joe Ely has seen some shit. As a solo artist, member of the Flatlanders, and even as an employee of the circus, the country-rock raconteur has spent a lifetime on the road. He was conscripted by Ringling Bros. in the early Seventies, showed the Clash around his native Texas in 1979, and jammed with Bruce Springsteen in a Dublin stadium in 1993 during the height of Northern Ireland violence. But Ely can hardly believe the tumult he’s witnessing now in the U.S., as the tectonic plates of social change and an unrelenting health crisis shift and collide.

“Everything’s just bumping up against each other,” Ely says. “Growing up in the Sixties, I was around when the Watts riots were going on. I was on Venice Beach. I saw Muhammad Ali do an anti-war speech in a park. It’s kind of like the Sixties are rolling back like a steamroller. Only this time there’s a pandemic to deal with.”

As hopeful hippies did during that era, the 73-year-old songwriter sees salvation through the promise of love. “It’s always been the thing that has saved the world in times of great stress, wars and unrest,” he says.

Ely dives deep into that idea on his latest album, Love in the Midst of Mayhem, a collection of new songs and previously unfinished sketches that he recorded and released earlier this spring, just as quarantine and a divided nation began to rob him of his sense of purpose.

“I remember waking up when everything just kind of suddenly stopped. One morning, it went from normal to grinding to a halt, and I think that’s the weirdest feeling I’ve ever had,” he says. “The only way I can get out of this empty feeling is to actually fill it up with a song.”

Ely began poring over old notebooks and discovered song fragments he wrote at various stages of his life. Some were mostly complete; others required new lyrics. Normally, Ely writes lyrics first, with the music to follow. This time, he found inspiration in the words he had penned long ago and built fresh melodies around them.

“I just kind of took ideas instead of exact melodies and started fleshing them out. It was a whole different way of working,” he says. “Changing the way that I work helped me to find some kind of solace, to continue on.”

Ely emerged reinvigorated. With help from his wife, he pieced together a track list for Love in the Midst of Mayhem, opening with “Soon All Your Sorrows Be Gone” and Joel Guzman’s border-town accordion. Its Tex-Mex vibe summons Ely’s collaborations with Los Super Seven, the Tejano supergroup of Flaco Jiménez, Los Lobos, and the late Freddy Fender and Doug Sahm. Cutting the song made Ely wistful for those all-star sessions.

“I would like to get together with those Super Seven guys again, but some are no longer around,” he says. “It’s very hard to get together now anyway to record because nobody wants to get out there and expose themselves to death and

“All You Are Love” also revisits Ely’s supergroup days, this time with the Flatlanders. Originally cut by the trio of Ely, Jimmie Dale Gilmore and Butch Hancock in 2002 for their Now Again reunion LP, it underscores the “love” theme of the new album as well as its message of reassurance. Ely drives home the latter in “You Can Rely on Me,” the emotional heart of Love in the Midst of Mayhem. “Whenever you need me,” he sings in a lilting tenor, “I’ll always be there.”

Ely scribbled down a framework to “You Can Rely on Me” while on tour in Canada — he doesn’t remember when exactly, just that he was seeking refuge from a cold day in a subterranean coffee shop. “On the road you’re always moving and can’t always find a quiet place,” he says. “I remember there was snow, deep snow, all around the entrance to wherever I was, this coffee shop underground. I came in and had a cup of coffee and put down just maybe one verse of that. When I got home a couple of weeks later, I filled it in.”

If “You Can Rely on Me” offers calm and tranquility, “Glare of Glory,” the album’s final track, is its antithesis. A reflection on a volatile life spent under stage lights, it devolves into a cacophonous flurry of carnival sounds, a sonic allusion to Ely’s stint with the circus. “This is a carnival!” he shouts, the song spinning out of control behind him.

“I was always attracted to circuses and carnivals. There’s really something kind of vibrant about them. But deep down, they’re really kind of sad. I remember working on a carnival in Lubbock and it had a lot of bright lights and everything, but the workers that were traveling with the carnival all had this tragic look on their face,” he says. “Here’s some little ducks with numbers painted on them, going in a circle, and the guy that’s tending that show is looking out in the distance like he’s lost somebody sometime ago. There’s always this undercurrent.”

Perhaps that’s the mayhem then in Ely’s title, the ever-present, agitated feeling that something has been lost. To the carnival worker, it may be a companion or a failed dream. To a nation torn, it may be its character or its very soul.

Ely doesn’t know. But he’s anxious to see how it plays out.

“I’m real interested in this era that we’re in now. What is going to happen? What can be a logical closure? There’s really nothing you can do but just wait,” he says. “And then maybe while you’re waiting, fill up that emptiness with something that gets you through it.”

IWD: Mel Marshall On Some Dark Days, Beijing Agony & Her Message To Peaty After Rio Glory