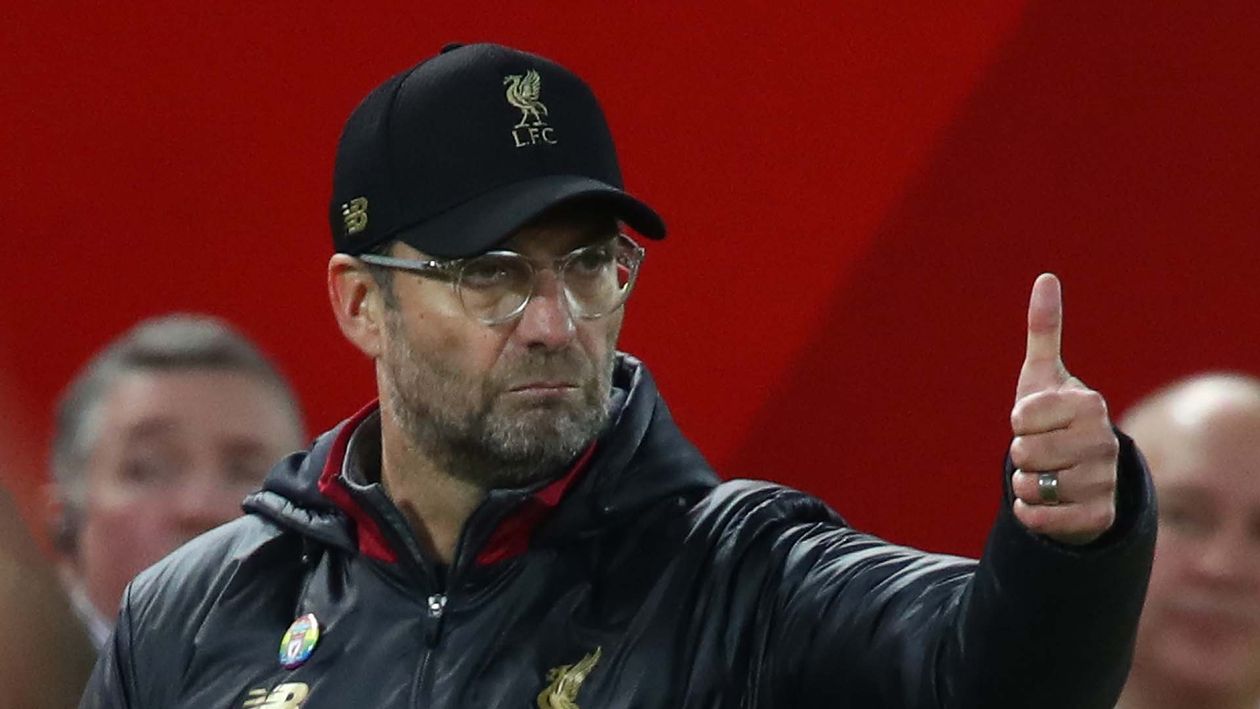 Chris Williams gives us the inside story on Jurgen Klopp’s management journey from Mainz to Merseyside, and just what makes the former Dortmund boss tick.

“Those who only give me 99 percent in training will have huge problems. The team will have to work and push like it never has before.”

A snapshot of Jurgen Klopp, but not from when he arrived at Liverpool. Not after he had broken the dominance of Bayern Munich in the Bundesliga, not before the Champions League finals of 2013, 2018 or even 2019 – but on his first day at Borussia Dortmund.

Those who expected the journey in Dortmund to be a ride like the season before were about to be given the rudest awakening after the departure of Thomas Doll.

“It doesn’t make it any easier to run your heart out when you’ve just woken up in a five-star hotel. Too much comfort makes you comfortable.” With quotes like these you begin to see what spins the thoughts of 52-year-old Klopp.

As a head coach and manager, he is lauded as one of the world’s best – but as a player, he certainly wasn’t in that bracket, by his own admission.

“I went to a trial at Eintracht Frankfurt and looked around. ‘Oh, they’re good’. I saw Andy Moller. Same age as me at the time, 19-years-old. I thought, ‘if that’s football, I’m playing a completely different game’. He was world-class. I was… not even class.” he told Raphael Honigstein in 2015.

A modest assessment and one perhaps knows that Klopp the player could not play under Klopp the manager, but despite downplaying his own abilities, the striker come defender still sits as FSV Mainz 05’s third record goalscorer of all time, retiring on 56 goals across 340 matches.

It was at Mainz (more famous for its picturesque buildings and Rhine riverside location than it is for its football team) that captain turned into coach, overnight.

All journeys start with tales of chance and this is no different, with no experience Klopp went from a player in a relegation-threatened side to overseeing promotion to the Bundesliga, in three seasons.

His first thought was that he believed his players could avoid relegation, his first action was to make them buy into his feelings—the Klopp way was born.

Match one at Mainz in the dugout ended in victory, a well earned 1-0 win over pre-match favorites MSV Duisburg, and it wasn’t to end there.

Picking up 24 points from the remaining 36 on offer, the Stuttgart born coach had taken his side from automatic relegation to survival, with the comfort of a three-point cushion.

At Mainz, he not only tasted the champagne of promotion, but also the tears of narrowly missing out, twice.

Jurgen Klopp celebrates during his time at Mainz

Christian Heidel, the Mainz sporting director who entrusted the club into the coaching hands of Klopp, spoke before the 2019 Champions League Final on just how he transformed the city from one who cared little for football to one who began to dream of the big time.

“Jurgen electrified a whole city, he blew away the depression with his speeches,” Heidel said, something Liverpool supporters would experience through Klopp’s first words at the club:

“We have to change from doubters to believers. Now.”

With seven years as Mainz coach, and a further 11 as a player, the now-Liverpool boss is fondly remembered in the city.

Jurgen Klopp celebrates in with the Mainz fans

Amassed in the bars and pubs prior to the club’s fixture against Paderborn, the locals recalled their memories of him to the Sporting Life:

“Kloppo, he knows football, we could see that here from day one” an enthusiastic supporter explains, “Germany has a lot to thank us for, a derailing of Bayern started here” another pipes in.

It was this derailing of Bayern – albeit temporary, that catapulted Klopp from rising star to one of the most hotly chased coaches in world football.

After finishing 13th under Doll – surrounded by names such as Energie Cottbus and VfL Bochum – a top-six finish awaited the new Dortmund head coach, narrowly missing out on qualification for the newly named UEFA Europa League by two points.

The first season had shown the achievements at Mainz were by no means down to luck, and Klopp instilled that desire to leave it all on the pitch from the moment he arrived.

Faced with a squad one shy of 40, the newly appointed boss said: “I don’t want a 30-man roster. Everyone must know he will have to give 100 percent performance to be here.”

It was twice within

his opening hours that Klopp had mentioned all or nothing, 17 players departed over the 2008/09 season, swiftly followed by another seven the season after, and by his third season, Dortmund had said goodbye to 38 players.

This clear-out heralded the Schwarzgelben’s first Bundesliga title for nine seasons, the emergence of youth prospect Mario Gotze was supplemented by the addition of Robert Lewandowski.

The Polish forward netted 74 Bundesliga goals while under the stewardship of Klopp, winning back-to-back Meisterschale over the 2010/11 and 2011/12 seasons.

It was the breaking of a Bayern dominance that had scooped up seven of the 10 titles available after the turn of the century.

“I think what I learned from him is the belief I could play at the highest level, he had this influence and it helped me take the next step.

“He made me realise that I had more potential than even I had imagined. He could see something in me that I couldn’t see.” Lewandowski reminisced in the May of 2019.

Time and time again, club directors, players and fans all mentioned a belief that Klopp had stirred in them, it was something that could not only be believed in, but also acted upon, and then translated into success.

‘The Normal One’ arrives at Anfield

By the October of 2015, belief was something that was severely lacking at Liverpool. Pipped to the title by two points in the May of 2014, the following season saw the Reds crash out of the Champions League at the group stage and finish sixth in the Premier League 12 months later.

Star players had left, others wanted out. Brendan Rodgers had taken the Merseyside club to his glass ceiling, something different was needed.

When the Reds’ owners heard that Klopp was ready to return to work after leaving Dortmund, they acted fast. Rodgers was shown the door 24 hours after press reports in Serbia announced Klopp (and his then assistant, Zeljko Buvac) were Merseyside bound.

“I felt a real positive energy when he walked through the door and I will always remember him saying he wants to turn doubters into believers – players, fans and everyone at the club.

“He just had a real aura about him, and that transected into the players and performances.” the words of Jordan Henderson, Klopp’s Liverpool captain, when asked what changes the German brought in on arrival.

Of course, Klopp is much more than a man-motivator. His heavy metal football blew sides away across Europe once he stamped his mark on Liverpool. Once again a mass exodus of players not suitable was arranged.

Only those fully able to handle the ‘Gegenpressing’ style would survive, or as Klopp himself put it, he only wanted players who would “push the train, not jump on the running train”.

There have been times at Liverpool when detractors had Klopp down as a bridesmaid in England. A 2016 Europa League triumph slipped out of Liverpool’s grasp, as did the 2018 UEFA Champions League Final as well as the 2018/19 Premier League crown.

But in Madrid, 12 months after the heartbreak of Kyiv, Liverpool used the pain of defeat to power them to a sixth European Cup.

Rather than dwell on defeat to Real Madrid, Klopp was spotted at 6am the day after, singing with friends on a video that went viral:

“We saw the European Cup, Madrid had all the f***ing luck, we swear we’ll keep on being cool, we’ll bring it back to Liverpool!”

At this moment, fans saw the aura that the likes of Heidel, Lewandowski and Henderson all mentioned within their first words, when asked to recount their experiences of Klopp.

Everyone who witnessed the demolition of Barcelona at Anfield saw how the words of a drunken morning song could be translated into a pre-match team talk, resulting in a victory that will live long in Champions League history.

As Liverpool stand on the brink of their first title in 30 years, a whole generation has passed since a club who were once synonymous with success can finally think of it as a returning norm, and one man has spearheaded it through belief – in himself, his players and supporters.

The ‘unbelievable’ story continues for Joe Burrow, presumptive No. 1 pick in the NFL draft | LSU