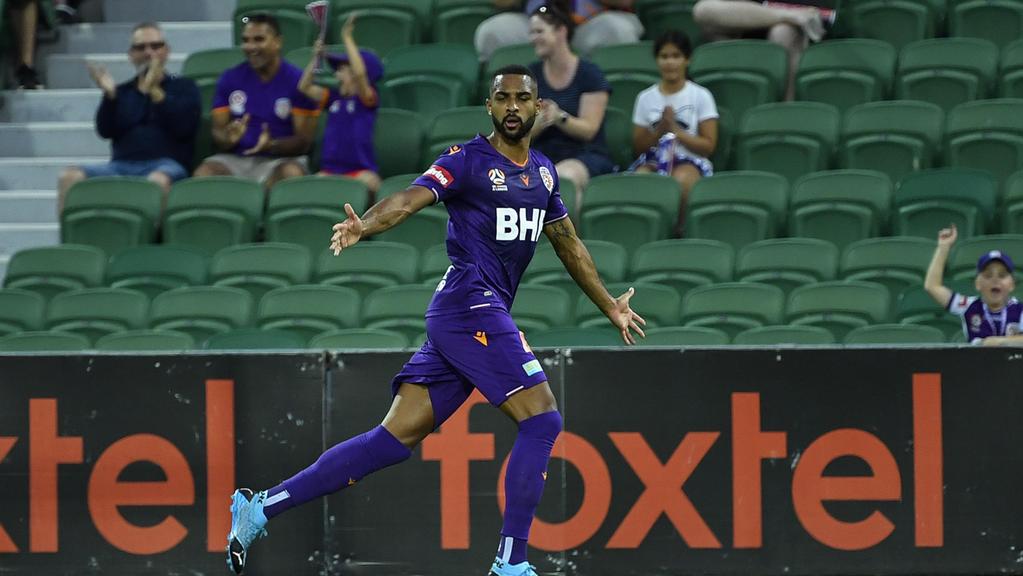 He was involved in a collision with the Mariners’ Milan Duric and also found himself on the wrong end of a yellow card.

The club said early scans were positive and yesterday declared him in contention for Saturday night’s game at HBF Park.

Swiss international Wuthrich joined Glory on a one-year deal this season from Young Boys where he was in the squad that won the 2017-18 Swiss Super League title. He also represented Switzerland from under-15 to under-21 levels.

He has scored once this year and his height is crucial to Glory’s set pieces.

Wuthrich will have to complete this week’s training but his likely return is good news for Glory who have already lost veteran full-back Dino Djulbic to a long-term ankle injury.

Glory have also been forced to keep defender Osama Malik sidelined for the past seven games with a hamstring injury.

He has been training with the full squad for the past couple of weeks but his recovery has been slower than expected.

Glory are looking at a possible replacement for Djulbic in the January transfer window.

Glory football director Jacob Burns said: “Dino’s a bit longer term and we’re still working through that. It goes without saying with Dino that defensively we could look in that area.”

Glory have risen from bottom of the ladder to third on the back of four consecutive wins, during which they have scored 14 goals and kept clean sheets against Melbourne City, Western Sydney Wanderers and the Mariners.

They are four points behind second-placed Melbourne City.