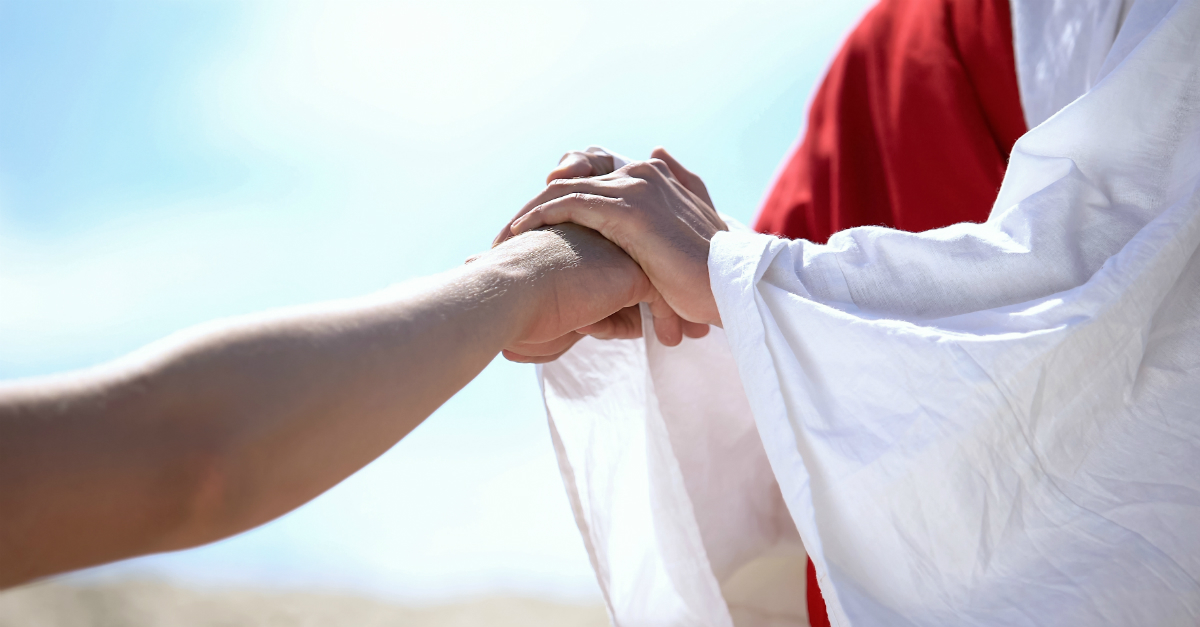 Jesus is concerned to give assurance to those of us who would read the Gospel of John in the 21st century.

For example, he prays for us in John 17:20, “I do not ask for these only, but also for those who will believe in me through their word.” In other words, Jesus foresaw that after his departure everyone who would become a Christian would do so not by seeing his physical body but through “the word” of the eyewitnesses. This is possible because an eyewitness like John wrote the Gospel of John.

Another example is the way Jesus responded to Thomas who needed to see Jesus’ wounds in order to believe he was really raised from the dead. Jesus had us in mind when he said to Thomas, “Have you believed because you have seen me? Blessed are those who have not seen and yet have believed” (John 20:29).

The point of these two examples of Jesus’ concern for us is not that we don’t see anything. The point is that though we can’t see his physical person, the kind of seeing needed to believe is still possible. It happens through the words of the eyewitnesses.

Jesus’ point is that those who have not seen him physically are not at a disadvantage in seeing him the way we need to see him in order to believe in him and have eternal life. Many saw Jesus physically and did not believe. Some saw the amazing miracles and wanted to kill him because of them (John 11:47-48). They did not see the glory of God. They only saw a threat to their power and their way of life.

So it is with us who see Jesus now. Though we do not see him physically, nevertheless we see him through the witness that John bore to Jesus. The Gospel of John (and the other Gospels) are portraits where we look and see Jesus. So we can have the same mixed reaction that the people did in Jesus’ day. Of some it was said, “seeing they do not see” (Matthew 13:13). So some of us see the portrait of Jesus in the gospel and do not see the compelling, divine glory of the Son of God full of grace and truth. Others do.

The Apostle Paul knew that he was sent

to open the eyes of people who could not see Jesus physically, but who could see him spiritually and be saved. Jesus said to him, “I am sending you to open their eyes, so that they may turn from darkness to light and from the power of Satan to God, that they may receive forgiveness of sins” (Acts 26:17-18).

How do we see Jesus as compellingly, self-authenticatingly, beautifully, divinely glorious and true? We read or hear the story of his incarnation and life and death and resurrection and what it means. In that hearing, we watch him speak and act. We consider the purpose and plan of God in this story.

As we listen and watch, the mighty grace of God opens the eyes of our heart. That is what the connection between John 1:14 and 1:16 says: “We have seen his glory, glory as of the only Son from the Father, full of grace and truth. . . . [For] from his fullness we have all received, grace upon grace.” Grace opened our eyes to see.

Another way to say it is that we see and know the truth and glory of Jesus because of the work of the Holy Spirit. “By this we know that he abides in us, by the Spirit whom he has given us” (1 John 3:24). “By this you know the Spirit of God: every spirit that confesses that Jesus Christ has come in the flesh is from God” (1 John 4:2). In other words, the Holy Spirit opens our eyes to see that this person we are hearing and watching in the story of the gospel is “from God.”

When this happens we say, “Jesus [that is, the incarnate one that we are seeing in the gospel story] is Lord!” And then Paul adds, “No one can say ‘Jesus is Lord’ except in the Holy Spirit” (1 Corinthians 12:3). This means that our seeing that Jesus is Lord is the work of the Holy Spirit, and our seeing it is the witness of the Spirit in our lives.

I am praying that God would move among us in power during our sojourn in the Gospel of John. O that he might open our eyes more and more to the fullness of his glory. May the Lord remove all blindness. May the Lord grant that we would see him and be changed into his image from glory to glory (2 Corinthians 3:18).

Editor’s Note: This article was written in the context of a sermon series on the Gospel of John at Bethlehem Baptist Church in Minneapolis, MN where John Piper serves as Pastor of Preaching.

A History of the Venetian Republic: Rise to Glory