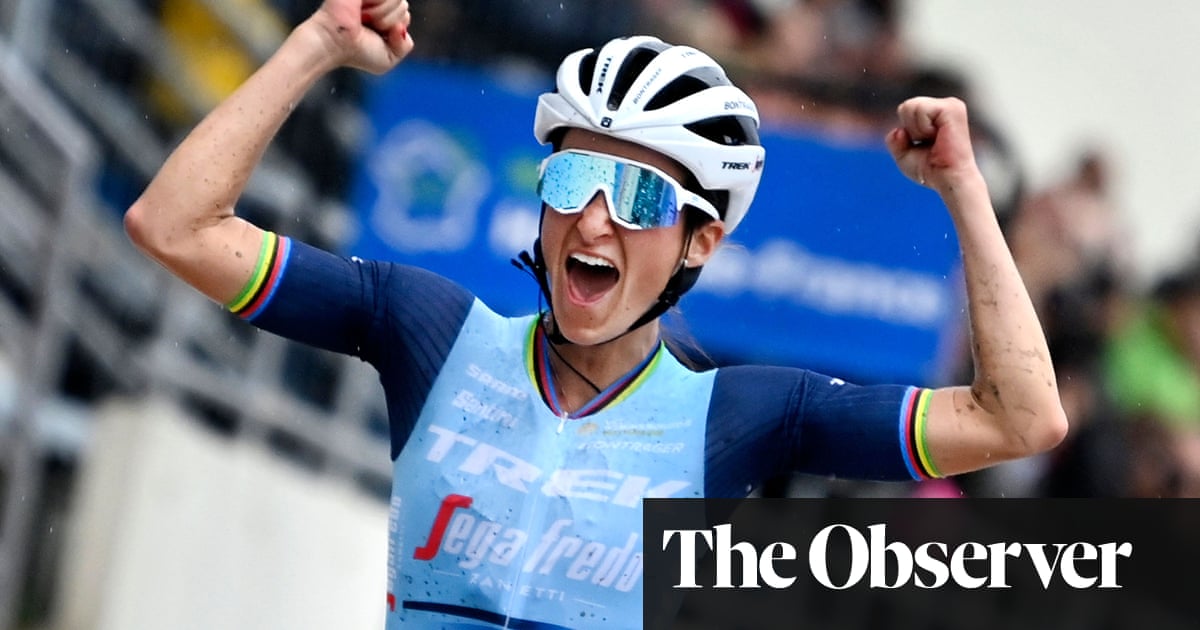 Lizzie Deignan proved to be the class of the field in the first Paris-Roubaix Femmes as she held off Marianne Vos to take victory at the Vélodrome André-Pétrieux after a gruelling 116km of racing across the famous cobbles.

Elite female riders have had to wait a long time for a crack at the pavé and faced a unique challenge as the devil had left the tap on in a delayed “Hell of the North”.

“I just feel so incredibly proud. Women’s cycling is at a turning point and today is part of history and I’m proud to be part of a team that makes history,” Deignan told Eurosport.

How do I sign up for sport breaking news alerts?

“Every fan watching is also making history. It proves there is an appetite for women’s cycling and the athletes here can do one of the hardest races in the world. I’m so proud I can say I’m the first winner.”

She said she was not the designated lead rider for Trek–Segafredo, who also had the Italian Elisa Longo Borghini finish third. “That really wasn’t the plan,” Deignan said.

“I needed to be at the front for the first cobble section to protect my leaders as I was kind of the third rider. I looked behind me after

the first cobbles and there was a gap. I thought at least if I’m at the front they have to chase me, so I just kept going.” 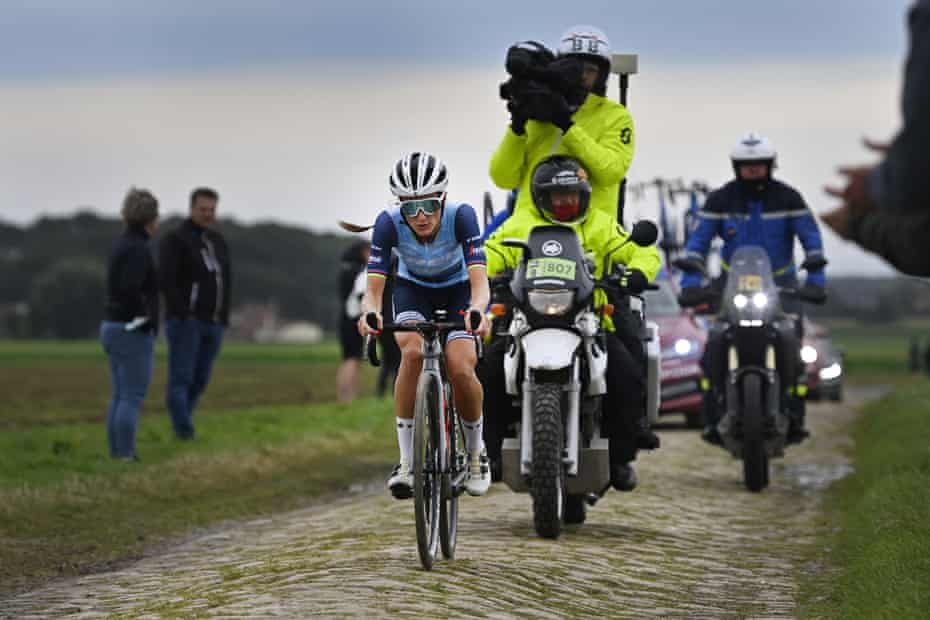 Lizzie Deignan making light work of the cobbles on the way to Roubaix. Photograph: Rex/Shutterstock

Deignan broke away with around 79km to go, on the first cobbled sector, Hornaing à Wandignies, and quickly established a two-minute lead.

With the rain starting to fall, the cobbles became even more treacherous. The traditional dust that usually coats the men as they plough through northern France was not a factor; instead the women had to negate a patchwork of muddy puddles scattered across the pavé.

There were several crashes as the peloton tried to chase down Deignan. Ellen van Dijk, who likely came into the race as Trek–Segafredo’s lead rider, hit the deck twice and the new world champion, Elisa Balsamo, also fell. 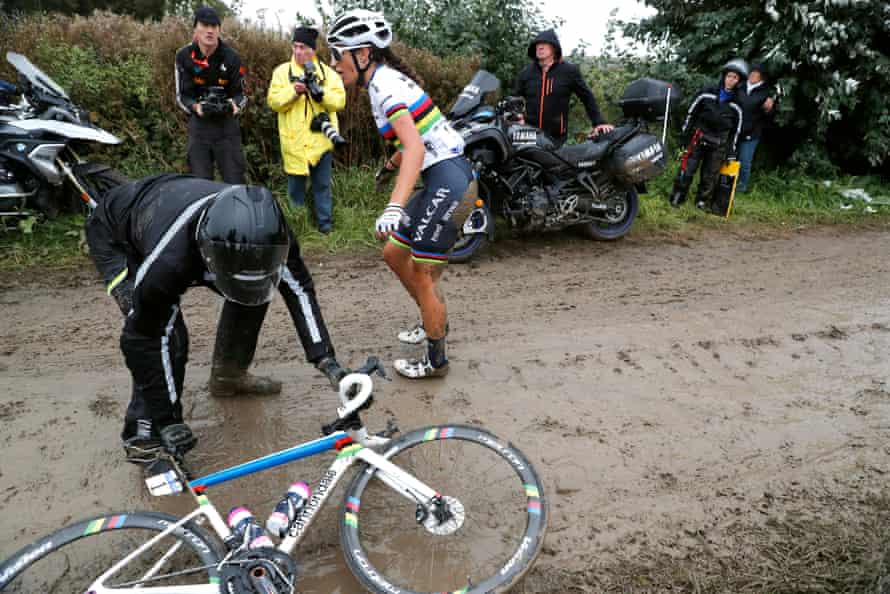 Elisa Balsamo picks herself up after going down. Photograph: Bas Czerwinski/Getty Images

Despite Deignan’s lead topping two and half minutes at one stage, she had to draw on all of her bike-handling skills to plot a path through the cobbles. The likes of Chantal van den Broek-Blaak, Emma Norsgaard and Vos in the chasing group behind struggled to get a cohesive effort going, until Vos broke away in pursuit.

She tried to chase down Deignan, but after initially wiping out almost a minute, the Briton was able to hold off her great rival.