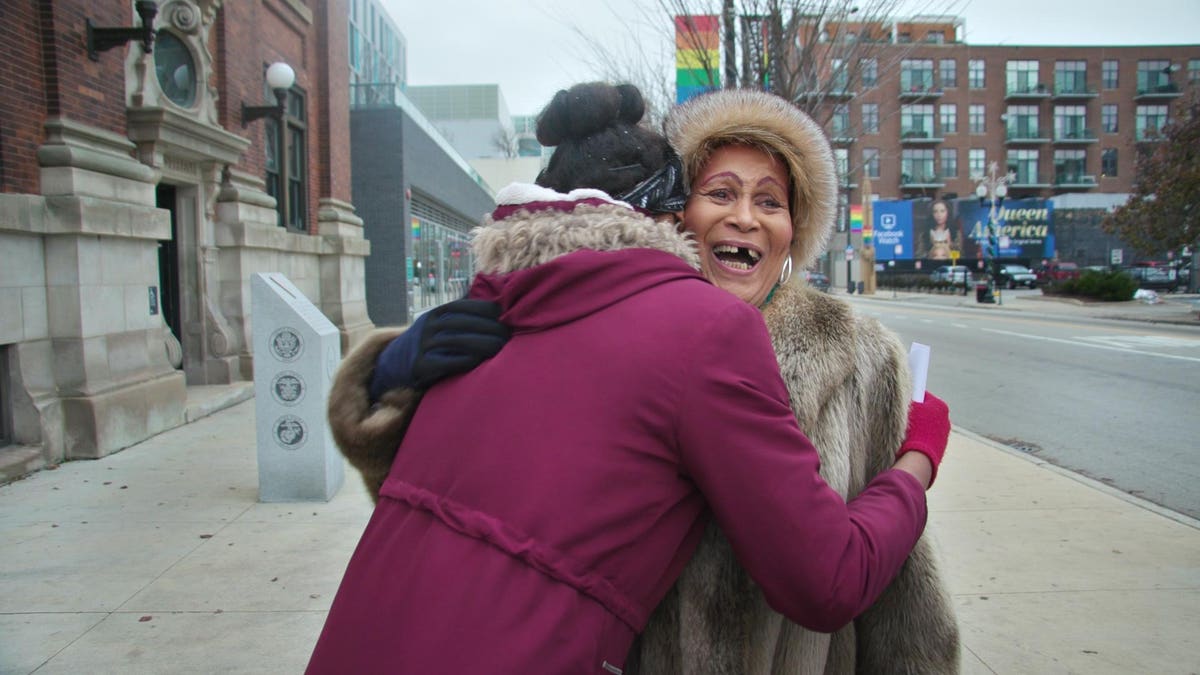 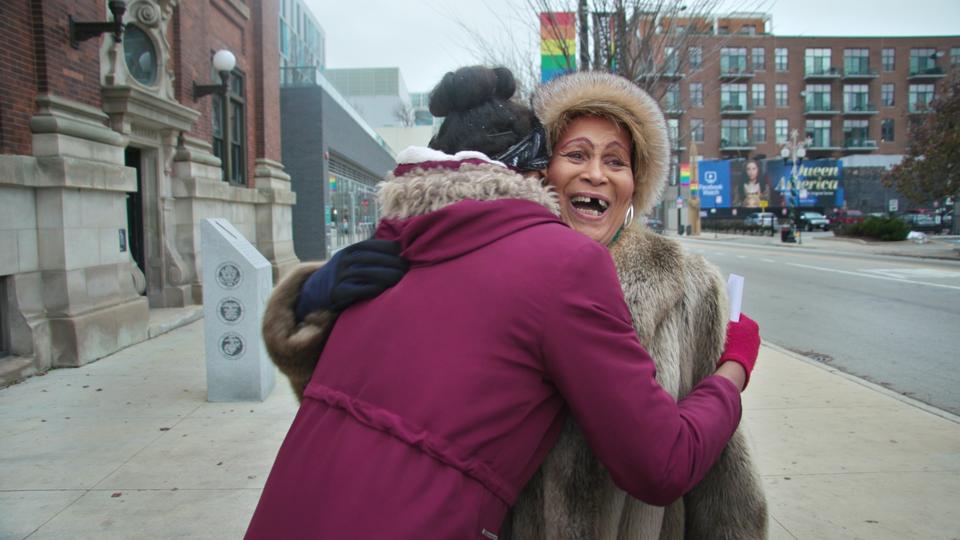 In a still from the documentary, Gloria Allen hugs a young transgender woman in the LGBTQ … [+] neighborhood of Chicago.

“The only time I entered a closet was to get me an outfit and a pair of pumps.”

So begins Mama Gloria, an acclaimed documentary that tells the story of transgender activist and icon, Gloria Allen.

Now in her 70s, Allen took Chicago’s LGBTQ community by storm when in the 2010’s, she opened a charm school for homeless transgender youth. This school was not only a success, but it also became the inspiration for a hit play, Charm, that would go on to dazzle audiences across the country.

Allen was blazing trails long before the charm school, though. As the opening of the film suggests, she has been unapologetically out for a long time. She came of age in the height of Chicago’s South Side drag ball scene. The film is a fascinating chronicle of her life, from the beautiful relationships she has with her family and friends to the violence she was forced to overcome to get where she is today.

Mama Gloria was released in October, but in honor of what is currently Transgender Awareness Week, Black Public Media and Little Light Productions have been holding nationwide screenings.

“I really do want everyone in the world to meet Gloria,” said the film’s director, writer, and producer, Luchina Fisher. “I think she’s that kind of person, that when you see her story, you are immediately captured by it.”

Allen, herself, said she is so excited that the film is being seen across the country. “I want the world to know that transgender people like myself, we are alive and we are caring, and we should be treated as human beings just like anyone else,” she said.

One of the most moving aspects of the film is the support Allen received from her family, and especially her mother, when she came out as transgender.

“My mother was such a special, phenomenal woman,” said Allen. “She always told me I was a special person and that she loved me so much, and she did. I remember so many wonderful things as a kid that my mother provided for me. We had such an amazing closeness.” 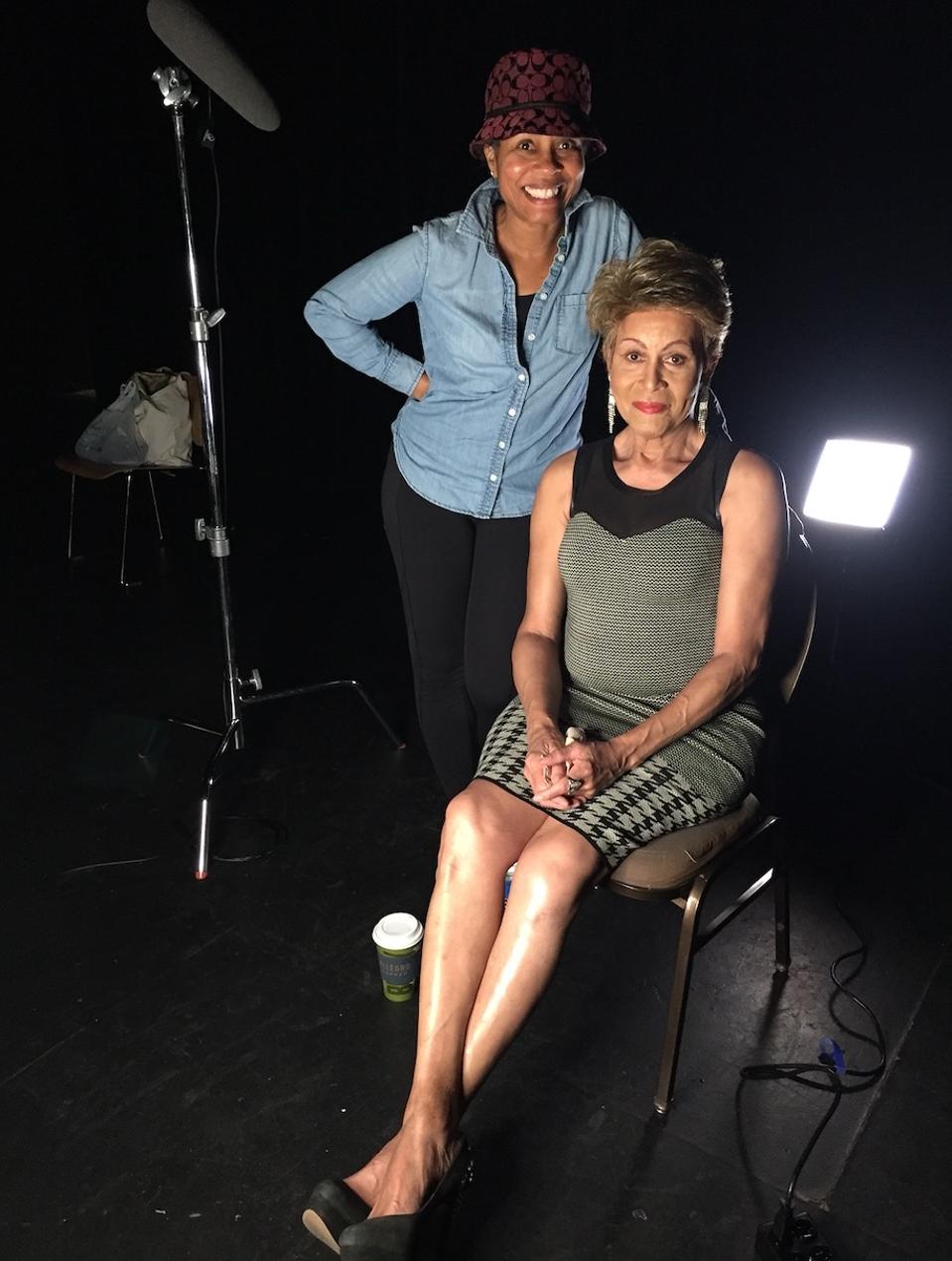 While she doesn’t have any kids of her own, Allen said the work she has done with LGBTQ youth has allowed her to channel the love of her mother into those that need it most.

Fisher, who herself is the mother to a transgender daughter, believes Allen’s story highlights how vital it is for people to embrace their LGBTQ family members.

“That support really can carry them through life…I really do think Gloria’s story is so special because she did have a mother and grandmother who supported her back in the 40s and 50s, and she has a wonderful family today.”

“I think it’s so important to have a different narrative than the one we so often see in the media, of violence and conflict and strife and discrimination. All of those things are real and they do exist, but that’s not the totality of the Black trans experience.”

It is scary, she said, that most of the stories her daughter sees about the transgender community revolve around violence.

“I really made the film that I wanted her to see, to be able to envision a long life like Gloria’s.”

“We need to have stories of joy,” she declared, “real joy and hope and resilience…The community deserves that.”

Meanwhile, Allen continues to spread more of that joy.

“I don’t have a charm school today,” she said, “But I still give out that special love when I can to whoever needs it. When I see homeless trans people or gay people I try to go up to say a kind word to them, and I’ll fix them a meal…or even go shopping and buy stuff and give it to them. Because that’s what God put me here for, and I’m doing that, because I believe in love.”

Tonight, at 7 p.m. EST, the Human Rights Campaign is hosting a free screening of Mama Gloria, along with a panel discussion. Sign up here to watch and attend.

For more opportunities to see the film, visit the film’s website.

What Is God’s Glory? | Desiring God