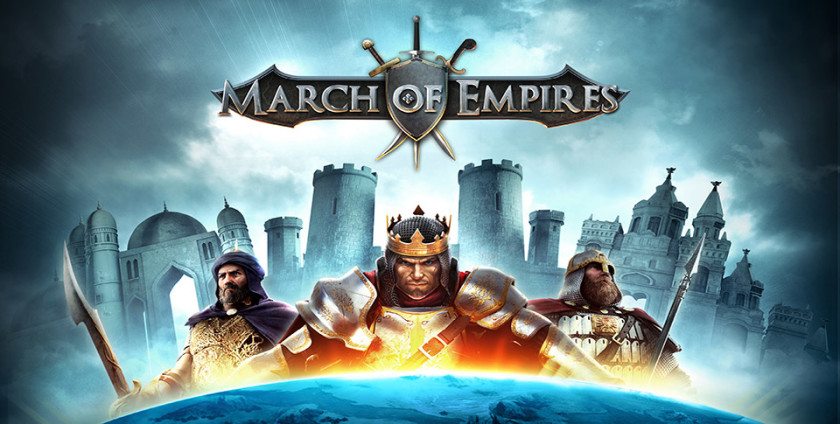 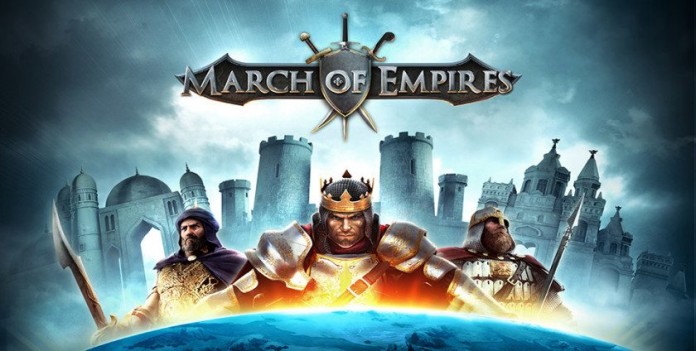 Gameloft have launched their own version of Game of War and it’s surprisingly good, even though they didn’t focus too much on bringing innovations to the table. However, it’s a solid strategy game that gives you a potential head start, if you start playing it right now as it has just launched, so you can become one of the top players quickly. So let’s help you get there with some March of Empires cheats and tips for beginners to build up their kingdom and rule the worlds.

From selecting the right civilization for you to building and attacking, there is a lot to do in the game (and then some more), so let’s not waste a second and let’s check out below Touch, Tap, Play’s March of Empires tips and tricks!

1. Start building everything you can and use the free speed-ups that come with the low level buildings. You can and should get everything in your kingdom to level 3 before timers get a bit lengthier. After upgrading your Castle to level 4, start building more homes, farms and other resource generating buildings and level them up too. You need a constant flow of resources to keep everything running smoothly.

2. Understand that you will have to do a bit of everything: you need solid attack power, you need good defenses, built up and maxed out buildings and you have to be active. There’s really no other way to play the game and focusing on a single element is not an option.

3. Join an alliance as soon as possible. Before taking part in raids and other more advanced alliance features, you have access to one extremely useful option: the ask for help button and make sure you use it every time you start working on something new (but help your allies too!).

4. What’s the best Empire in the game? We’ll have an article dedicated to this matter only, but I personally believe that the best one is the Sultan thanks to its extra squad size that gives you more power into battle by simply having extra numbers. The King is also a good option if you are very active thanks to the small boost it has for marches.

5. Complete quests, adventures and gather resources: there are a ton of things that you can and should do on a daily basis to maximize the resources that you have and the numbers you can produce.

Start by focusing on the quests – they will be with you for a long time and as soon as you start playing, you’ll complete them like crazy. Do adventures too and plan them so that you complete the longer ones when you are away and make sure you come back in time to collect the rewards. Finally, find the unoccupied resource sites on the map and send your troops there. This is especially useful early on when you don’t risk getting attacked. After that, make sure that you have a strong army at home too!

6. Don’t spend gold coins and don’t make any purchases early on: focus on building up your empire at first and play for at least a few days before you start spending coins. You need to have a solid understanding on the game to make sure that you don’t end up wasting resources!

7. Research like crazy – this takes a lot of time, so start by focusing on the military research in order to make it easier for you to get the most as soon as you can start attacking.

8. Train a lot of troops and get ready to start farming. You will surely have at least a few Empires around you that are no longer active and you can farm on. Attack them over and over again (and also send marches to resources) in order to get as many resources as possible. Forget about glory and winning difficult battles, destroying enemies: it’s resources that matter and farming is the way to go!

9. Decide a route for your Hero – there are three categories in which you can improve the talents of your hero (Warfare, Income, Progress) and each has a very large skill tree. This means that you won’t be able to unlock and max out all the skills (at least not anytime soon), so check out all the skill trees and decide which will be your main focus. Warfare seems like the obvious choice, I’d say, because in the end it will all be about warring and having the better bonuses will help you get more victories.

These are for now our tips and tricks for beginner March of Empires players. If you have other tips to share or more advanced strategies, let us know by commenting below!