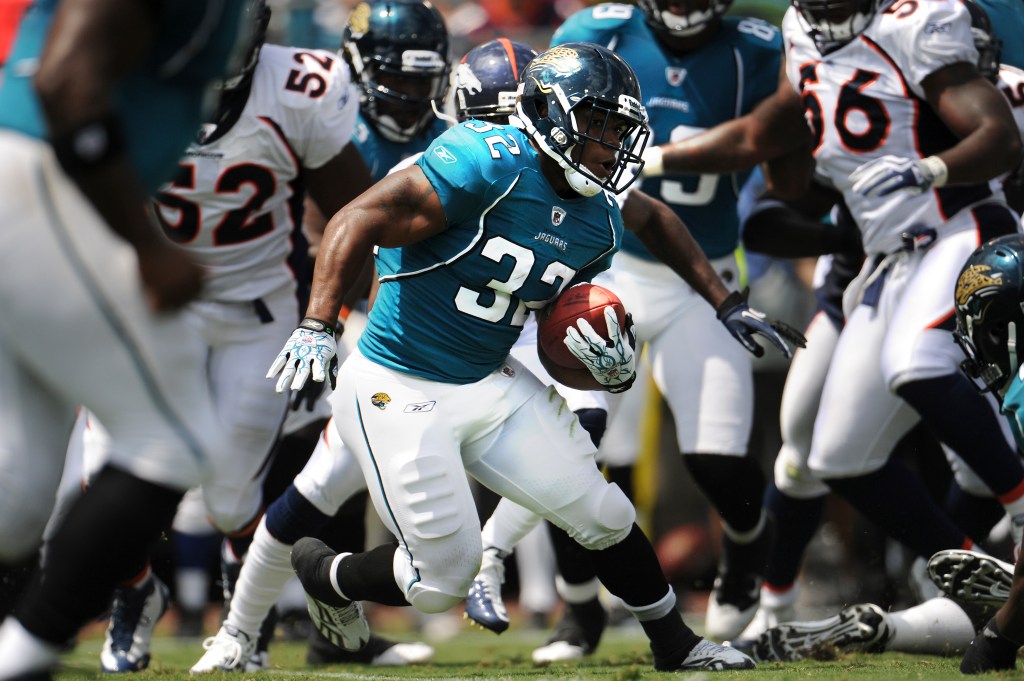 BOULDER — If you’re not exactly ready to run through a brick wall for Karl Dorrell yet, Maurice Jones-Drew has a little story. And a warning.

Dude throws it back to September 2005, when MJD, the former UCLA All-American and three-time Pro Bowl tailback, was yapping with reporters after watching tape for the Bruins’ second opponent that season, the Rice Owls.

“I was really confident, running my mouth a little bit,” recalled Jones-Drew, the current NFL Network analyst. “I think I said, ‘If we don’t beat this team by 60, if we don’t put up 50 points, this is not a good game for us.’”

The next day, his phone rang.

“Hey, man,” scolded Dorrell, the Bruins’ head coach at the time. “What are you doing?”

“I just felt like watching that tape, offensively, we should dominate this team.”

“I think your number,” Dorrell countered, “was too low.”

Jones-Drew chuckled at that one.

“He was kind of checking me,” Jones-Drew said from the NFL Combine in Indianapolis. “But he was also saying, ‘We should do better.’ And that was his message: ‘Don’t set limits on yourself.’

Don’t let the dulcet tones and level head at last Monday’s news conference fool you. If your throat is the only thing standing between Dorrell and sweet victory, CU’s new football coach is stepping all over that bad boy.

Also, he’ll grow on you, given time. Time and a fair shake.

“Jon Embree was a coach for two years at CU, they didn’t give him a chance,” Jones-Drew said of Dorrell, who posted a 35-27 record in Westwood. “I know Mel (Tucker) really well, I thought that was a phenomenal hire. But if you love your coach, you have to give him an opportunity.”

There’s also the matter of the elephant in the room, the 13 years between head-coaching stops. What did CU see that other schools passed on, repeatedly, since UCLA let Dorrell go in December 2007?

“I don’t know if he didn’t interview well. I don’t know what’s going on,” Jones-Drew said. “What

I do know is, he’s a tremendous coach. And he’s learned. For me, he’s put his time in. He was a head coach. We were very successful. He got fired. I don’t know why. He was very successful.

“(Dorrell) had an opportunity to go back out there and showcase his abilities and I hope CU gives him the time to build this program. I hope people realize that Alabama wasn’t good when I was in college. It took time for (Nick) Saban to go in there and build that thing up.”

Jones-Drew knows full well what CU players are thinking right now, having played for Dorrell as a collegian from 2003-05 and also for Tucker as a member of the Jacksonville Jaguars in 2011 — a five-game stretch in which the former Buffs boss posted a 2-3 record as an interim.

“I think they’re completely different people, but they have the same message,” MJD said of the last two CU football coaches.

“Mel’s a fired-up guy. Relentless. I remember we’re in Jacksonville and he tore his quad and so he had to have a cart. And the cart said, ‘Relentless’ on it. And when that cart broke, the next one, he put a license plate on it that said, ‘Relentless II.’

“Karl is more a straight-ahead guy. He’s coming from the (NFL). It’s funny to me why more colleges don’t get coaches from the NFL. Alabama went and got Saban from the NFL, his pitch was, ‘I’m going to have you ready for the NFL.’ And that’s what Karl’s going to do. He always challenged us to be better.”

To wit: UCLA 63, Rice 21. If you get stuck on the “speaking softly” part of the package, you just might miss the big stick.

Free ebooks online download pdf Someone Who Will Love You in All Your Damaged Glory: Stories by Raphael Bob-Waksberg English version