Apologies if you’ve heard this one before, but there are some lines, some passages that just stick. A page in a book often returned to is No 174 of Matt Busby’s short paperback autobiography called Soccer At The Top. It was written in 1973, when Busby was 64 and still loved.

These are the final lines on the last page of a book covering an epic life in football that encompassed great tragedy as well as triumph and Busby asks rhetorically of the lessons he has learned.

The first is not to open his mouth too wide – “or I shall certainly put my foot in it.” It’s pragmatic, unsurprising.

But then Busby takes a turn that would have left some of even his finest players floundering. “Respond to warmth with warmth,” he says, “and encourage it if yours need to be the first move.”

It has an almost biblical feel, not your standard, ‘run hard, always give your best,’ kind of advice. It was philosophical, human. And there’s more.

“In management,” Busby says, “be not remote, but give respect and, even more important, give affection, if you expect to receive it.”

Unexpectedly – again – it is a philosophical, human idea, “affection”. And it takes over. 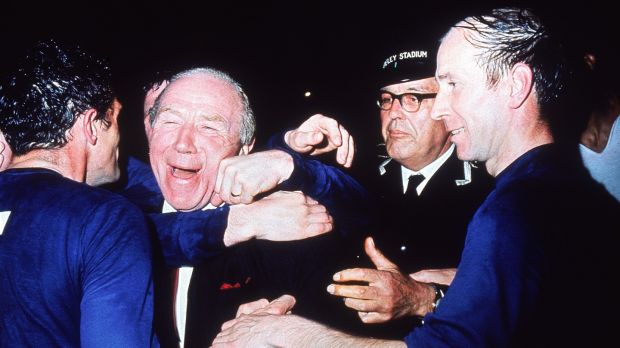 Chapter one of the book is called ‘The Young Dictator’ and begins with Busby reprinting the letter he received from Manchester United’s chief scout and all-round fixer Louis Rocca in December 1944. It was the opening of a negotiation that would see Busby become manager.

At 35, Busby was pretty sure of himself – “Call it confidence, conceit, arrogance or ignorance . . . I would accept the managership of Manchester United only if they would let me have it all my own way . . . I would be the boss.”

Thirty years later, 30 years of drama, power and influence, Busby’s self-confidence had mellowed into something we might recognise as self-knowledge. Reflection had clearly provoked deep feelings. He recalls hearing the suffering of Duncan Edwards in a nearby hospital bed in Munich.

Perhaps it was those memories, and a growing awareness of how people are remembered, that stimulated the last line of Busby’s book: “Without affection we might win something today but in the end will have gained nothing.”

You might expect to read that sort of last line in a novel or in the New Testament but not in a football autobiography. Which is why it sticks.

Busby had come to understand why an emotion such as affection mattered every bit as much as a shrewd signing or a tactical tweak. It is about affecting people and their memories of being affected. It is not sentimental, it is true. It is why there are statues of players and managers outside grounds. It is why there is a Cruyff Arena, a Blanchflower Park.

Busby’s lines came back as Gareth Bale flew into Tottenham Hotspur from Real Madrid a few days on from Jack Grealish signing a new five-year contract at Aston Villa.

Clearly a factor in both of these players’ decisions is the absence of attractive alternatives. We could add cash, though Bale and Grealish would be rich wherever they go.

And then there is affection. To talk of it in Ireland with regard to Grealish is to

strike a match. Grealish’s international disloyalty was felt by some more than others, but there is a niggle of grievance.

It is an altogether different picture in Birmingham. It is 20 years since the 25 year-old first ran about the club and having developed into their most precious asset, Grealish’s loyalty is felt locally. “My city. My club. My home” was the tag accompanying his £140,000 per week deal and it was not wholly manufactured. Grealish and Villa fans share mutual affection and had he been sold this summer, many would have wished him well. Grealish had helped Villa stay up. That he has stayed only ups the relationship.

It is similar with Villa manager Dean Smith, a Villa fan and the son of a steward who died during the Covid pandemic. These things matter, particularly if Villa are successful in the next couple of years, but even if they are not.

It would be going too far to say that existing sentiment towards Grealish at Villa makes this a win-win choice for him, but it certainly looks more favourable than Bale’s situation at Real, and possibly at Tottenham. 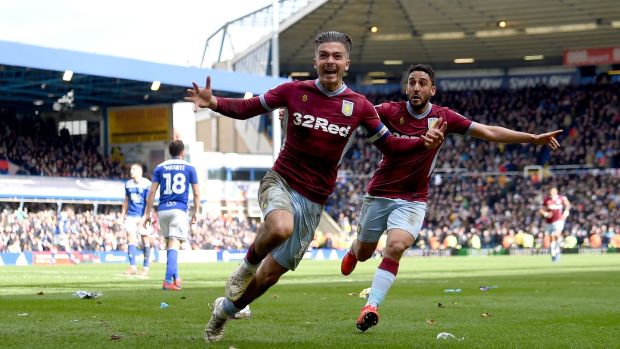 Bale turned 31 two months ago. He is not an old footballer, nor is he one who has been worn down physically. He should have a spring in his step going back to Spurs after seven years in Madrid and if he does well then he will be regarded as a sharp loan signing by the club. In turn, fans will have their feelings rekindled.

But if it goes well for Bale in London, if he makes a difference on the pitch and if he smiles when doing so, how will that be seen in Madrid? And will Bale care?

Bale occupies an awkward place in Real Madrid’s affections, or lack of them. Take the official tour at the Bernabeu and Bale’s staggering overhead kick in the 2018 Champions League final against Liverpool is the first goal shown. This is a club founded in 1902. Bale is a piece of its history.

He has won four Champions Leagues in his seven seasons there, two La Liga titles and a Copa Del Rey. He has scored spectacular goals and understandably supporters are keen to fall in love with a player of such dynamism. For a while they did.

But then they began to sense their warmth was not reciprocated. A perception was that Bale was shy, then indifferent and then cold. There was the golfer nickname. His last La Liga goal was this month last year. For some time Bale has appeared to be unexcited at a club paying him £30m a year. There has been a stand-off with manager Zinedine Zidane. It means this Real player, who won major trophy after major trophy, is a difficult presence at the Bernabeu. And it really shouldn’t be this way. Bale should be a Real hero, but is not. His is a strange kind of glory.

Which returns you to Busby. He, too, had stand-offs and was unquestionably a harder man than the last paragraph of his book suggests. But he had that other side to him. He grew, came to understand that’s it’s not simply about winning, it’s how you play and how you win or lose. No-one can win forever. We all have favourites who are not the greatest. They are themselves and you feel affection for them and that’s enough.