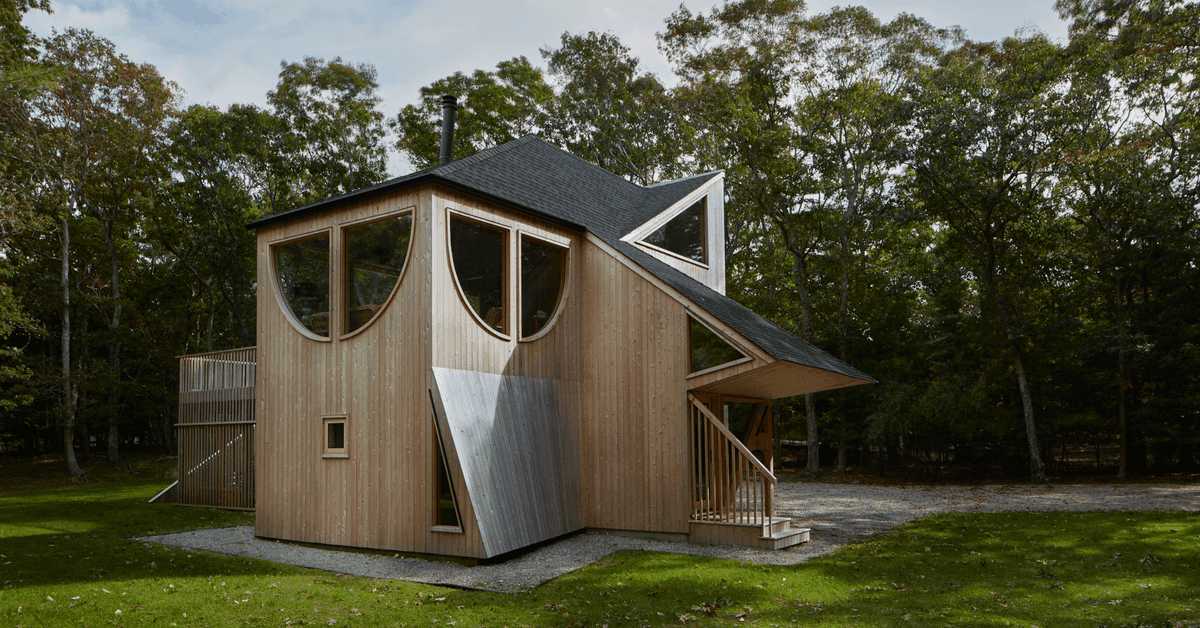 In 1968, architect Andrew Geller, best known for his midcentury beach houses, designed a strange little home in East Hampton, New York. The Antler House, as it was called, featured a pale wood facade marked by geometric windows and an asymmetrical roof, and a generally peculiar shape that seemed to follow no rule of any kind.

Over the years, new owners of the home added more traditional features to the house, muting Geller’s whimsical vision. Now, the house’s original architectural quirks are once again getting their due thanks to a restoration Brooklyn and Virginia-based design studio by Architecture AF.

“We wanted to change the house as little as possible, but add a few creature comforts,” says architect Forrest Frazier. “We consolidated all changes to the back side of the house, which was least exposed to the street.” 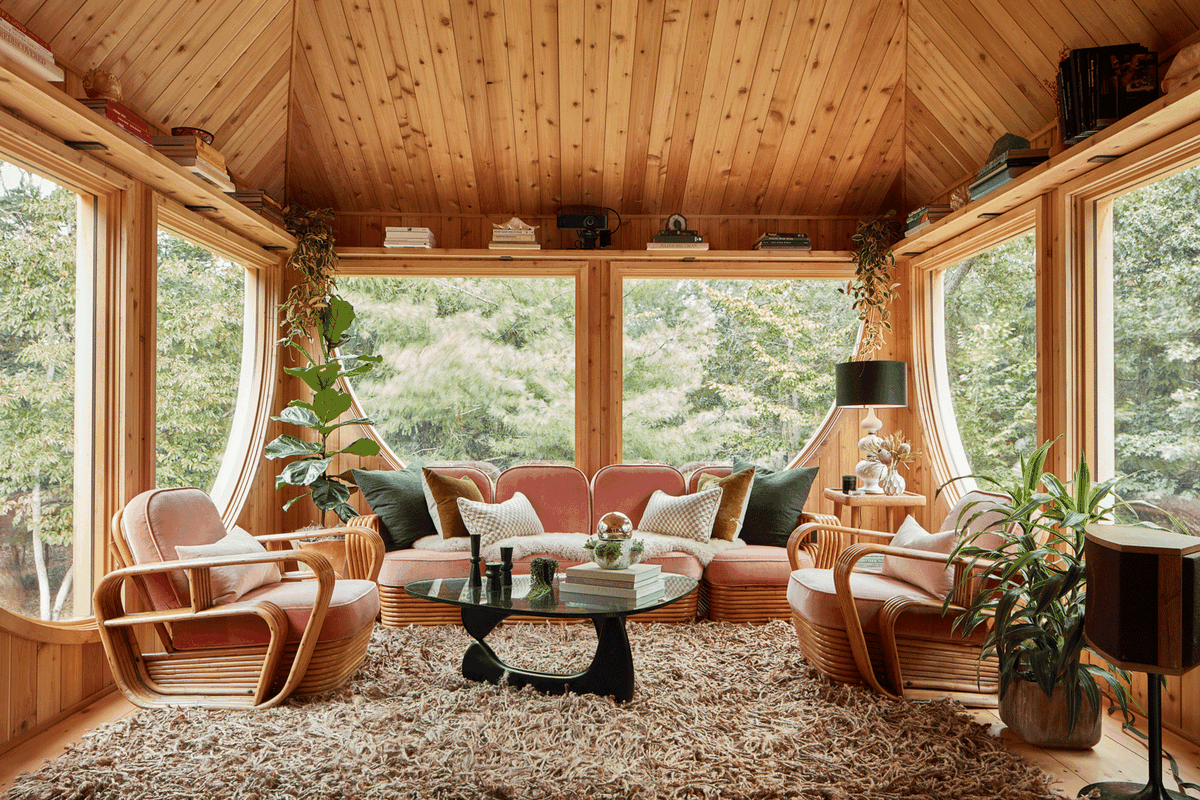 Armed with the original drawings, the

team stripped back the tacked-on additions, rehabbed the original cedar cladding, and restored Geller’s most novel idea—the “owl’s eye” great room, which features three walls of semi-circle windows. “I’ve never seen anything like them before,” Frazier said. “Needless to say, restoring them was a labor of love.”

The biggest addition was an expansive back deck that’s reached by climbing a set of stairs obscured by a triangular slant of wood beams. Sculptural, geometric, and playful, it’s the perfect fit for a house designed by Geller, who was once called the “architect of happiness.” 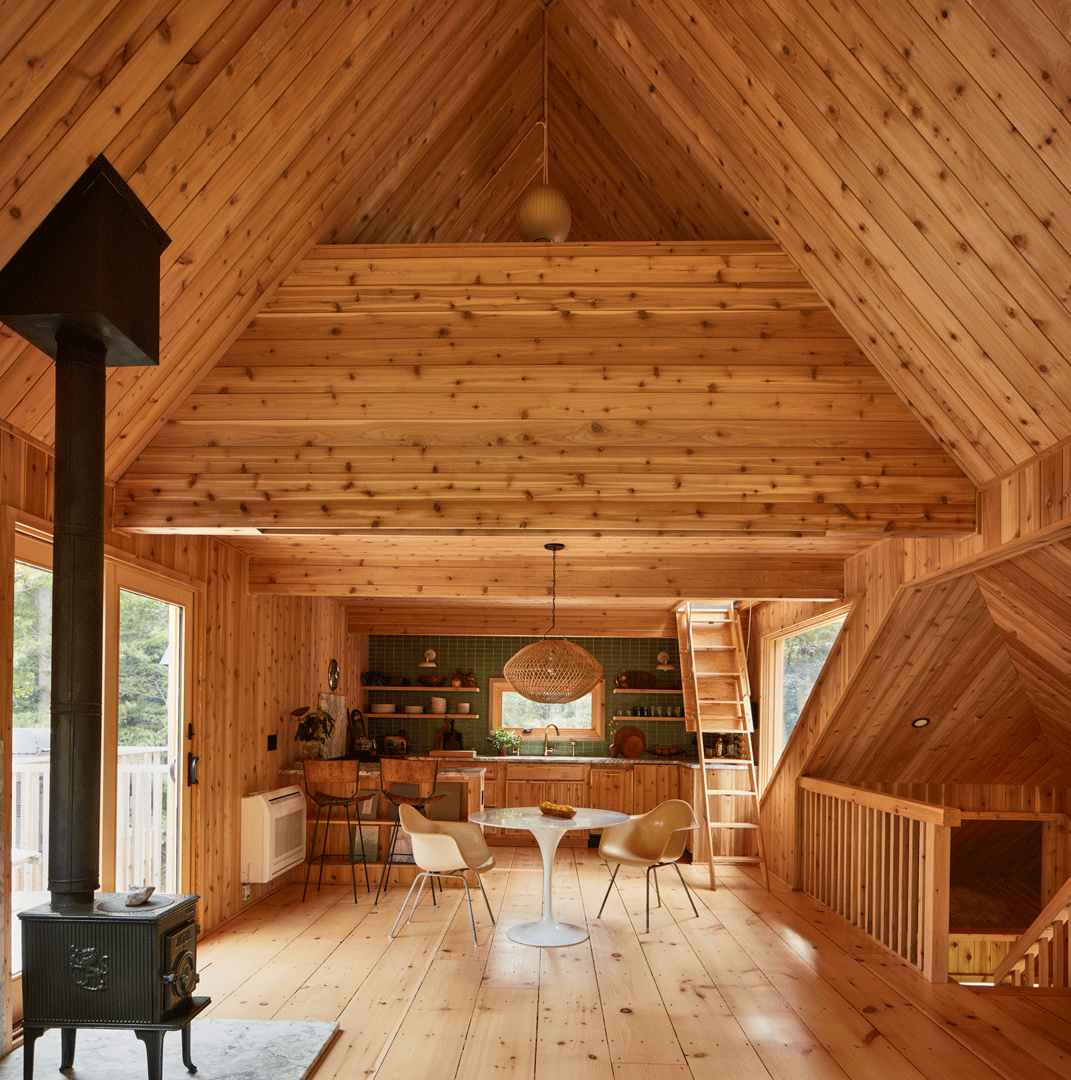 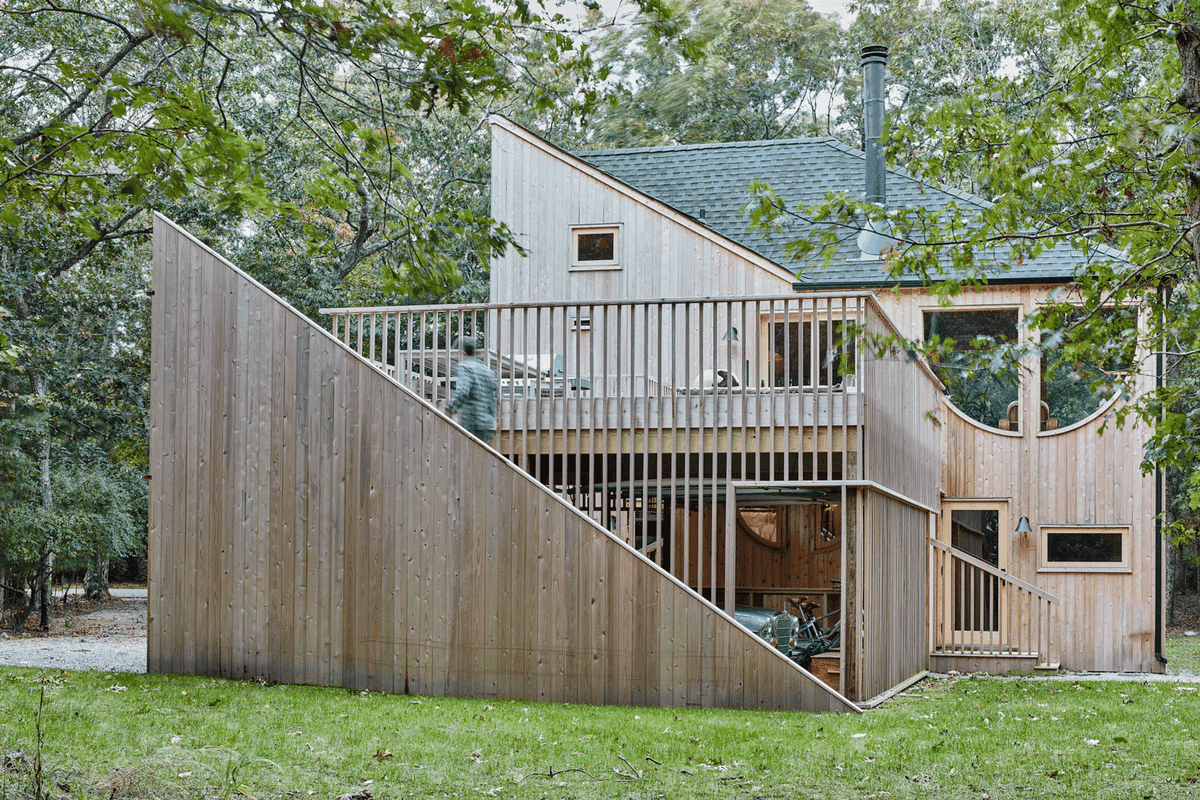 A daily dose of design and real estate news, intel, and eye candy

By signing up, you agree to our

and European users agree to the data transfer policy.

Donald J. Trump – I take no Responsibility for Imbleachment