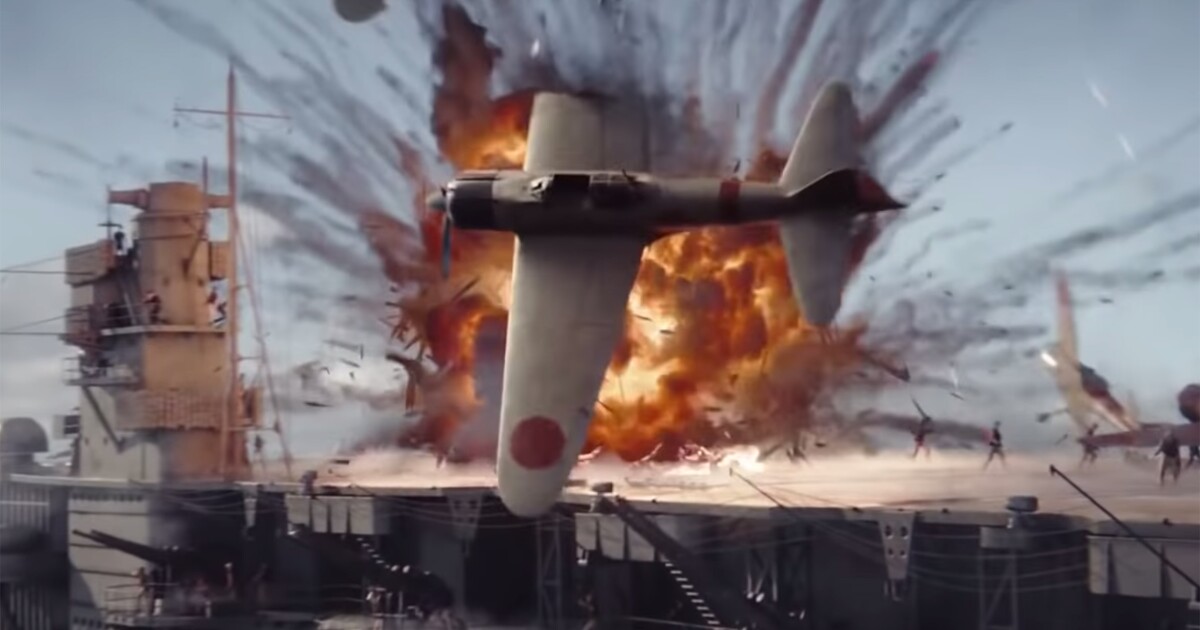 It looks like Hollywood is about to give us a movie which matches historical accuracy to patriotic pride. At least, that’s my takeaway from the new trailer for Roland Emmerich’s Midway. Due to be released this Veterans Day weekend, the movie explores a battle that turned the tide of a war.

The trailer starts off with some context, with intense battle scenes from Imperial Japan’s Dec. 7, 1941, attack on Pearl Harbor. It then transitions to the Doolittle Raid of April 1942. Though causing little tactical damage to the Japanese homeland, Doolittle’s bold bomber force attack won two strategic victories for the United States. It punctured the Imperial Staff’s arrogance and inspired Americans shaken by Pearl Harbor.

Then the trailer brings forth its namesake. We see Edwin Layton and the Pacific Fleet debating over intelligence — crucial to Midway — about where Japan will strike next. We see the brilliant Adm. Chester Nimitz pushing to regain the initiative. And then, following an SBD Dauntless performing a deliberate stall while being chased by a Japanese Zero (this would not end well in real life), we see the battle.

trailer’s battle scenes show Midway as it was and as it was won; via heroic American aircrews navigating a bloody mess of relentless Japanese anti-aircraft fire. During the battle, 150 American planes were lost, but it was a battle worth winning.

After Midway, the Japanese Navy was broken, four of its carriers lost at the cost of one American carrier, Yorktown. The strategic consequence of the battle was thus vast: Japan was forced from an offensive to a defensive posture, unable to risk its remaining capital ships in new major offensives towards Hawaii. For America and allies such as Australia (which had recently suffered its own version of Pearl Harbor), Midway gave root to new confidence. After June 1942, there was a sense that the war would eventually be won.

Of course, winning would be far from easy. Many more would have to fight terrible battles before peace came. Marines, like Ernest Kernen and my grandfather, often foremost among them. But the path to Japan’s surrender on Sept. 2, 1945, began at Midway.

This is an overdue movie of great potential. Or put another way, a movie Beto O’Rourke needs to watch.

The Strange Saga of Gregory Hemingway

Singing in the rain with 10,000 Evertonians: the personal story of an FA Cup away day at Notts County in 1984