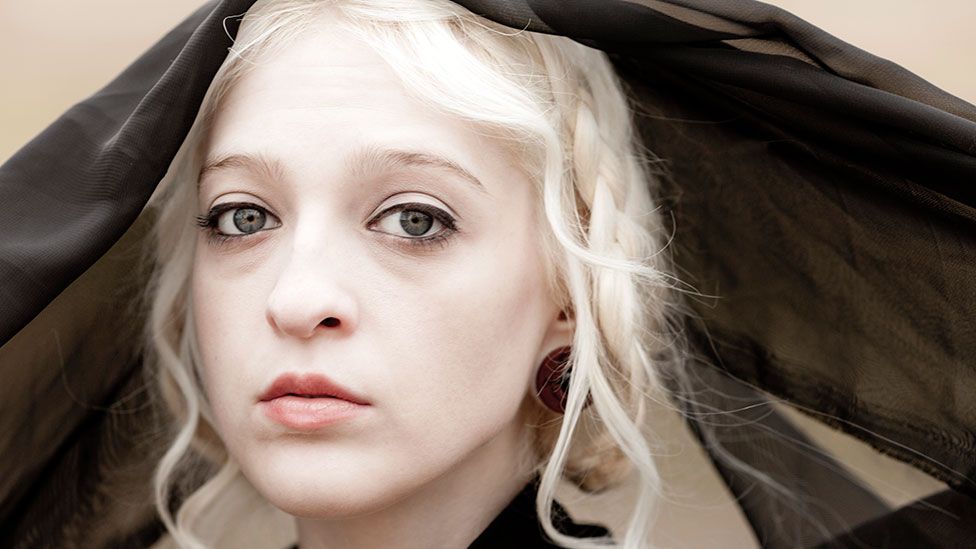 As a new exhibition explores a century of mourning attire, Lindsay Baker discovers a strong connection between grief – and glamour.

It may seem incongruous – distasteful even – but the morbid and the modish can go hand in hand. The colour black, once a statement of bereavement, is the ultimate, default fashion hue – timeless, classic, chic and silhouette-defining, it is the shade most frequently worn by fashion editors. And recently, the intimations of mortality have been apparent on the runway. At the Spring/Summer 2015 shows, Gareth Pugh’s collection featured pale models in dramatic black gowns or hooded creations in sackcloth, while Givenchy’s Riccardo Tisci created undeniably funereal dresses embellished with crosses. And like it or not, youth culture continues to be fascinated by melancholia and all things gothic, while traditional Mexican Day of the Dead costume has also inspired recent trends.

In fact, funeral wear and fashion have been intertwined for centuries, each influencing the other. A new exhibition at the Metropolitan Museum of Art in New York, Death Becomes Her: A Century of Mourning Attire  explores this rigidly codified fashion phenomenon and the connections between grief and glamour through a collection of bereavement gowns made in the United States and the United Kingdom from 1815 to 1915.  With the mortality rate high, mourning attire was a booming and creative industry during the era, and many middle-class women were in official mourning for a large portion of their lives. 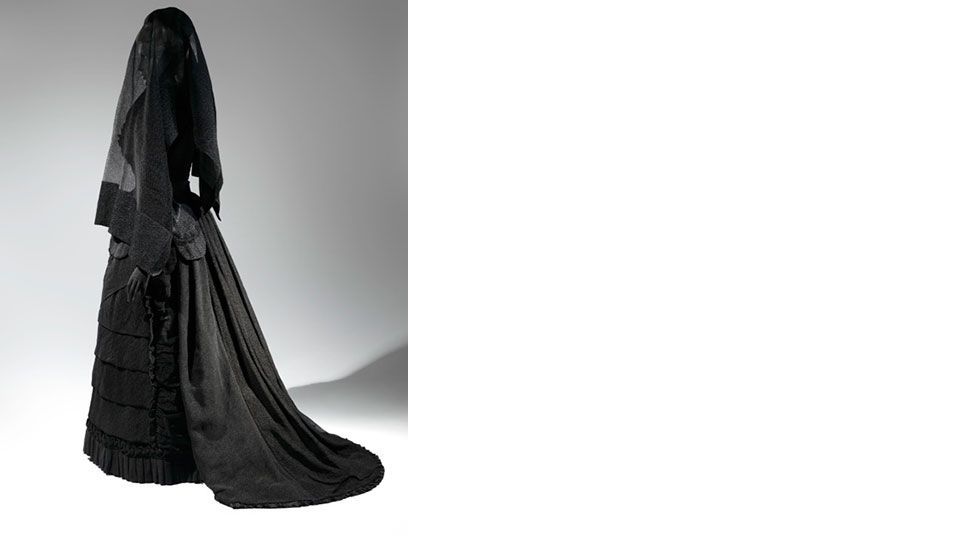 Black was traditionally a colour reserved for the clergy, nuns or the bereaved (The Metropolitan Museum of Art)

Such is the ubiquity of black in fashion, it’s easy to forget that it was traditionally a colour reserved for the clergy, nuns or the bereaved. And, as it turns out, the ‘widow’s weeds’ (from the Old English word waed meaning garment) have their origins in monastic dress. Simple, black, nun-like garments were seen as a “gesture of humility”, says Jessica Regan, assistant curator at the Met who, along with chief curator Harold Koda, put the exhibition together. “It was an indication that the wearer was removed from the vanity of changing fashions,” she tells BBC Culture. One 19th-Century etiquette manual for mourning included in the exhibition described black as “an appropriate indicator of the deprivation of life, as it represented a deprivation of light.”

An 1890s evening dress worn by history’s most famous mourner, Queen Victoria, made of black taffeta and mousseline de soie trimmed with lace and mourning crepe, is conservatively cut. But it’s not all black – mourning codes of etiquette were complex. Queens of France wore deuil blanc (white mourning), and included in the exhibition are examples of ‘half-mourning’ wear which was traditionally grey or purple, including two extraordinary – and rather flashy – evening gowns worn by Queen Alexandra the year following the death of Queen Victoria, made of fine silk tulle densely embroidered with sequins in shades of mauve. Not in the least nun-like, it must be said.

It was not unusual for style-conscious mourners to bend the rules, it seems. “Mourning dress absorbed the details of contemporary fashions, in silhouette, and even modes of embellishment,” says Regan. “Although fashion magazines and advice books on etiquette emphasised that mourning garments should be a simplified version of the prevailing fashions, many women ignored this advice, and wore mourning that maintained all the elaborate details of high fashion, made up in materials considered suitable.”

It’s this tension between respectful modesty and fabulous fashion that is at the heart of the exhibition – and of mourning attire in general. If the 20th Century has a stand-out embodiment of funereal chic, it was the 1963 funeral of John F Kennedy, when images of his grieving widow made her an icon of grief. Jackie Kennedy’s short but dramatically heavy veil and neat, black Givenchy suit were at once supremely modest and perfectly stylish, the quintessence of elegant widowhood.

And the dual function of the veil was as true for Jackie Kennedy in 1963 as it had been a century earlier – to act as armour as well as a signifier of grief.

As Jessica Regan puts it: “The roots of the tradition of widow’s veiling lay in the veils of nuns, which were emblematic of modesty and chastity.  The mourning veil was often described as a means of shielding the mourner, and hiding her grief, though mourning dress was also a form of public display, viewed by some women as an outer expression of inner feelings.” 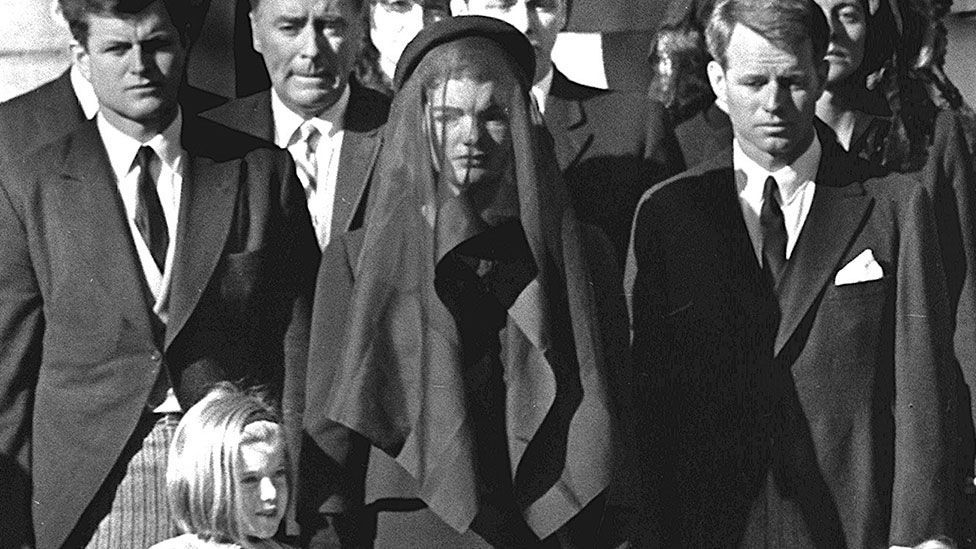 The significance of the veil, though, was also in the eye of the beholder. Widows, particularly rich ones, were sought after and gawked at. One American etiquette book, published in 1855 states: “Black is becoming, and young widows, fair, plump, and smiling, with their roguish eyes sparkling under their black veils are very seducing.” As the Met’s Ms Regan puts it: “The veil was at times described as a protection against unwanted social interactions during a period of grief.  Widows were often represented in popular culture according to certain stereotypes – as women vulnerable and worthy of sympathy, or alternatively, women who were alluring to men, and whose relative freedom presented a potential disruption to the prevailing social order.” So the image of the widow behind her black veil became synonymous not just with elegance and style but also sex appeal. In other words, the black, veiled attire came to embody the very thing it set out to hide.

The crossover between grief and fashion can be a vexed question, and remains so even for modern-day funeral goers. According British etiquette authority Debrett’s, “While it is not necessary to dress head-to-toe in black, all those attending a funeral should be sombrely dressed.” Stilettos are not recommended, it adds. But increasingly, ‘paying respects’ is open to interpretation. Solemnity and conformity are still expected at a funeral, but then, increasingly, so too is the sense that those who are attending have made an effort, or have dressed in a way that honours – or is true to the spirit of – the deceased. 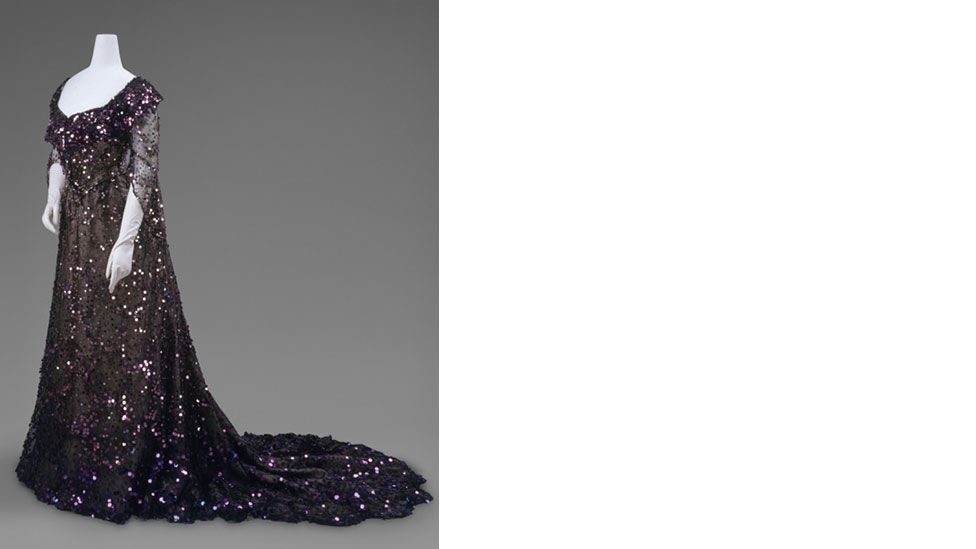 This is particularly true of the fashion-industry funeral. At the memorial Mass  at Milan’s Gothic cathedral in 1997 to mark the death of Italian designer Gianni Versace, mourners included fellow designers Giorgio Armani and Valentino, plus style luminaries like Princess Diana, Naomi Campbell, Anna Wintour and Carolyn Bessette-Kennedy – many  wearing the designer’s show-stopping outfits. The priest Rev Angelo Majo reportedly opened his address with: “We are gathered here this evening not for a show, but for an act of faith.”

Similarly, at the funeral in 2010 of British designer Alexander McQueen, many mourners attended the service at St Paul’s Church in London’s Knightsbridge dressed in the late designer’s own creations, extravagantly styled in a way that McQueen – as a provocateur and fan of gothic drama – would no doubt have appreciated. Heiress and fashion patron Daphne Guinness wore a heavy black veil and a billowing black cape from McQueen’s 2002 collection, with towering platform shoes; Naomi Campbell wore an elaborate feathered creation and high, gold-heeled boots and Kate Moss wore a huge black fur stole – teamed with five-inch stilettoes. 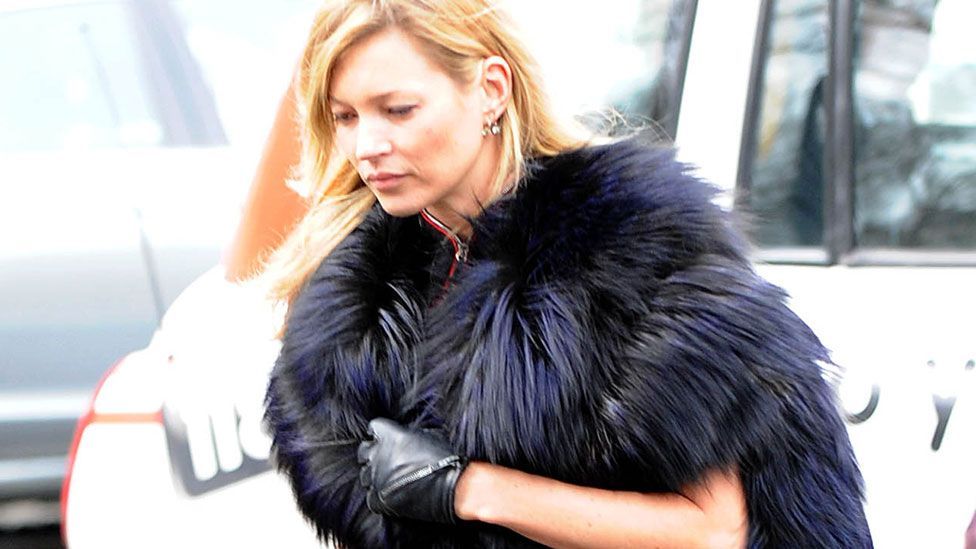 Such sexy flamboyance may not meet with Debrett’s approval, but was certainly a fitting tribute, an apt ‘send-off’ by the bereaved. What is, after all, the perfect funeral outfit? “One that feels most appropriate to the mourner,” is Jessica Regan’s verdict. “Whether he or she wishes to emphasise the solemnity of the occasion, or prefers a garment that is more cheerful in appearance, as an expression of the joy experienced during the deceased’s life.”