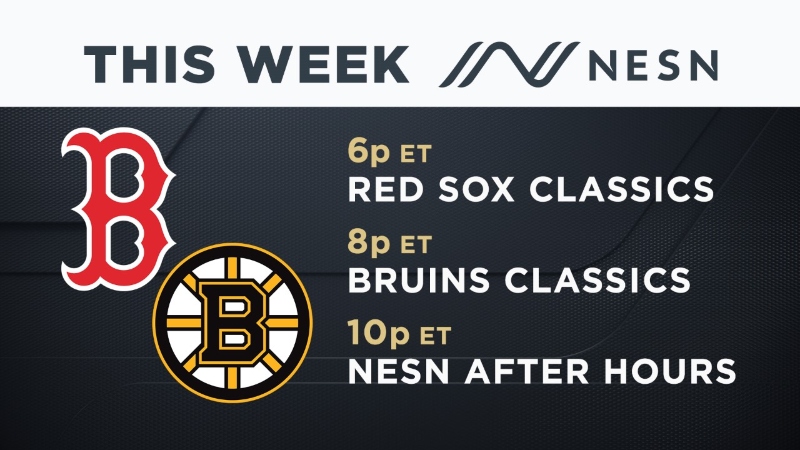 Red Sox:
NESN will air 2013 Red Sox postseason games at 6 p.m. ET Monday through Saturday next week and will follow the team’s run to the 2013 World Series Championship. The next eight weeks will follow the Sox on their championship runs in 2004, 2007, 2013 and 2018, starting next week with 2013. The next week of programming is as follows (and the following week will continue the 2013 postseason run):

Bruins:
Bruins programming will consistently air at 8 p.m. ET Monday thru Saturday next week and moving forward. The next five weeks will follow the B’s in their journey to win the 2011 Stanley Cup Final. Next week will start off at 8 p.m. on Monday with Neely 50 in 44, airing the game in which Cam Neely reached his remarkable milestone of fifty goals in forty-four games (March 7, 1994 versus the Washington Capitals), followed by a debut episode

of NESN’s “My Story,” featuring Chris Wagner at 9 p.m. The schedule for next week is as follows:

Hockey East:
The Hockey East marathon will begin at 2 p.m. ET on Friday on NESN+ and will include:

All schedules are subject to change. For updates to the schedule and new information, follow @NESNPR.

Thumbnail photo via via NESN

Here’s the production Honda E in all its glory