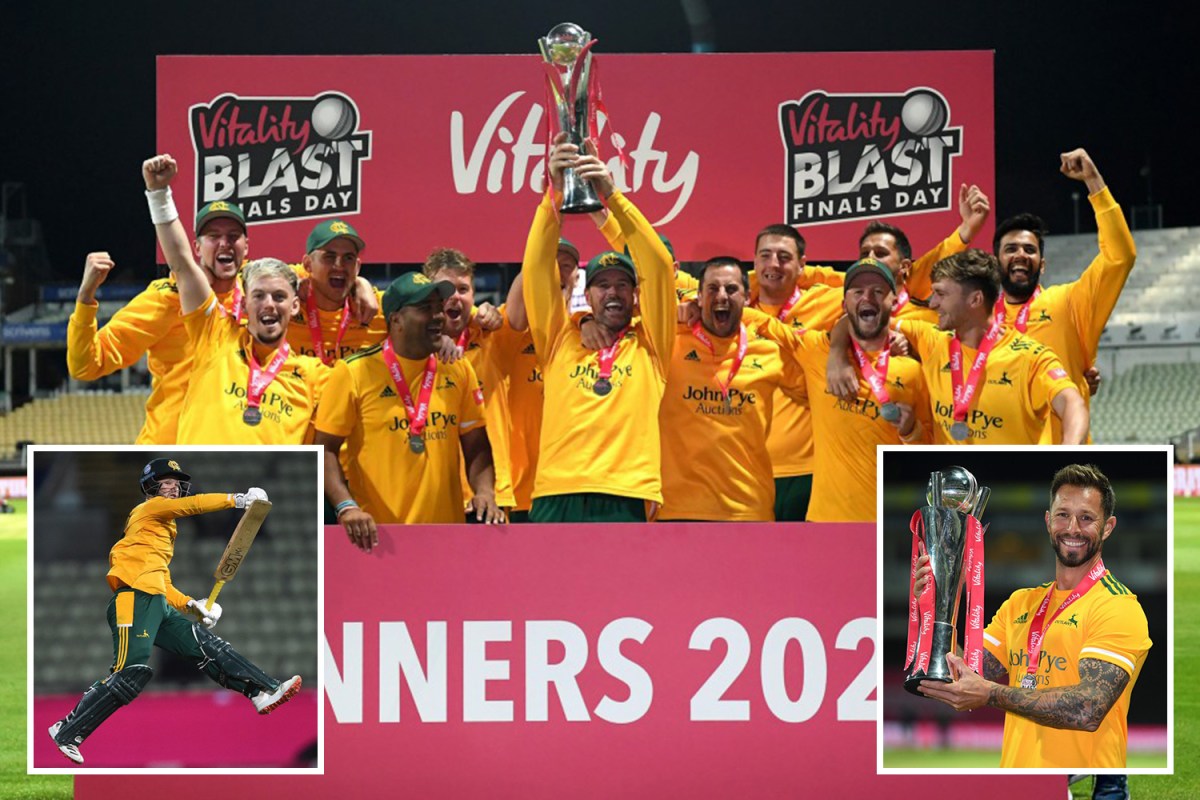 The Outlaws overcame Surrey by six wickets with 16 balls to spare in the decider at T20 Blast finals day at Edgbaston.

Ben Duckett celebrates as he leads the way with a big performanceCredit: Getty Images – Getty

October 4 is the latest end in history to the English season and the final concluded at 9.45pm after the rain eventually relented.

Left-hander Ben Duckett guided the Outlaws to their target of 128 in 16 overs with a controlled innings of 53 not out from 38 balls.

He played Tests and one-dayers for England in 2016 but faded from the scene amid a couple of disciplinary issues. He believes he is good enough to play international cricket again.

Notts were euphoric following their agonising one-run defeat in the semi-finals last year.

Duckett, who hit the winning runs with back-to-back boundaries off Surrey skipper Gareth Batty, said: “After losing in the semi last year, it’s a good feeling to get the boys over the line.

the gaps at the end and we got over the line quite convincingly.”

After Saturday’s washout, the action began at 3.15pm with the semi-finals reduced to 11 overs-a-side and the final a 16-over affair.

Surrey’s innings started badly and finished worse. Only a third-wicket partnership of 90 between England’s Jason Roy and ex-Sussex batsman Laurie Evans allowed them to reach 127-7 in their 16 overs.

They failed to strike a boundary from their last 29 deliveries.

In reply, Notts were in big trouble at 19-3 but Duckett and 39-year-old  veteran Peter Trego — in his first T20 match of the summer — pulled things round with a fourth-wicket stand of 63.

He made 31 from 21 balls before being lbw to left-arm spinner Dan Moriarty. Captain Dan Christian joined Duckett and helped finish the job in a hurry.

Get to know Clare Ratcliffe, Ben Stokes’ wife and mum to his kids

BOWLING A MAIDEN OVER AGAIN

Notts beat Lancashire comfortably in their semi-final, although their players were warned by the umpires for excessive foul language.

Christian took his team to the brink by whacking four successive sixes off Liam Livingstone.

Surrey swept aside Gloucestershire in the first semi but were no match for Notts’ experience, nous and skill.

The Aztecs: Blood and Glory | History